There was bad news and good news in last Friday's unemployment report.

In the negative column, fewer jobs were created in the United States than economists had predicted, and January's jobs gains were not as strong as December's had been. In addition, the December jobs increase was revised downward from 292,000 to 252,000, according to Barron's.

On the positive side of the ledger, more than 150,000 new jobs were added in January. The unemployment rate fell below 5 percent for the first time since February of 2008 and earnings increased. In total, average hourly earnings have moved 2.5 percent higher during the past 12 months.

Good news plus bad news equals uncertainty. As we've seen, that's a state of affairs markets strongly dislike. In January, slower growth in China and low oil prices had markets in a tizzy. Last week, the Standard & Poor's 500 Index gave back more than 3 percent as investors tried to decide whether employment news indicated a rising risk of recession in the United States, according to Barron's.

When investors are emotional and markets are volatile, it can be helpful to remember the words of Ben Graham, author of The Intelligent Investor, who believed a company's intrinsic value should be measured by its operating performance rather than its share value. Warren Buffett shared Graham's thoughts on 'Mr. Market' in a 1987 shareholder letter. In part, it cautions:

"...Like Cinderella at the ball, you must heed one warning or everything will turn into pumpkins and mice: Mr. Market is there to serve you, not to guide you. It is his pocketbook, not his wisdom, that you will find useful. If he shows up some day in a particularly foolish mood, you are free to either ignore him or to take advantage of him, but it will be disastrous if you fall under his influence."

So, how are companies performing? It depends on which you own but, during the current quarterly earnings season, most companies have reported earnings that exceed expectations. That's not something that tends to happen during recessions, according to Barron's.

SETTING AN EXAMPLE FOR FUTURE GENERATIONS... Do your children or grandchildren spend summers mowing lawns, repairing computers, or selling movie tickets? Perhaps, they have part-time jobs during the school year, bagging groceries, or working in a local shop. No matter the type of work done, if a young person has earned income, he or she can save in a Roth IRA.

While saving for retirement probably isn't even a blip on the radar for most young people, their older relatives are aware of the challenges related to saving for and generating income in retirement. Many also understand the importance of starting early - a task that has been made easier by custodial Roth IRAs. It is now possible to establish Roth IRAs for children who are younger than age 18, as long as they have earned income.

Communicating the importance of saving for retirement (and other goals) to younger family members is important, especially when the 2015 Employee Benefit Research Institute's Retirement Confidence Survey found about 39 percent of working Americans are not currently saving for retirement. Since actions often speak louder than words, a Time.com reporter offered this suggestion:

"Most kids will not have the ability or discipline to fund the account through their earnings. But adults can reward their hard work by contributing on their behalf. This demonstrates the value of saving... The additional saving is all the more important for young people, who will have fewer sources of guaranteed lifetime income in their retirement years."

Money Chimp's compounding calculator suggests a one-time $5,000 investment, earning 6 percent a year on average, would be worth more than $178,000 in 60 years. That could become tax-free income for a child or grandchild's retirement if the investment was in a Roth IRA. Please keep in mind, this is a hypothetical example and is not representative of any specific situation.  Your results will vary.  The hypothetical 6% return used is not guaranteed and does not reflect the deduction of fees and charges inherent to investing.

Of course, one attractive aspect of a Roth IRA account is the assets also can be used, penalty-free, for college tuition or the purchase of a first home, as long as certain requirements are met (including the account having been open for at least five years). About the Roth IRA: The Roth IRA offers tax deferral on any earnings in the account.  Withdrawals from the account may be tax free, as long as they are considered qualified.  Limitations and restrictions may apply.  Withdrawals prior to age 59 ½ or prior to the account being opened for 5 years, whichever is later, may result in a 10% IRS penalty tax.

"Politics is the art of looking for trouble, finding it everywhere, diagnosing it incorrectly, and applying the wrong remedies."

If you ever end up with your ball in a divot or lying in thick grass, a toe chip can help you get it out of the grass and on to the green. Here's how:

Roth IRAs hold another advantage, one that becomes increasingly important as you age through retirement. Virtually every other tax-sheltered plan requires you to begin taking required minimum distributions (RMDs) no later than 70 ½. Roth IRAs stand alone among plans as they do not require RMDs. This allows you to continue accumulating money in your Roth during the time when you must draw down the balances of your other retirement accounts - possibly reducing the risk that you'll outlive your money. 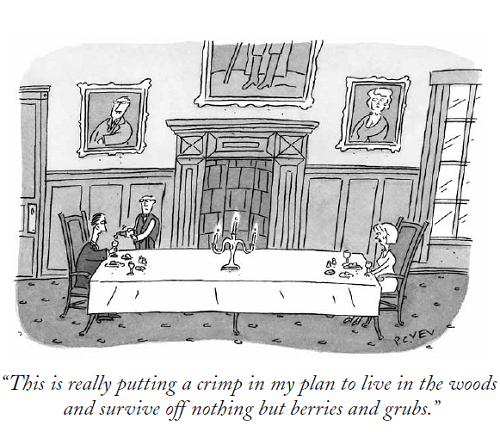