Are markets suffering from excessive worry?

Last week, markets headed south because investors were concerned about the possibility of negative interest rates in the United States - even though the U.S. Federal Reserve has been tightening monetary policy (i.e., they've been raising interest rates).

The worries appear to have taken root after the House Financial Services Committee asked Fed Chair Janet Yellen whether the Federal Reserve was opposed to reducing its target rate below zero should economic conditions warrant it (e.g., if the U.S. economy deteriorated in a significant way). Barron's reported on the confab between the House and the Fed:

"Another, equally remote scenario also gave markets the willies last week: that the Federal Reserve could potentially push its key interest-rate targets below zero, as its central-bank counterparts in Europe and Japan already have. Not that anybody imagined it was on the agenda of the U.S. central bank, which, after all, had just embarked on raising short-term interest rates in December and marching to a different drummer than virtually all other central banks, which are in rate-cutting mode."

Worried investors may want to consider insights offered by the Financial Times, which published an article in January titled, "Why global economic disaster is an unlikely event." It discussed global risks, including inflation shocks, financial crises, and geopolitical upheaval and conflict while pointing out:

"The innovation-driven economy that emerged in the late 18th and 19th centuries and spread across the globe in the 20th and 21st just grows. That is the most important fact about it. It does not grow across the world at all evenly - far from it. It does not share its benefits among people at all equally - again, far from it. But it grows. It grew last year. Much the most plausible assumption is that it will grow again this year. The world economy will not grow forever. But it will only stop when... resource constraints offset innovation. We are certainly not there yet."

Markets bounced at the end of the week when the Organization of Petroleum Exporting Countries (OPEC) indicated its members were ready to cut production. The news pushed oil prices about 12 percent higher and alleviated one worry - for now.

CAPITAL HAS BEEN LEAVING CHINA... When Federal Reserve Chair Janet Yellen testified before the House Financial Services Committee last week, she made no bones about the fact the Fed is keeping an eye on economic developments in China and evaluating the ways in which changing circumstances in the country, including currency devaluation, could affect global growth and the U.S. economy.

Yellen is not the only one worried about currency devaluation in China. The New York Times reported Chinese companies and wealthy citizens have been pulling money out of the country because they're worried the purchasing power of their savings will decline significantly if the government further devalues the renminbi. Some have been using renminbi to invest in real estate abroad, buy overseas businesses, or pay off dollar-denominated debt.

Others have been avoiding China's capital controls, which are measures designed to regulate flows from capital markets, by engaging in 'smurfing.' The New York Times described the practice of smurfing this way, "...Individuals are asking friends or family members to carry or transfer out $50,000 apiece, the annual legal limit in China. A group of 100 people can move $5 million overseas."

According to the Institute of International Finance, cited by CNBC:

"The 2015 outflows largely reflected efforts by Chinese corporates to reduce dollar exposure after years of heavy dollar borrowing as expectations of persistent renminbi appreciation were replaced by rising concerns about a weakening currency."

During the final six months of 2015, capital flowed out of China at a rate of about one trillion U.S. dollars annualized, according to The Economist.

"Do not dwell in the past, do not dream of the future, concentrate the mind on the present moment."

Keep the Angle When You Swing

If you're having trouble generating power with your swing, you might be losing the angle before you make contact with the ball. Here's what you should be doing:

From the top of your backswing, drop your hands rapidly and bring the club down. At the bottom, the club shaft should form nearly a 90° angle with your arm.

You don't want to break your wrist angle early because you'll lose all of the power generated by the swing. Take a few practice swings and work on keeping the angle of your wrist and feeling the transition before you make contact. 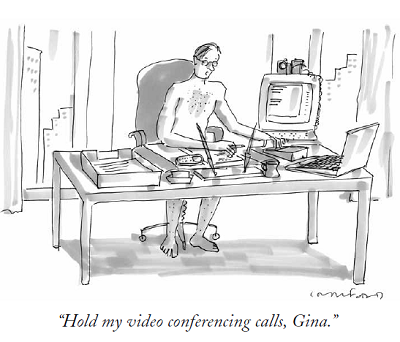