It wasn't as entertaining as the Fantastic Four, The Magnificent Seven, or Ocean's 11 but, last week, we had an opportunity to watch the Group of 20 (G20).

The G20 stars finance ministers and central bankers from 19 countries and the European Union as well as representatives from the International Monetary Fund (IMF) and World Bank. The group meets periodically to discuss the global economy.

At their most recent meeting, the G20 made a commitment to continue to pursue global growth through monetary policy. They also emphasized governments around the world need to do more. The IMF's report stated:

"In advanced economies, securing higher and sustainable growth requires a mix of mutually-reinforcing demand and supply policies. On the demand side, accommodative monetary policy remains essential where inflation is still well below central banks' targets. However, a comprehensive approach is needed to reduce over-reliance on monetary policy. In particular, near-term fiscal policy should be more supportive..."

BloombergBusiness reported the event might have disappointed investors who were hoping for a finale featuring a coordinated stimulus plan for the global economy. If so, it didn't reflect in the performance of U.S. stock markets. ABC News reported an oil price rally helped push stock prices higher last week and so did some positive economic data. Fourth quarter's U.S. gross domestic product, the value of all goods and services produced in the United States, was revised upward from 0.7 percent to 1.0 percent.

All major U.S. indices finished in positive territory for the second consecutive week.

IF YOU LIKE FAST FOOD AND A GOOD DEAL, YOU CAN FIND A REALLY CHEAP BIG MAC IN RUSSIA.The Economist created The Big Mac Index 30 years ago as a rough-and-ready gauge of world currencies. The index is based on the idea that when currencies are aligned correctly, the same product (in this case, a Big Mac®) should have the same price in different countries when that price is denominated in a single currency. This is called purchasing power parity (PPP).

For the purposes of this commentary, we looked at the price of a Big Mac in U.S. dollars. Early in 2016, a Big Mac cost a hungry American about $4.93. In Russia, it cost about a $1.53, in the Euro area $4.00, and in Switzerland, about $6.44. These prices indicate the Russian ruble is undervalued by about 69 percent, the Euro is undervalued by about 19 percent, and the Swiss franc is overvalued by almost 31 percent. Switzerland is an outlier, according to The Economist:

"Americans hunting for cut-price burgers abroad are spoilt for choice: the index shows most currencies to be cheap relative to the greenback. This is partly owing to the Federal Reserve's decision to raise interest rates when the central banks of the euro zone and Japan are loosening monetary policy... Another force weakening many currencies, including the ruble, has been the ongoing slump in commodity prices since mid-2014. Shrinking demand from China and a glut of supply have sapped the value of exports from Australia, Brazil, and Canada, among other places, causing their currencies to wilt, too."

In theory, when a country's currency depreciates relative to that of its trading partners, the country's exports should become more attractive because they are less expensive and should boost economic growth. However, depreciation hasn't produced the results many expected.

One explanation, offered by both the World Bank and the IMF, is globalization. If a country's exports are part of a global supply chain, then the cost of materials imported to create the exports may offset gains from currency depreciation. According to The Economist, "The IMF thinks this accounts for much of the sluggishness of Japan's exports; the World Bank argues that it explains about 40 percent of the diminished impact of devaluations globally."

"If a man does not keep pace with his companions, perhaps it is because he hears a different drummer. Let him step to the music which he hears, however measured or far away."

Go for the Roll

If you are playing a short shot, go for maximum roll since it's much easier to control the ball on the ground. By avoiding a lot of airtime, you don't have to worry about where the ball will land and how far it will bounce. Many amateurs try to fly the ball close to the target and aren't able to consistently land it where they want. Sometimes, if you have an obstacle in the way, flying the ball is your only option. However, practice low rolling chips that use as much of the green as possible whenever you can.

Gifting assets: You are currently allowed to gift $14,000 annually to any number of individuals without reducing your estate tax exclusion. If you are married, your spouse is allowed to gift another $14,000 to the same individual.

Establish AB or QTIP Trusts: Although the federal estate tax exemption is now "portable" for married couples, the state of Illinois, carries a lesser exemption that does not include portability, which is the ability of the surviving spouse to utilize the unused estate tax exemption of a deceased spouse. Properly creating and funding these trust vehicles can allow you to maximize both federal and state estate tax exemptions.

Transfer ownership of life insurance policies: By utilizing an owner outside of your estate, typically an Irrevocable Life Insurance Trust (ILIT), life insurance proceeds can bypass estate taxes. You must also live for 3 years after transferring ownership. This strategy can be used to accomplish a multitude of goals, such as funding your children's inheritance while you use a greater portion of your taxable estate to make charitable bequests. 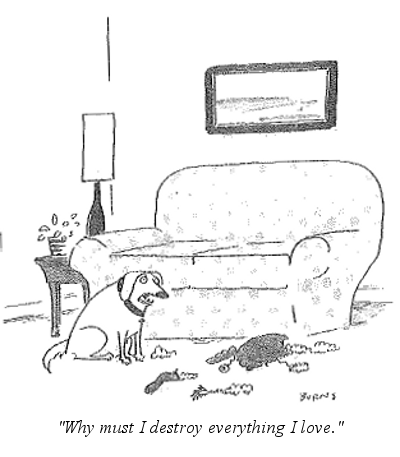