Back to school... back to higher interest rates?

After a solid July jobs report arrived on Friday - 215,000 new jobs were created and unemployment remained at 5.3 percent - analysts were pretty confident there would be ample support for a Federal Reserve rate increase (a.k.a. liftoff) in September. Bloomberg reported the odds of a September liftoff shot from 38 percent to 52 percent just last week.

The pending rate increase was not a surprise, but investors were ruffled and U.S. stock markets moved lower. According to Barron's, the Dow Jones Industrial Index has lost value for seven days - its longest losing streak in four years.

However, nobody was reaching for a panic button:

"...The decline in U.S. stocks has raised few alarms in part because it's been gradual and doesn't seem tied to any fundamental flaws in the economy. The natural drift of the market now is lower because, frankly, there are few obvious catalysts to lift stocks higher. Large-company U.S. stocks fetch valuations well above their historical averages and their earnings aren't growing. Paying more for these stocks ahead of a Fed rate increase equates to "fighting the Fed," a prospect investors look upon almost as favorably as sticking their fingers in an electrical outlet."

The Fed rate increase is expected to be slow and gradual, but no one is certain what will happen after it begins. Russ Koesterich, Chief Global Investment Strategist at BlackRock, expects, "Short-term bonds will be most affected by higher rates, while longer-term bond yields should inch up at a gentler pace. High-dividend stocks that have served as "bond market proxies" are also likely to suffer, but overall, stocks' reaction to liftoff should be relatively tempered."

ARE YOU OVERWHELMED AT WORK? Last year, the most popular chapter in Deloitte University Press' Global Human Capital Trends 2014 report was titled, "the overwhelmed employee." It's not all that hard to understand when you consider just these facts from the 2015 report:

In addition to technology and round-the-clock work demands, the complexity of workplace practices, processes, and jobs contribute to employee inundation. According to Deloitte, approximately three-fourths of survey participants said their workplaces were complex or highly complex.

Now, a new wind is blowing. It's simplification. The Global Human Capital Trends 2015 report found 10 percent of companies surveyed have programs in place to simplify work practices and another 44 percent plan to put these programs in place.

It's a trend that could have an effect on companies that aren't taking action. The bottom line, according to the report:

Companies that are reducing complexity and focusing on what really matters may gain a competitive edge, said Deloitte.

"In the 20th century, the United States endured two world wars and other traumatic and expensive military conflicts; the Depression; a dozen or so recessions and financial panics; oil shocks; a flu epidemic; and the resignation of a disgraced president. Yet the Dow rose from 66 to 11,497."

Listen for Speed on Long Drives

When making a long drive, speed = power and distance. When trying to hit the ball harder, many amateurs tense up and choke their stance, resulting in a weak and ineffective swing. Loose muscles and athletic movements result in more power in your drive. The next time you're setting up for a drive, try a few practice swings and listen.

Listen for the whip of the club as it moves through the air. The louder you can make your club sound, the faster the shaft is moving. Try multiple practice swings until you dial in the posture and motion that results in the fastest swing. You should notice your distance and accuracy improve. 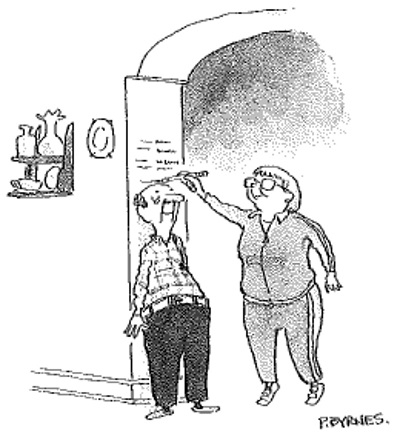