There is ongoing debate about whether markets behave in rational ways.

The efficient market hypothesis suggests it's impossible to outperform the stock market because current share prices reflect all relevant information. In other words, stocks should always trade at fair value and it should be impossible to invest in a stock that is overpriced or underpriced.

The Economist reported there are two issues efficient market theorists have trouble explaining. The first is market bubbles, "where entire markets get out of whack with traditional valuation measures and then collapse." The other is pricing anomalies. For instance, some stocks are inexpensive relative to their asset values and tend to outperform over the long term. In a perfect market, pricing anomalies shouldn't occur.

According to Barron's, the recent strong performance of U.S. stock markets hasn't been inspired by sound decisions and rational economic behavior. "The market's valuation, at 17 times consensus analyst earnings-per-share estimates for 2016, looks stretched again, given that easy monetary policy and rising oil prices - not earnings growth - are responsible."

Wharton Professor of Finance Jeremy Siegel disagreed. "On an absolute basis [the stock market is] slightly more highly valued than average but relative to interest rates, which are extremely low, it is actually undervalued in my opinion."

Investors who believe markets perform well most of the time, but not all of the time, may want to take opportunities like these to look for companies whose shares may be mispriced, as well.

HERE'S A MILESTONE YOU DON'T REACH UNTIL YOUR SEVENTIES. The major milestones of older Americans are not attended with the same sense of wonder that accompanies the major milestones of younger Americans. Sure, registering for Social Security benefits and signing up for Medicare are rites of passage, but they don't hold a candle to earning your driver's license, receiving your first kiss, winning your first promotion, or dancing at your wedding.

If you have retirement accounts when you become a septuagenarian, then you'll encounter a milestone the Internal Revenue Service (IRS) strongly encourages you to remember. Beginning April 1 of the year following the year in which you reach age 70½, you must begin taking required minimum distributions (RMDs) from most of your retirement accounts. Forbes offered this list:

There currently are no RMDs for Roth IRAs, unless the accounts were inherited.

If you have more than one qualifying retirement account, then a separate RMD must be calculated for each account. If you want to withdraw a portion of each account, you can, but it may prove simpler to take the entire amount due from a single account. Once you start, you must take RMDs by December 31 every year. If you don't, you'll owe some hefty penalty taxes.

The IRS offers some instructions for calculating the RMD due. "The required minimum distribution for any year is the account balance as of the end of the immediately preceding calendar year divided by a distribution period from the IRS' "Uniform Lifetime Table." A separate table is used if the sole beneficiary is the owner's spouse who is ten or more years younger than the owner."

If you would prefer to have some help figuring out the correct amount when RMDs are due, please contact our office.

"It wasn't by accident that the Gettysburg address was so short. The laws of prose writing are as immutable as those of flight, of mathematics, of physics."

Few things are more annoying than missing an easy two-stroke putt and being forced to take the extra stroke. If you're struggling with distance control, here's a drill to help you dial it in:

On the putting green, take two tees and place one a couple of feet behind the hole on the higher side and another one a few inches in front of the hole. They should form a triangle with the hole itself. Now, take a bucket of balls and practice placing your putts inside that triangle from 20, 30, and 40 feet away. Don't focus so much on getting the ball in the hole; rather, work on getting it within the triangle. Keep working until you can roll the majority of your putts into the zone.

The surtax first took effect in 2013. So after filing your 2014 return, some have experienced the joys of this extra tax for two years. Now you may be ready to get proactive by taking some steps to stop, or at least slow, the bleeding for this year and beyond. 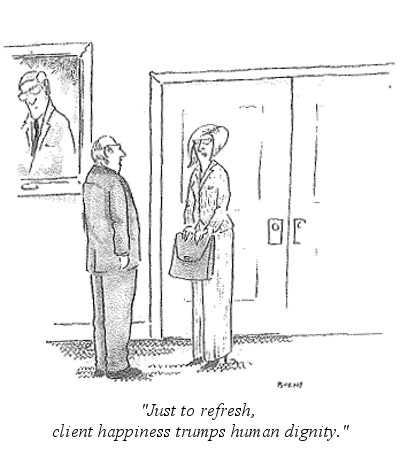