Are corporations in the United States struggling?

In its cover article last week, The Economist (a British publication), suggested there is not enough competition among American companies. It pointed out:

"Aggregate domestic profits are at near-record levels relative to GDP...High profits might be a sign of brilliant innovations or wise long-term investments were it not for the fact that they are also suspiciously persistent. A very profitable American firm has an 80 percent chance of being that way 10 years later. In the 1990s the odds were only about 50 percent."

So, are U.S. companies experiencing record profits or are they in trouble?

Last week's press release from the Bureau of Economic Analysis indicated corporate profits (after inventory valuation and capital consumption adjustments) declined from the third quarter of 2015 to the fourth quarter of 2015; hence, the headlines.

However, a one-quarter decline doesn't provide a complete picture of the health of corporate America. As CFO.com pointed out, over the full year, corporate profits were up 3.3 percent year-to-year.

Trading Economics offered additional context. From 1950 through 2015, U.S. corporate profits averaged about $395 billion annually. Profits hit a record low for that period, $14 billion, during the first quarter of 1951. Profits rose to an all-time high of about $1.64 trillion during the third quarter of 2014.

Fourth quarter's profits of $1.38 trillion remain well above that average.

IF YOU COULD LIVE ANYWHERE, WHERE WOULD YOU LIVE?  If cities are your cup of tea, then here is some good news. The 2016 Worldwide Cost of Living Report compares the prices of 160 products and services -- from food and drink to domestic care and private schools -- in cities around the world. It found the cost-of-living in many cities fell during 2015 thanks to lower commodity prices, weakening currencies, and geopolitical unrest.

Be warned: a lower cost-of-living doesn't mean a city offers good value. Take Zurich, for instance. Remember the uproar when the Swiss unpegged their currency early in 2015? The Swiss franc realized double-digit gains, the Swiss stock market swooned, and the Swiss people went shopping in neighboring countries. Well, the cost of living in Zurich fell from September 2014 to September 2015, but the decline wasn't proportionate to declines elsewhere in Europe, and Zurich currently reigns as Europe's most expensive city.

In September 2015, the most and least expensive cities in the world were:

Cities in the United States didn't fare well, either. A strong U.S. dollar helped push all 16 of the U.S. cities that were in the survey up at least 15 places. New York and Los Angeles both rank among the 10 most expensive cities in the world.

"The first step in the evolution of ethics is a sense of solidarity with other human beings."

Stuck Between Clubs? Choke Down.

When you're faced with a tricky shot between clubs, don't reach for the shorter club. Instead, choose the longer and choke down an inch or two on the grip; think of it as adding a half-club without having to modify your swing. Set up and swing as you normally do and hold back on the impulse to swing softer. 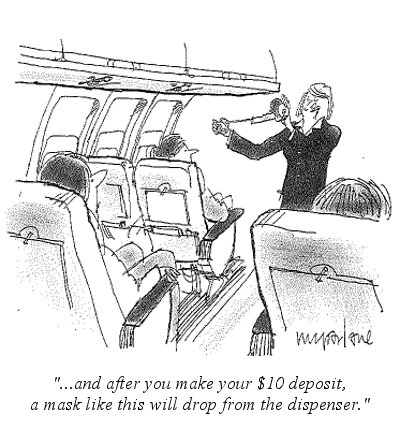