We all learned a thing or two about Panama last week.

The country is not the home of the Panama hat, which is made in Ecuador. However, it is the only place in the world where you can watch the sun rise on the Pacific Ocean and set on the Atlantic Ocean.

It's also home to a lot of offshore companies, according to the millions of records leaked from the world's fourth largest offshore law firm. The Guardian reported 12 national leaders were among 143 politicians, athletes, and wealthy individuals (including family members and associates) who were participating in offshore tax havens.

It's not illegal to hold money in an offshore company, unless the company facilitates tax evasion or money laundering, reported The New York Times. Further investigation will be required to know whether that was the case. CNBC suggested financial markets could be affected if the findings lead to greater regulation of foreign banks or prosecutorial action against them.

While the Panama scandal captured a lot of attention, it didn't have much of an impact on markets. News that the U.S. Treasury was cracking down on corporate inversions, along with indications the U.S. Federal Reserve may raise rates twice during 2016, caused stocks to dip late in the week. Some major U.S. indices finished the week lower. (Corporate inversions are mergers that give U.S. companies a foreign address and lower their tax rates.)

We may be in for another round of market volatility. Corporate earnings season is here. That's the period when publicly traded companies report how well they performed during the previous quarter. CNBC said, "Over the past 10 years, the emergence of first-quarter earnings reports has generally corresponded with a rise in volatility."

AS CARLY SIMON USED TO SING, "WE CAN NEVER KNOW ABOUT THE DAYS TO COME..." However, that doesn't stop anyone from making educated guesses about the future of companies, financial markets, and economies. As we enter the second quarter, investment and business professionals have been offering their insights:

While it's interesting to read experts' predictions and expectations for coming months and years, it's important to remember forecasts are not always accurate. An organization that tracked forecasting results through 2012 found forecasts were correct about 47 percent of the time.

"Do the right thing. It will gratify some people and astonish the rest."

Recoil to Get Out of a Bunker

If you're facing a buried shot with a bad lie, you might be used to hitting it steeply and taking a lot of sand with you. However, if you're looking at a shot with a short pin or a downhill slope out of the bunker, you may need less topspin on the ball on the way out.

Instead of keeping the face closed or square, keep the face open. Set up with the ball in the middle of your stance and get ready to hit the ball steeply. However, instead of scooping under the ball and driving through it, you want to recoil at the moment of impact, sending your club back toward your shoulder. This recoil shot will send your ball up steep and soft, giving you more control on the green. 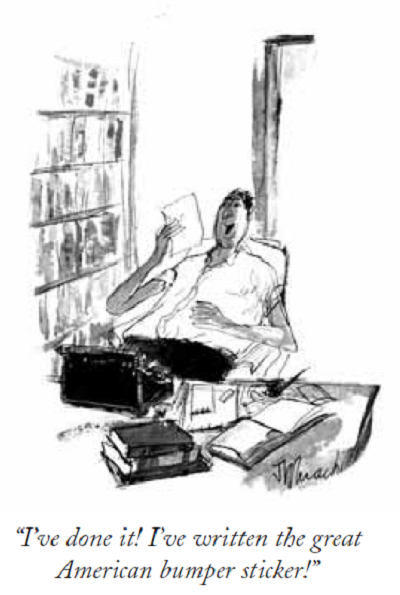