Which would you prefer to be: a medieval monarch or a modern office-worker? If you immediately answered medieval monarch, take a moment to ponder life without "...modern dentistry, antibiotics, air travel, smartphones, and YouTube."

Last week, The Economist used this example to illustrate the challenges of accurately measuring living standards over time. For many years, countries and economists have relied on gross domestic product (GDP), the value of all goods and services produced by a country over a specific period of time, to gauge relative prosperity. The publication pointed out GDP may not be an accurate measure of well-being because it does not account for changes in quality of output:

"The benefits of sanitation, better health care, and the comforts of heating or air-conditioning meant that GDP growth almost certainly understated the true advance in living standards in the decades after the Second World War. But at least the direction of travel was the same. GDP grew rapidly; so did quality of life. Now GDP is still growing (albeit more slowly), but living standards are thought to be stuck. Part of the problem is widening inequality: median household income in America, adjusted for inflation, has barely budged for 25 years. But increasingly, too, the things that people hold dear are not being captured by the main yardstick of value."

Weak corporate earnings also influenced market performance last week. So far, 62 percent of companies in the Standard & Poor's 500 Index have reported their results, and the numbers show first quarter earnings have declined by 7.6 percent, year-over-year. That is better than expected, according to FactSet, but nothing to write home about.

WHEN SOMEONE SAYS, "FEDERAL BUDGET," DO YOUR EYES GLAZE OVER? Apparently, enough folks tune out when the budget is mentioned that the Hutchins Center on Fiscal and Monetary Policy at the Brookings Institution developed a digital game to make the matter more palatable. 'The Fiscal Ship' gives players a chance to choose tax and spending policies for the United States and see how those choices affect the country.

These dollars-and-cents decisions aren't simple. The actions taken increase or reduce the country's debt and also help determine the kind of nation we'll be living in three decades from now. The game's description explains:

"America is looking at a permanent, growing mismatch between revenues and spending, and policymakers are faced with difficult decisions about how to reconcile important government priorities... with the tax revenues that the current tax code will yield... So your mission is to pick from a menu of tax and spending options to reduce the debt from projected levels over the next 25 years. Small changes to spending and taxes won't suffice. The choices are difficult, but the goal is achievable... To win the game, you need to find a combination of policies that match your values and priorities AND set the budget on a sustainable course."

Before you select policies, you'll be asked to choose the issues that are most important to you, such as: Shrink Government, Strengthen the Social Safety Net, Invest in the Future, Strengthen National Defense, and others.

Once you've prioritized the issues, you'll be given a laundry list of policy choices. That's when the tough decisions get made. As you develop your plan, you'll be shown how the decisions you're making affect revenue, spending, and the nation's debt as well as issues that are important to you.

You can find the game at http://www.fiscalship.org.

"I suppose there's a melancholy tone at the back of the American mind, a sense of something lost. And it's the lost world of Thomas Jefferson. It is the lost sense of innocence that we could live with a very minimal state, with a vast sense of space in which to work out freedom."

There's nothing more annoying than to hit a perfect shot into the green and then watch your ball fly away. One of the best ways to stop the ball where you want is by creating a higher spin rate on your ball.

Spin is created by the clubhead pressing the ball into the ground at impact. To get more spin, you want to strike the ball from a sharp angle. Set the ball up farther back in your stance and keep your weight left. Then focus on striking the ball sharply from that steep angle.

What is the difference between risk tolerance and risk capacity?

Risk tolerance and risk capacity are two concepts that need to be understood clearly before making investment decisions. Together, the two help to determine the amount of risk that should be taken in a portfolio of investments.

Risk Capacity
Risk capacity, unlike tolerance, is the amount of risk that the investor "must" take in order to reach financial goals. The rate of return necessary to reach these goals can be estimated by examining time frames and income requirements. Then, rate of return information can be used to help the investor decide upon the types of investments to engage in and, the level of risk to take on. Income targets must first be calculated in order to decide the amount of risk that may be required.

Balance of Risk
The problem many investors face is that their risk tolerance and risk capacity are not the same. When the amount of necessary risk exceeds the level the investor is comfortable taking, a shortfall most often will occur when it comes to reaching future goals. On the other hand, when risk tolerance is higher than necessary, undue risk may be taken by the individual. Investors such as these sometimes are referred to as risk lovers.

Taking the time to understand your personal risk situation may require self-discovery on your part, along with some financial planning. While attaining your personal and financial goals is possible, reason and judgment can be clouded when personal feelings are left unchecked. 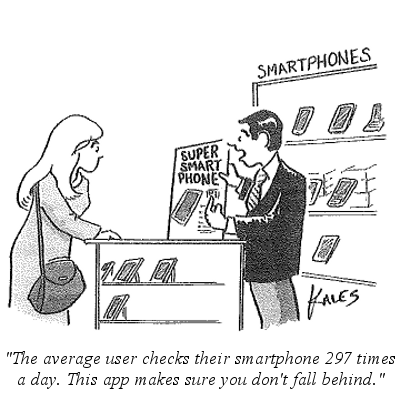