Reading economic portents can be tricky.

For example, do signs that economic growth is slowing - like last week's employment report, which was anemic relative to consensus forecasts, and first quarter's gross domestic product (GDP) growth - mean the economy is headed for trouble? Or, does it mean the economy is going to continue to grow slowly?

It all depends on whom you ask.

Some see current lackluster economic data as a harbinger of trouble. Last week, Barron's cited an expert who was concerned about employment data. "...It could be a sign of trouble... Specifically, falling profit margins will put pressure to trim costs and head counts later this year and into 2017, which would slow consumer-spending growth."

Others believe the United States is destined to experience a persistent period of slow growth. In 2013, Barron's suggested the enviable pace of growth in the United States since World War II was likely to decline, along with the size of its working-age population and gains in worker productivity. The new era:

"...could have broad repercussions that will affect not only the pugilists in Washington but businesses and investors. Weaker growth will make it harder for companies to improve earnings, fatten dividends, or garner better stock returns. It also threatens to fan social inequality and class tensions and limit the ability of government to fund various entitlement programs like Medicare and Social Security. Tax revenues also are likely to fall short of projected levels."

Of course, a lot depends on how you gauge growth. A 2009 discussion in a Harvard Business School blog asked whether slower growth, as measured by current indicators, was meaningful since, as this commentary mentioned last week, gross domestic product (GDP) is a flawed indicator. "Further, in an age of concern about the environment, questions are raised about whether certain forms of growth - let alone incorrect measures - serve a very good purpose."

IT PROBABLY WON'T SURPRISE YOU TO LEARN RUSSIA WAS ON TOP. In countries around the world, crony capitalism has thrived during the past two decades. The net worth of wealthy business folk, who worked closely with their governments, was almost $2 trillion in 2014, an increase of about 385 percent from 2004. That is about one-third of the total wealth of billionaires around the world.

The National Review defined crony capitalism as "...an insidious system in which businesses' success is based on a close relationship with government and, specifically, with the people in power who dispense favors, subsidies, bailouts, and other forms of special treatment."

The Economist offered some specific examples. "As commodity and property prices soared, so did the value of permits to dig mines in China or build offices in São Paulo. Telecoms spectrum doled out by Indian officials created instant billionaires. Implicit state guarantees let casino banking thrive on Wall Street and beyond."

In an effort to measure the influence of crony capitalism on wealth, The Economist developed an index. The publication took Forbes' annual lists of the world's billionaires, designated each billionaire as crony or not-crony (as determined by the industry in which he or she had accumulated wealth), sorted them by country, and then calculated wealth as a percent of their country's gross domestic product (GDP).

Russia, Malaysia, Philippines, Singapore, and Ukraine topped the 22-country index in 2016. Germany, Poland, South Korea, Japan, and France were at the bottom. The United States was 15th on the list. U.S. billionaires' wealth is equivalent to about 13 percent of GDP, but wealth earned through crony capitalism accounts for just 2 percent of that amount.

"The price of success is hard work, dedication to the job at hand, and the determination that whether we win or lose, we have applied the best of ourselves to the task at hand."

--Vince Lombardi, Past Coach of the Green Bay Packers

Do You Really Need That Driver?

Many amateur golfers automatically assume that they have to reach for the driver for the tee box on every Par-4 and Par-5. However, the real priority is putting your tee shot into play. So, take a step back and assess the situation. Ask yourself:

I have some money left in an old 401(k) from a previous employer. Should I leave it there?

The wisdom of consolidating is dependent on your circumstances. Generally, consolidating is most popular for former employees of sub-par plans, the over 59½ set, and people wanting more control. Leaving the 401(k) alone is usually favored by those who separated from service between ages 55 and 59 because they can get money out of the 401(k) without the 10% penalty for pre-59½ distributions. 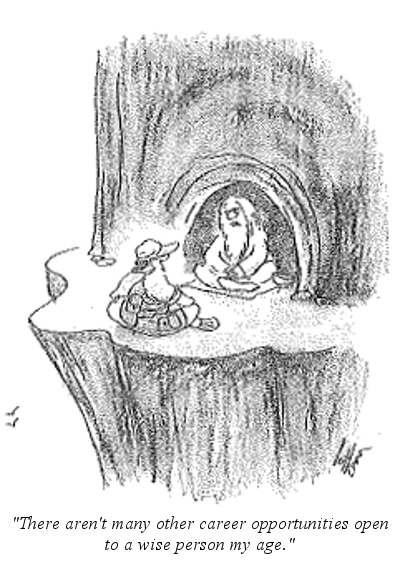