A mobile trivia game maker recently assessed the playing habits of Americans and identified the most popular topics by state. As it turns out, Alabamians like college football questions, Alaskans like queries about U.S. states, Rhode Island natives prefer inquiries about the human body, and Wisconsinites love their Green Bay Packers.

We think markets, finance, and economics offer fine fodder for quiz trivia. Test your knowledge with these questions about recent and pending market events:

What is 'Brexit?' The United Kingdom will hold a referendum in June to decide whether it should remain in the European Union. According to the BBC, opinion polls say the public is pretty evenly divided on the issue. 'Brexit' stands for 'British exit.'

How likely is a stock market swoon during the next six months? A lot less likely than most investors think, according to a three-decade study conducted by the National Bureau of Economic Research and cited by Barron's. The study asked participants how likely it was the market would lose significant value - as much as it did during the worst one-day drops in history (down 22.6 percent and down 12.8 percent) - during the next six months:

"On average over the last three decades, respondents believed there to be a 19 percent risk of such a daily plunge in the subsequent six months... Given that there have been more than 32,000 trading sessions since then, the judgment of at least this swath of history is that in any given six-month period there is a 0.79 percent chance of a daily crash that severe."

Here's another question analysts and economists have been pondering: Will the Federal Open Market Committee raise rates in June? The probability jumped from 4 percent two weeks ago to 30 percent last week, according to CNBC.

AS YOU APPROACH THREE SCORE YEARS AND TEN, DON'T FORGET ABOUT REQUIRED MINIMUM DISTRIBUTIONS. Upon the occasion of his 70th birthday party, Mark Twain (a.k.a. Samuel Clemens) commented, "We have no permanent habits until we are forty. Then they begin to harden, presently they petrify..."

Whether Twain was right or not, the federal government demands most IRA owners develop a new habit at age 70. They must begin taking required minimum distributions, or RMDs, which are the minimum amount that must be withdrawn from most types of IRAs the year the owner reaches age 70½, and every year thereafter. Account owners can take more than the minimum, if they choose. Regardless of how much is distributed, the amount usually will be treated as ordinary income for tax purposes.

According to Kiplinger's, "...you have until April 1 of the year after you turn age 70½ for the first withdrawal, then you must take required withdrawals by December 31 every year after that."

The exception to the rule is the Roth IRA. RMDs are not required with Roth IRAs; however, designated Roth accounts, which hold Roth contributions made to 401(k), 403(b), and 457(b) plans, are subject to RMDs.

It's important to calculate RMDs carefully. There are several variables to consider, including the age of your beneficiaries. The consequences of a miscalculation can be expensive. Failing to take an RMD, or taking too small an RMD, can result in a 50 percent penalty tax.

"Let us never forget that government is ourselves and not an alien power over us. The ultimate rulers of our democracy are not a President and senators and congressmen and government officials, but the voters of this country."

Did you know that where your feet are pointed doesn't matter when you putt? As long as the ball is going in the right direction (toward the hole), the angle of your feet doesn't matter.

What does matter is your balance and posture. Ideally, you want your eyes to be directly on top of the ball or just outside of it. You also want your knees to be slightly flexed and to feel your feet and toes flat on the ground and balanced. Your swing should be stable and shouldn't swing too far out or too close to your body. Your arms should be slightly bent and your forearms should be even with each other and parallel to the target line.

Please contact our office if you would like to review your financial position, determine an appropriate amount of cash reserves to maintain, and discuss prudently investing any excess cash utilizing investment programs that are in your best interests and aligned with your risk tolerance. 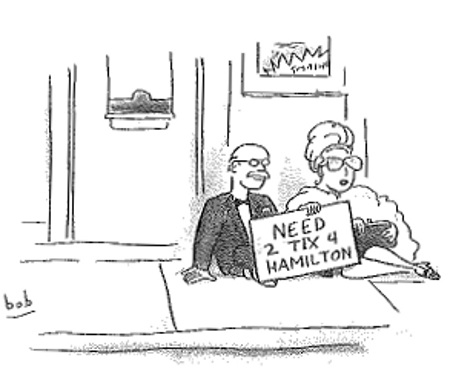