SURPRISE! Britain is leaving the European Union (EU) after 40 years of membership.

Last Thursday, almost three-fourths of voters in Britain - about 30 million people, according to the BBC - cast ballots to determine whether the United Kingdom would remain in the EU. By a slim margin, the British people opted out.

Early Friday, Reuters reported on the immediate and potential repercussions of the decision:

"Britain has voted to leave the European Union, forcing the resignation of Prime Minister David Cameron and dealing the biggest blow since World War II to the European project of forging greater unity. Global financial markets plunged on Friday...The British pound fell as much as 10 percent against the dollar to levels last seen in 1985...The euro slid 3 percent...World stocks saw more than $2 trillion wiped off their value, with indices across Europe heading for their sharpest one-day drops ever...The United Kingdom itself could now break apart, with the leader of Scotland - where nearly two-thirds of voters wanted to stay in the EU - saying a new referendum on independence from the rest of Britain was 'highly likely.'"

U.S. stock markets dropped sharply, too. Barron's reported markets' response to the British exit (Brexit) didn't indicate the bull market in America was over. Citing a report from Morgan Stanley, the publication noted American companies generate 70 percent of revenues domestically, which means U.S. stocks are less susceptible to the vagaries of international events than those of many other countries. That may make U.S. stock markets attractive to investors.

During the next few weeks, as the immediate and extreme response to the news settles and investors realize little will change immediately, the world should gain a better understanding of the ways in which Brexit will affect Britain and everyone else.

WHAT HAPPENS NOW? It seems likely the British government will spend the next few weeks or months developing a strategy for its departure from the EU.

Right off the bat, the British need to put a new leader in place. Prime Minister David Cameron resigned after his side lost Thursday's vote. Cameron's comments suggest he does not plan to invoke Article 50. He indicated the new Prime Minister should be responsible for initiating the process.

Article 50 is a clause in the Lisbon Treaty describing the legal process a country must follow to notify the European Union it intends to withdraw. Once notification is delivered, there is a two-year window to complete negotiations. Any extension of negotiations requires the agreement of all EU members, according to The Guardian.

Once they've given notice, the U.K. will have to negotiate the terms of its exit from the EU and establish the terms of its future relationship with the group. According to the International Monetary Fund (IMF), the nation also will need to renegotiate trade relationships with 60 or so non-EU countries where its trade is currently guided by EU agreements.

No one can be certain how Britain's economy will be affected as the nation determines its new position in the world's pecking order. However, The Economist reported on two possible futures, as set forth by the IMF:

"In the first scenario, Britain quickly agrees on a new trade deal with the EU; in the second, the negotiations are more protracted and Britain eventually settles for basic World Trade Organization rules. In the first scenario, sterling depreciates by 5 percent. GDP growth slips to 1.4 percent in 2017 and unemployment rises slightly... In the second scenario, Britain falls into recession next year. Unemployment hits about 7 percent by 2018, up from around 5 percent now (during the financial crisis it peaked at 8.5 percent). Real wages will stagnate, mainly because of high inflation. Surprisingly, Britain's trade balance will move into a small surplus, thanks not to the dynamism of exporters but 'because demand for imported goods plunges due to exchange-rate depreciation and reduced consumption.' "

In a victory speech, Boris Johnson, former Mayor of London, Brexit supporter, and a favorite to become the next Prime Minister, said:

"In voting to leave the EU, it is vital to stress there is no need for haste...There is no need to invoke Article 50...We have a glorious opportunity to pass our laws and set our taxes entirely according to the needs of the U.K.; we can control our borders in a way that is not discriminatory but fair and balanced and take the wind out of the sails of the extremists and those who would play politics with immigration."

"We now expect the United Kingdom government to give effect to this decision of the British people as soon as possible, however painful that process may be...we hope to have [the U.K.] as a close partner of the European Union in the future. We expect the United Kingdom to formulate its proposals in this respect. Any agreement, which will be concluded with the United Kingdom as a third country, will have to reflect the interests of both sides and be balanced in terms of rights and obligations."

Will this be the glorious opportunity promised by the leaders of the 'leave' side or a tragic split as predicted by the 'remain' leaders? Much depends on when and what Britain negotiates with the EU. In the meantime, there is likely to be considerable economic uncertainty and some market volatility.

Since the outcome of the referendum was announced, the top questions asked of Google in the U.K. have been:

NPR opined that British voters seem to have given serious thought to the implications of their choices after the polls had closed.

"Maybe all one can do is hope to end up with the right regrets."

Bunker shots are tough for many golfers who struggle with the idea of getting the ball out of the sand by driving down and through. To improve your ability to get deep enough, try this simple drill:

Set up your shot using a tee set deeply into the sand. Create a mental image of breaking the tee in half with your club to drive home the importance of driving your clubhead under the sand and accelerating through the swing.

Practice this drill until you are consistently clipping the tee under the ball. Then try a couple of shots using just the ball to see how much your technique has improved.

Gifting assets: You are currently allowed to gift $14,000 annually to any number of individuals without reducing your estate tax exclusion. If you are married, your spouse is allowed to gift another $14,000 to the same individual.

Establish AB or QTIP Trusts: Although the federal estate tax exemption is now "portable" for married couples, the state of Illinois, carries a lesser exemption that does not include portability, which is the ability of the surviving spouse to utilize the unused estate tax exemption of a deceased spouse. Properly creating and funding these trust vehicles can allow you to maximize both federal and state estate tax exemptions.

Transfer ownership of life insurance policies: By utilizing an owner outside of your estate, typically an Irrevocable Life Insurance Trust (ILIT), life insurance proceeds can bypass estate taxes. You must also live for 3 years after transferring ownership. This strategy can be used to accomplish a multitude of goals, such as funding your children's inheritance while you use a greater portion of your taxable estate to make charitable bequests. 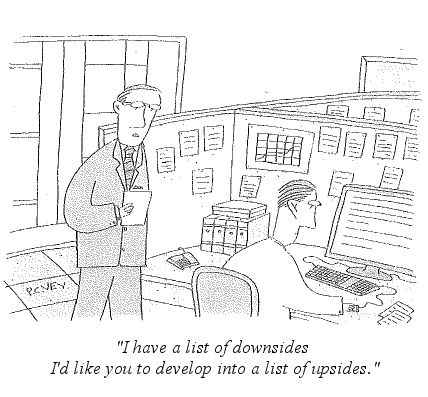