The Dow Jones Industrial Average lost about 6 percent last week. That puts the benchmark index about 10 percent below its record high on May 19, 2015, according to Barron's.

A drop of that magnitude from a new high may be a correction - a brief but jarring drop in value that often causes investors to reassess the state of the market and the health of the companies they hold. If investors judge markets and holdings to be sound, a correction may represent a buying opportunity. Of course, there is a chance markets could fall further. A drop of 20 percent or more is considered a bear market.

The Standard & Poor's 500 Index lost about the same amount as the Dow last week and is down almost 8 percent from its May high. Technically, it's not yet in correction territory. A dip greater than 5 percent and less than 10 percent is a pullback.

Many factors contributed to U.S. stock markets' performance last week. Concerns about global recovery were top of mind for many investors. China's slowdown may significantly reduce demand for commodities, and emerging markets that are dependent on commodity exports are struggling. CNN Money reported:

"China's economic slowdown and currency devaluation have investors worried that things could get worse as the year goes on. Developing countries like Brazil and Russia are struggling to revive their economies as their currencies depreciate dramatically against the dollar. Brazil's currency value has declined over 20 percent and Russia's over 40 percent, hurting imports and everyday citizens. It's also a huge worry for America's biggest companies. About 44 percent of the revenues from S&P 500 companies come from outside the United States."

Currency depreciation (not to be confused with devaluation, which is a government's deliberate downward adjustment in currency value) is market-driven and sometimes causes investors to pull assets out of a country, which can put more pressure on the currency.

Uncertainty about the timing of a rate hike in America didn't help matters. CNBC reported, after the minutes of the July Federal Open Market Committee meeting were released last week and indicated "almost all members" had some concerns about the strength of U.S. economic growth, the CME FedWatch barometer put the likelihood of a September increase at 24 percent - a 45 percent drop from the prior day.

FROM ABSTRACT TO REALITY: THE POTENTIAL EFFECTS OF RISING RATES. When the economic data align, and the Federal Reserve pulls the trigger on tighter monetary policy, rising interest rates may affect everything from mortgage rates to bond yields to economic growth. Here are a few of the possible consequences:

While it seems counterintuitive, tightening monetary policy will not affect interest rates equally across all markets.

"The individual investor should act consistently as an investor and not as a speculator."

Get More Distance on a Long Drive

If you're trying to get more distance on your drives, make sure that you're making the most of your backswing. After setting up to the ball, don't rush through the backswing to get to the ball. Instead, fully rotate your shoulder and pause for a moment at the top of the backswing. Only then do you swing away at full speed. This pause allows you to take full advantage of the backswing and ensures that your shoulder is fully rotated and that your weight is shifted properly. After practicing this technique a few times, you should notice that your swing is more powerful and your drives are longer.

Will Social Security be there for you?

Uncertainty about the future of Social Security benefits is largely a political question. Balancing the system to guarantee full benefits beyond 2034 will require a reduction in benefits or an increase in taxes.

In the worst case scenario, assuming Congress makes no changes, the trust fund will be exhausted in the early 2030s. At that point, the only remaining revenue source will be the contributions of those then working. Under these circumstances the system will be unable to pay more than 75% of the promised benefits. Social Security will "be there," but the benefits, while higher in face value because of the inflation protection built into the system, won't be able to purchase the same goods and services that benefits do today.

Even in this politically charged environment, it is not beyond the realm of possibility that Congress will make adjustments to rebalance the system, as it did in the 1980s on the recommendation of the Greenspan Commission. At that point, changes were made in anticipation of the baby boomer retirements that are now hitting the system.

The Social Security Claiming Guide, which is published by the Center for Retirement Planning at Boston College, makes the following statement after evaluating the most widely discussed proposals for rebalancing the system: "None of these proposals give you more if you claim early. If you are affected, you'll get less no matter when you claim."

This is followed by the statement: "Nearly all proposals to fix Social Security would also protect those age 55 and older."

Since Social Security doesn't suffer from the uncertainty of stock market fluctuations, Social Security is still a strong component of most financial plans for retirement. The future, by its nature, is uncertain. At this point there is no reason to alter a well thought out strategy for claiming Social Security benefits. 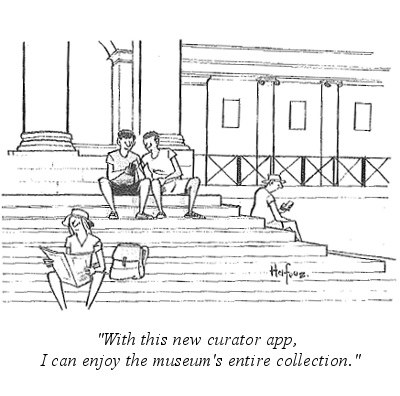