Attention investors: U.S. interest rates may be moving up and it might happen this year.

During last Friday's speech at the Federal Reserve's annual economic symposium in Jackson Hole, Wyoming, Fed Chairwoman Janet Yellen signaled that a rate hike is probably coming but, as usual, she didn't offer any specifics about the timing:

"...Indeed, in light of the continued solid performance of the labor market and our outlook for economic activity and inflation, I believe the case for an increase in the federal funds rate has strengthened in recent months. Of course, our decisions always depend on the degree to which incoming data continues to confirm the Committee's outlook."

There's a good chance the increase could occur during 2016. Goldman Sachs economists, cited by Bloomberg, said the subjective odds of a September rate hike increased from 30 percent to 40 percent last week. Bloomberg's data suggests a 65 percent chance of a rate hike by December.

Last week, The Economist pondered why businesses are not investing:

"Firms are on a six-year hiring spree that shows little sign of abating; payrolls swelled by an average of 190,000 a month between May and July. Competition for workers is pushing up wages. The median pay rise in the year to July was 3.4%, according to the Federal Reserve Bank of Atlanta. Americans are spending that cash; in the second quarter, consumption per person grew at an annual pace of 5.5%, equaling its fastest growth in a decade. Yet real GDP is expanding by only 1.2% a year. The culprit seems to be business investment, which has fallen for three consecutive quarters."

The Economist reflected on the effects of low oil prices, questioning whether weak demand for goods or tighter credit was the culprit behind low business spending. It concluded that slow trend growth (the rate at which the U.S. economy is expected to grow over a period of time) is producing fewer opportunities for profitable long-term investment, and offered the opinion that a solution could be found in fiscal policy:

"Businesses anticipating slower long-term growth cannot be expected to invest much. And politicians cannot easily conjure up technological progress. But they can boost competition, simplify taxes and regulation, and invest in infrastructure and education, all of which would help to raise American productivity."

Of course, getting politicians to agree on a course of action and implement a coherent fiscal policy is a tall order.

"When we decided not to sell our business people called us a lot of things besides crazy - things like arrogant and entitled. The same words that I've heard used to describe our generation time and time again. The Millennial Generation. The 'Me' Generation. Well, it's true. We do have a sense of entitlement, a sense of ownership, because, after all, this is the world we were born into, and we are responsible for it."

Assess Putts From Behind the Ball

When you're scoping out the lie for a putt, always do it from directly behind your ball. With your eyes, track along the entire route the ball will take to the hole and make sure that you can see the entire break. If you have a breaking putt, also assess the break from behind the apex of the shot where you can see an overall view of the putt.

Do tax-free bonds make sense for me?

It depends on your tax bracket. Too many people assume municipal bonds must be a great investment because many wealthy people buy them, not realizing that municipal bonds do not make people wealthy.

Municipal bond interest is federally tax-free and free of state and local taxes to residents of the municipality. That always sounds enticing. But if you are in a low tax bracket, the amount you would earn in taxable bonds may be more. Also consider that U.S. Treasuries are free of state and local taxes and they are also safer than municipal bonds. 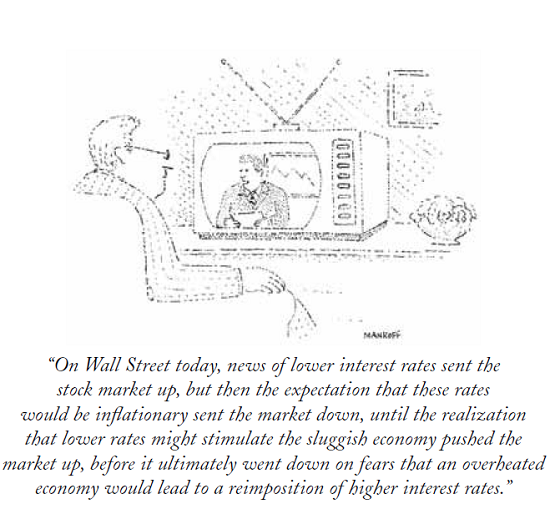