Economists and market analysts have been thinking a lot about the Federal Reserve and the actions it may take before the end of 2016. Friday's employment numbers helped fan the speculative fire. The U.S. Labor Department reported the unemployment rate remained at 4.9 percent with 151,000 jobs added during August.

The broad market consensus was 180,000 jobs would be created, according to MarketWatch. The report, "...wasn't strong enough to force the Fed to raise rates in September, but it also wasn't weak enough to raise concern about the U.S. economy or dampen the outlook for corporate earnings. As such it's a mildly dovish report... "Economists and political leaders also are thinking a lot about the impending British exit from the European Union (EU). At the G20 Summit - a forum for government and central bank leaders from 20 countries - British Prime Minister Theresa May confirmed, "Brexit means Brexit." However, the BBC reported there remains a general lack of agreement within the British government about exactly what the country's relationship with the EU should be after Brexit.

The potential effects of Brexit gained some clarity at the G20. The Guardian reported, "...the U.S. wanted to focus on trade negotiations with the EU and a bloc of pacific nations before considering a deal with the U.K." In addition, it reported Japan threatened, "...a string of corporate exits from the U.K. unless some of the privileges that come with access to the single market are maintained."

WE'RE DEVILS AND BLACK SHEEP, AND REALLY BAD EGGS... The movie, Pirates of the Caribbean, made light of piracy but maritime crime has a significant economic impact.

About 50 percent of the goods that trade globally travel by sea, according to the United Nations Conference on Trade and Development (UNCTAD)'s 2014 report, Maritime Piracy. It estimated the economic costs of piracy - including ransoms, insurance, re-routing ships, security equipment and guards, naval forces and military operations, counter-piracy organizations, and other factors - at $7-12 billion in 2010.

During the first half of 2016, however, the cost hit a two-decade low. The Economist reported:

"The recent decline in global piracy can be attributed in part to better security on ships. For years, the UN's International Maritime Organization discouraged boat owners from arming their crews. Ships tried in vain to defend against heavily-armed pirates using little more than diligent watch-keeping and water cannons. In the mid-2000s, facing rising insurance and ransom costs, shipping companies began employing private security contractors. These firms are increasingly supplied by "floating armories" to help evade laws that bar crews from bringing weapons into territorial waters... Better policing of the high seas has also played a part."

In 2010, governments and marine insurers identified high-risk shipping areas. Not long after, floating armories were established and became a type of temporary agency for armed guards on the high seas. The Economist reported, "At the peak of Somali piracy in 2012, ship owners would pay about $45,000 per trip for armed guards." When they weren't on a client's ship, guards returned to the floating armory until employed by another merchant ship.

Floating armories are experiencing some growing pains, as have many fledgling industries before them. Piracy is down, and so is demand for their services.

"We can never know about the days to come, but we think about them anyway..."

According to a pro instructor, averaging fewer than 30 putts per round puts you at the top of your short game. If you're having trouble getting there, you might be making the mistake of "steering" your putts with your eyes, instead of keeping your body square and your head still during the shot. Practice staying in posture during your putts instead of opening yourself up as you do when making other shots. 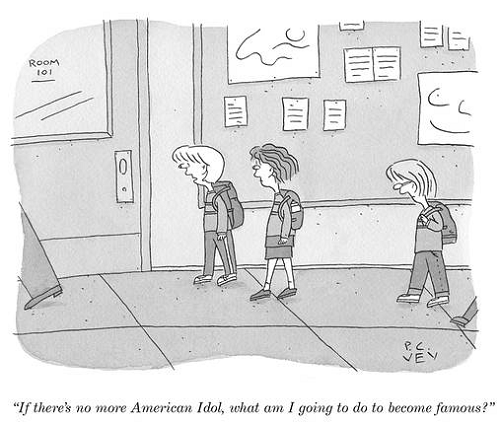