Blame it on the central banks!

After 44 consecutive sleepy, summer days when Barron's reported the Standard & Poor's 500 Index opened and closed without a 1 percent move in either direction, the index tumbled last week - and so did indices in other markets around the world. What roused investors from complacency? Some experts pointed their fingers at central banks:

"Three central banks announced their monetary policy decisions during the week and all three maintained the status quo and did not change policy. The news disappointed the markets - they were looking for more stimulus. And, in some cases, good economic data was interpreted as bad news because it meant that there was less of a probability of more stimulus."

The U.S. Federal Open Market Committee doesn't meet until September 20, but markets reacted sharply after Boston Fed President Eric Rosengren (whom Thomson Reuters labels as a dove) said, "My personal view, based on economic data that we have received to date, is that a reasonable case can be made for continuing to pursue a gradual normalization of monetary policy." After his speech, Reuters reported the odds of a September Fed rate increase rose from 24 percent to 30 percent.

Expectations for market volatility moved higher, too, but markets weren't too worried. The CBOE Volatility index (VIX) jumped 33 percent on Friday, reaching 16.56, according to MarketWatch. That was a big move, but significant market volatility is not indicated until the VIX moves above 20.

WHAT'S CHANGING IN WORLD MARKETS? GROCERY SHOPPING! Groceries may be mundane, but they're big business. By 2020, the value of the world's grocery market is expected to reach $11.8 trillion, according to The Institute of Grocery Distribution (IGD). The largest markets are expected to be China, United States, India, and Russia. That's not the interesting part, though.

According to Morgan Stanley, fewer people will gather food by carting up and down the aisles of local grocery stores. Instead, in many countries, people will fill their baskets online. Globally, the share of shoppers buying groceries via the Worldwide Web and having them delivered is expected to grow from 21 percent in 2015 to 34 percent in 2016:

"Several factors may be driving the trend. Generally, more shoppers are accustomed to buying online, including a younger, more mobile generation of consumers. More specifically, boutique online-only grocery services in recent years have proven that the business model can work, overcoming logistical and consumer-behavioral barriers and building credibility for the category as a whole. Now, larger traditional players have entered the arena, offering more choices, services, and attractive prices, all within familiar eCommerce experiences and expectations for an even larger audience."

"People have been starting to focus less on the disability and more on the actual sport. I've had so many interviews that don't even mention the backstory of how I became an amputee or whatever. I prefer that - I prefer being on the back pages with the rest of the sportsmen, not being just a heart-warming story."

Uphill shots can be tough because they demand extra control and balance of the clubface as you fight gravity. Playing uphill increases the "effective loft" of the club, giving the ball a steeper, shorter flight. When playing an uphill lie, consider choosing one club more than you normally would.

Set up to the ball by keeping your shoulders square and parallel and putting more weight on your back foot. To encourage the efficient transfer of weight through the shot, shift your front foot outward slightly. Take several practice swings, playing the ball as you normally would in your stance, making small adjustments in your foot placement and movement until you're ready for the real deal.

How will my IRA distributions be taxed?

As ordinary income. The only exception is for money that was taxed before you put it into the IRA; if you have any after-tax IRA contributions, they won't be taxed again.

If you take any IRA distributions that are too early or too late or too little, you will owe tax penalties in addition to ordinary income taxes. This rule applies to all qualified retirement accounts.

Early withdrawals are those taken before you're 59.5 years old. They're subject to 10% penalty.

After you turn 70.5 years old, any mandatory distributions that are late or too small are subject to a 50% excise tax on the difference between what you take out of your IRA and what you should have withdrawn. If your minimum mandatory annual distribution is $1,000, for example, and you withdraw nothing, the penalty is $500. And you owe it annually until you take that required withdrawal. You don't have to be a math whiz to see that this could quickly wipe out your IRA.

If you or someone you know would like help planning for the taxable consequences of an IRA distribution, please contact my office. 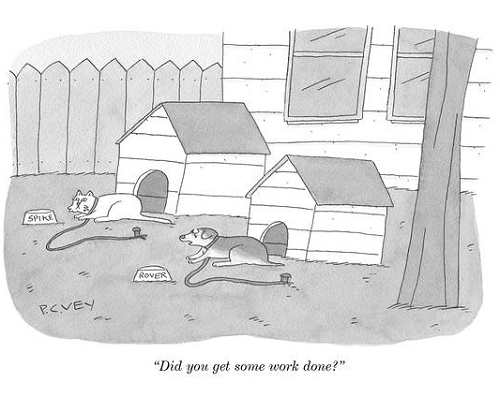