If it's not one thing, it may be another.

Economic data released last week will factor into this week's Federal Open Market Committee (FOMC) decision on whether to push interest rates higher in the United States. Some of the August data supports the idea economic growth was soft. For example, August retail sales fell more than expected, down 0.3 percent from July. Other data was as expected: U.S. producer prices were flat, which was in line with expectations.

However, the kicker may be inflation. It increased during August, "...offering fresh evidence that U.S. inflation may be firming after years of sluggish price growth," wrote The Wall Street Journal. The Consumer Price Index, which is a gauge of inflation, rose more than economists had expected in August in large part because of higher healthcare costs, according to Reuters.

Stock markets steadied last week as the chances of a rate hike this week declined. If the FOMC increases rates this week, there may be "knee-jerk selloff," according to Barron's, and if rates remain unchanged, a relief rally may ensue. Either way, the paper opined, much will depend on the FOMC's explanation.

So, will the Federal Reserve raise rates or won't they? We'll find out soon.

IS YOUR STATE CRAFTY? Oktoberfest is upon us and that means beer. In the United States, celebrations are likely to include craft-brewed drafts, which are a far cry from traditional American lager, according to the Brewer's Association. The Economist wrote:

"Any American university student can inform you that much of the beer in the United States is utter swill. Those who graduate from the red Solo cup - the brand so synonymous with beer pong and college life - can afford to purchase better. And so they do. Craft beer, the stuff made by small and independent breweries, has exploded beyond just hipsters. Sales reached $22.3 billion in 2015, and volumes have climbed 13 percent over the past year, even as overall beer sales in America dipped somewhat."

Craft brewers have been winning market share from big brand names for some time. Less than 50 years ago, more than 99 percent of the beer quaffed in the United States was lager produced by large domestic breweries, according to research cited by Forbes.

Since then, the drafts produced by microbreweries, brewpubs, regional craft breweries, and contract brewing companies have gained popularity. In 1994, there were 537 craft brewers in America. That number swelled over the next two decades and, by 2013, there were 2,800 craft brewers and more than 1,500 additional breweries in development.

After tallying the numbers, the Brewer's Association reported craft beer accounted for more than 12 percent of sales during 2015, and imports for almost 16 percent. The craft brewing industry contributed almost $56 billion to the U.S. economy in 2014, and has created more than 424,000 jobs.

"My mission in life is not merely to survive, but to thrive; and to do so with some passion, some compassion, some humor, and some style."

If you're struggling with pulled shots or slices, a flying elbow may be the cause. A common mistake amateurs make is to let their right elbow float away from their body at the top of the backswing. If this sounds like you, imagine yourself as a waiter carrying a tray of dishes; at the top of your backswing, you need to keep your forearm in a vertical position to avoid spilling your dishes. Practice this technique to keep your elbow relaxed and in towards your body.

When should I start taking IRA withdrawals?

It depends on your IRA balance, your life expectancy, and your tax situation, as well as how much money you have in non-IRA accounts.

The deadline for taking mandatory IRA withdrawals is April 1st, the year after you turn 70 and a half. But you may be better off taking the first withdrawal in the year before this deadline. Here's why: If you turn 70 and a half in 2016, your deadline is April 1, 2017. Your deadline for the second mandatory withdrawal is December 31, 2017. In other words, if you wait until April 1st to take the first withdrawal, you will wind up having to take two in the same tax year. That could be enough additional income to push you to a higher Federal tax bracket and increase the tax on your Social Security benefit.

Some clients also consider taking distributions prior to age 70 and a half in order to take advantage of today's relatively low tax rates. Depending on your current tax bracket, this could be a very beneficial strategy.

Determining the best time to begin taking IRA withdrawals depends on your specific situation. Please contact my office if you or someone you know would like help planning an IRA distribution schedule. 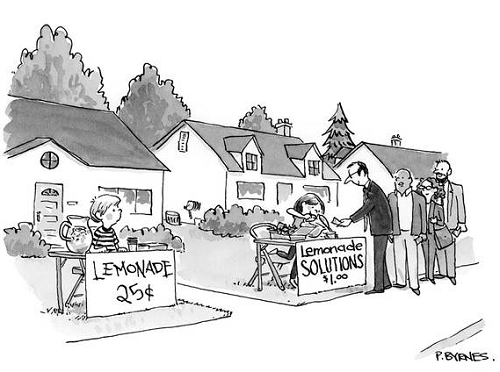