Not everyone was thrilled with the decision, however. Three Federal Reserve presidents cast dissenting votes. All believed interest rates should move higher.

Proceeding with caution is the right approach, according to Barron's:

"A rate hike is usually aimed at preventing an economy from overheating, and there's no sign of that - not even close. Housing activity has been disappointing, wholesale inflation is weak, retail sales are declining, and manufacturing activity is slowing. Such a confluence of negative data has never stopped the Fed from tightening rates - the central bank did so in December, even though the economic data looked even worse than it does now - but it isn't exactly screaming for immediate action."

While that may be true, Financial Times suggested markets are coming to the conclusion the influence of central banks may be limited, and those limits may be near.

We'll find out eventually. In the United States, the new consensus is we'll have a rate hike for the holidays, according to CNBC.com.

IT'S AN ELECTION YEAR! The influence of elections on markets, investors, and economies has been examined and re-examined over time. Theories have been developed. Ideas have been promoted. Some may be accurate; some may not be. Here are a few things to keep in mind especially if markets get volatile before the election:

"...while many investors connect political alignment with equity market returns, very few of these patterns hold up to scrutiny. Historically, whether a Republican or Democrat occupies the White House has had no statistically significant impact on U.S. equity markets."

Change tends to happen slowly, especially with divided government: We've all become familiar with the term, 'gridlock.' There are issues - taxes, immigration, energy - that have been debated for years. In general, policy changes have been relatively small. Sometimes, changes have been reversed. Morgan Stanley concluded, "Hence, election outcomes where one party controls both the White House and Congress are most conducive to expeditiously putting transformative policies into practice."

The strength of the economy influences voters. According to Oppenheimer Funds:

"Decades of history prove that the state of the economy determines the president, not the other way around. In fact, the economy's impact on elections can be stated in a fairly simple equation: Strong economy (declining [un]employment and inflation) = a win for the incumbent party candidate."

If that's the case, it will be pretty difficult to guess a likely winner. A Gallup poll found just as many Americans viewed the economy positively as those who viewed it negatively in early September. On the other hand, more Americans said the economy was getting worse than those who thought it was getting better.

Introducing a New Golfer to the Sport

If you're a passionate golfer, it's natural to want to bring new people to the golf course. However, it's important to start slowly and respect a new player's interest and ability. Here are some tips for playing with someone new: 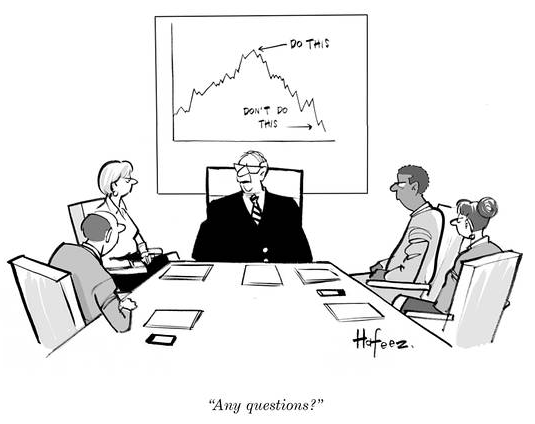