U.S. stock markets finished last week higher than they started it, but the five-day ride was awfully bumpy.

After falling by about 6 percent the previous week, U.S. stocks spiraled even lower early last week. They flirted with correction status (a correction is a 10 percent drop from previous highs) before moving higher.

By midweek, markets were on the rebound, bolstered in part by the comments of New York Fed President William Dudley who indicated a September rate hike might not be all that compelling. Strong U.S. economic data also soothed some investors. Barron's reported:

"The economic data, however, have been good enough to suggest that the market is too pessimistic. There was that strong second-quarter gross-domestic-product reading, which even included signs of stronger capital spending, while good housing data suggest that third-quarter GDP could be better than many observers expect."

Market whiplash left investors feeling pretty shaky, as did late-week comments from Fed Vice Chairman Stanley Fischer who indicated it was too soon to know what the Fed would decide about interest rates in its September meeting. He indicated the decision would depend on economic data that is still being collected.

While the market's end of week bounce was welcome, The Wall Street Journal reported traders and investors appear to be ready for additional volatility.

Whether markets are volatile or calm this week, it's important to remember that it's impossible for any of us to control what happens in Washington, on Wall Street, or on Main Street. We can, however, control how we prepare for and respond to market volatility. As you know, we believe thoughtful goal identification, risk tolerance education, and a disciplined approach can help investors reach their long-term financial goals.

We understand that market volatility is uncomfortable, but it is not unusual or unexpected. If you have any questions or would like to discuss recent events, please contact us.

HOW BAD IS TRAFFIC CONGESTION IN THE UNITED STATES? It's so bad, the average American spends the equivalent of about five vacation days sitting in traffic every year - and that's just the tip of the iceberg.

As it turns outs, the Great Recession had a silver lining - less traffic and less congested roads. Today, according to researchers at the Texas A&M Transportation Institute, employment is up and so is the number of commuters on the road:

"According to the 2015 Urban Mobility Scorecard, travel delays due to traffic congestion caused drivers to waste more than 3 billion gallons of fuel and kept travelers stuck in their cars for nearly 7 billion extra hours - 42 hours per rush-hour commuter. The total nationwide price tag: $160 billion, or $960 per commuter."

Of course, in some cities, people spend a lot more time inching along freeways. In Washington, D.C., drivers spend about 82 hours each year commuting; in Los Angeles, 80 hours; in San Francisco, 78 hours; and in New York, 74 hours. Across the nation, by 2020, commuter delays are expected to increase from 42 hours to 47 hours on average, raising the cost of congestion from $160 billion to $192 billion.

What's to be done? Cities like Singapore, London, San Diego, Stockholm, and Milan have adopted "congestion pricing." In San Diego, express toll-lanes allow drivers to bypass gridlocked free lanes, if they are willing to pay a fee. Other cities have cordon pricing. Drivers are charged a fee each time they enter a congested area, such as a city center. The state of Oregon is charging per mile driven (a system the state may use to replace fuel taxes in the future) and may begin to charge a higher rate for miles traveled during periods of congestion on heavily used roads.

The flop shot, a short pitch with a high trajectory and soft landing, is one of the most technical and satisfying shots for golfers to get right. If you find yourself struggling to get your flops up and over hazards without going too far or landing too hard, try this alternative technique:

Weaken your off-hand grip by turning your hand so that your palm faces upward toward the sky. This weakened grip will help the clubface remain open at contact, giving the ball that short, sharp trajectory without adding too much power. Fine-tuning this shot will give you a lot of options for dealing with short chips in the rough as well as finicky shots with short greens. 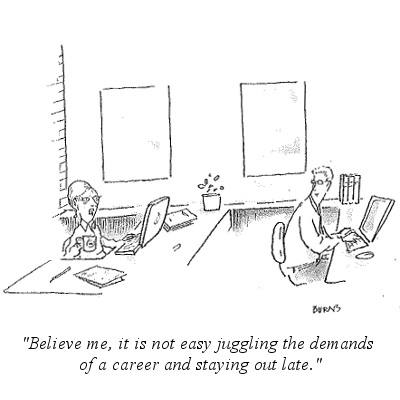