Markets were relatively calm during the third quarter of 2016, yet they delivered some attractive returns overall.

In the United States, all three major U.S. indices posted record highs twice during a single 7-day period in August, reported CNBC.com. The Standard & Poor's 500 Index (S&P 500) experienced a 51-day streak without at least a 1 percent decline. The index returned 3.3 percent in the third quarter.

Investors were fairly complacent until comments by Federal Reserve officials raised awareness the Fed might raise rates during 2016, possibly as early as September. The S&P 500 lost 2.5 percent and the VIX, known as the market's fear gauge, rose 40 percent in a single day. The upheaval was short-lived and U.S. stocks rebounded quickly.

World markets were moved higher after the Fed opted to maintain its current policy. When the European Central Bank did the same - choosing not to implement further stimulus measures - markets moved lower. Markets were also less than enthused with the plans put forth by the Bank of Japan (BOJ). The central bank will attempt to control the yield curve by keeping 10-year Japanese government bonds at zero percent.

Speculation about a September rate hike caused many emerging markets, which have been top-performers throughout the year, to give back some gains late in the quarter. When the U.S. central bank pushes rates higher, emerging market assets become relatively less attractive to investors seeking yield. In addition, a rate hike tends to strengthen the U.S. dollar, inflating the value of dollar-denominated debt held by emerging countries and potentially slowing economic growth.

"Recent economic data has shown signs of recovery in China's economy. Industrial sector profits jumped 20 percent in August, the best showing in three years, while a Reuters poll showed manufacturing sector activity likely expanded modestly for a second straight month in September. But many investors remain skeptical about the sustainability of a recovery that they believe has depended on government stimulus."

At the end of the quarter, emerging markets moved higher after OPEC announced a preliminary agreement to limit production. It was the first production cut in eight years. The agreement boosted oil and energy stocks in countries around the world.

The fourth quarter of 2016 may be a bumpy one. The U.S. election has the potential to cause some upheaval, as does a rate hike by the Federal Reserve.

LAUGH THEN THINK - HARDER. The Ig® Nobel Prizes were awarded last week. The prizes celebrate some of the most imaginative, unusual, and peculiar scientific achievements of the year. For 2016, the winners included:

The winners' accomplishments were celebrated at Harvard University where winners "physically receive their prizes and a handshake from genuine, genuinely bemused Nobel laureates."

"I have lived as a badger in a hole in a Welsh wood, as an otter in the rivers of Exmoor, an urban fox rummaging through the dustbins of London's East End, a red deer in the West Highlands of Scotland and on Exmoor, and, most hubristically, a swift, oscillating between Oxford and West Africa... Why I did this is not an unreasonable question. There are many answers. One is that I wanted to perceive landscapes more accurately. We have at least five senses. By and large we use only one of them - vision. That's a shame... I suspect it's responsible for lots of our uncertainty about the sort of creatures we are, our personal crises, and the frankly psychopathic way in which most of us treat the natural world."

Professional golfers know that keeping a consistent swing tempo is key to hitting consistent shots. Some golfers have a faster tempo than others; but, regardless of club length, the time it takes to swing a club from beginning to end should remain the same.

Many amateur golfers fall into the habit of increasing the speed of their swing to hit longer shots. However, speed and distance come from longer club length, not swing tempo. If you fall into the habit of changing your speed with each club, you won't be able to hit consistently. To test your consistency and practice a steady tempo, try several practice swings with a mid-ranged club, like a 5- or 6-iron. Focus on swinging smoothly and finishing with good form. Tee up to a ball and try a practice shot with the same tempo. Then try a shot with a range of clubs to see if your pace remains consistent.

What should I do if I have negative taxable income on my individual income tax return?

If you suspect your taxable income may be negative in a given year, talk to your CPA and Financial Advisor immediately. Possible solutions may include: 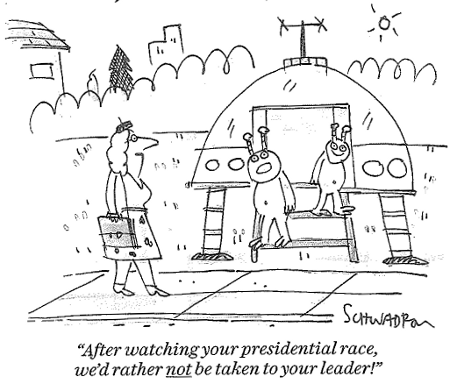