During July 2016, Pew Research reported almost 60 percent of Americans were suffering from election fatigue. They weren't uninterested in the election. They were just worn out by never-ending news coverage that focused on candidates' comments, personal lives, and standing in the polls rather than their moral character, experience, and stance on issues.

Last week, U.S. election news overshadowed positive economic data causing U.S. stocks to lose value as investors shifted assets into safe havens. Early on Friday, the Bureau of Economic Analysis released gross domestic product data, which reflects the value of all goods and services produced in the United States during the period. Initial estimates suggest the U.S. economy grew at an annual rate of 2.9 percent in the third quarter of 2016, an improvement on second quarter's 1.4 percent growth. Consumer spending continued to be the primary driver of growth in the United States.

Markets moved higher on the news, only to retreat when the Federal Bureau of Investigation said it is looking at new evidence in the Clinton email investigation.

The next few weeks are likely to be bumpy for investors. During times like these, it's critical to keep your eye on your long-term financial objectives. We've weathered volatile times before, and we will get through them again.

OOOOH! SOME STATES' ESTATE TAXES ARE SCARY! Most Americans aren't too concerned about federal estate taxes. After all, 99.8 percent won't have estates large enough to be subject to the tax. For 2016, the estate tax threshold is $5.45 million (double that amount for a married couple) and it is expected to be $5.49 million in 2017 (barring any changes to the tax code).

At the state level, it's a different story. Kiplinger's explained:

"However, state estate taxes, which kick in for estates valued at only $1.5 million or less in several states, could take a big bite out of your legacy. Your home and retirement accounts will be counted when your estate is valued for tax purposes, and proceeds from your life insurance could be counted, too, depending on how the policy is owned and who gets the money."

The Tax Foundation reports, in all, 15 states and the District of Columbia have estate taxes. They included:

In addition, Iowa, Kentucky, Maryland, Nebraska, New Jersey, and Pennsylvania all have inheritance taxes. If you haven't given much thought to estate planning, a financial professional may be able to help you find ways to minimize the taxes your estate and your heirs may owe.

"Success is not final; failure is not fatal: It is the courage to continue that counts."

Dialing in your directional control and distance awareness is challenging and takes practice. Use this putting drill to practice control and drop your stroke count. Choose a breaking putt that's between 15 and 40 feet or so. Walk to about the halfway mark and place two tees six inches apart. You get one point for sending the ball between the tees, you get a second point if you can also end within three feet of the hole, and a third point for also sinking the putt.

This drill rewards accuracy, speed control, and perceptual awareness by forcing you to visualize the line the ball needs to take. Adjust the game as you improve by moving the tees, shifting your starting point or moving the tees closer together. The more you play, the better you'll get at identifying and executing the best line to the hole.

What does history tell us about presidential elections?

Generally speaking, the markets perform well in election years. Since 1960, 12 of 14 presidential election years have ended with the S&P 500 delivering positive returns. The only two that didn't were 2000 and 2008, where the dot-com crash and beginning of the Great Recession, respectively, drove markets down .

Although election years almost always provide positive returns, determining which party is better for investments is a challenge. Looking at S&P 500 returns since John F. Kennedy's term began in 1961, returns averaged 13.29% with a Democratic president and 8.71% with a Republican. But, the highest 4-year returns happened under Gerald Ford, a Republican.

The reality is that no president operates in a vacuum, or controls market behavior. An incredibly complex mix of geopolitical and economic forces combine to affect market performance during each president's term. Ultimately, no one can predict how an individual election will affect the economy. But no president is able to single-handedly drive or destroy the economy. No matter what happens on November 8th, we are all part of an interconnected global marketplace, where many factors beyond the American president determine what the future holds. 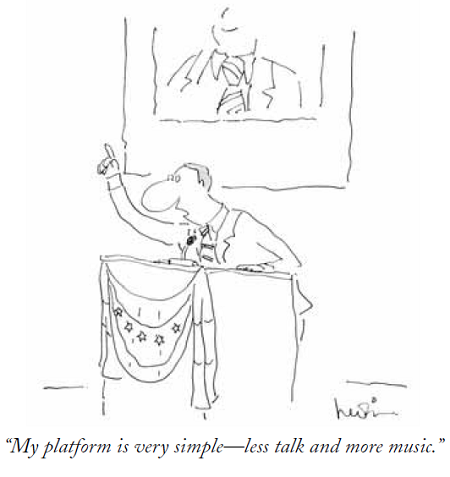