Speculating on who or what is to blame for recent market weakness is a popular pastime right now. Last week, Barron's said the search for someone to blame is a lot like a game of Clue. So far, the most common conclusions are "the People's Bank of China with a devalued currency in Beijing," and "Janet Yellen with a potential interest-rate hike in Washington."

The article pointed out those theories might be flawed. After all, China's slowdown wasn't a surprise. Analysts have been factoring slower growth into their calculations for some time. U.S. rate hikes are highly anticipated and, even though some fear they could tip the American economy into recession (and argue recent stock price movement supports the claim), relatively strong economic data casts doubt on the idea. Some analysts believe the stock market can help predict where a country's economy is headed. A significant drop in stock prices could be indicative of a future recession and a significant increase could suggest future economic growth.

So, why have markets headed south? Barron's offered an alternative answer: Investors with volatility trading strategies (and/or a case of nerves) across the globe. The article pointed out the CBOE Volatility Index (VIX), a.k.a. the fear gauge, popped from a low of 13 to a high of 53 between August 18 and August 24:

"That's higher than when Standard & Poor's cut the credit rating of the United States in 2011, or at the peak of the European debt crisis in 2010, and seems extreme given the evidence. But volatility isn't simply a measure of fear. It has been used to manage risk in portfolios that employ sophisticated trading schemes... Although each type of fund adjusts to market changes at a different speed, they all respond in the same way - by selling stocks... Don't just blame the professionals. For months now, there have been warnings about overcrowding in the market's best-performing stocks. And, when the market started to tumble in August, these stocks were among the hardest hit..."

THE TRAVAILS OF EMERGING MARKETS. Just a few years ago, emerging markets were the toast of the town. In general, emerging countries recovered much faster than developed countries following the financial crisis and global recession. The MSCI Emerging Markets Index delivered pretty remarkable (and highly volatile) performance during the past decade. According to the MSCI fact sheet, annual returns have ranged from down 53.33 to up 78.51:

Through September 4, the Emerging Markets Index was down 17.54 percent. While that's a significantly smaller swing than some we've experienced during the past 10 years, any double-digit dip demands attention. The Wall Street Journal explained the downturn like this:

"China's economic slowdown is having broad implications, hitting regional economies like Taiwan, Malaysia, and Vietnam where manufacturing data showed declines for August. Emerging markets are also nervous about the possibility of an interest-rate increase in the United States, which would encourage global investors to invest more there. China's Shanghai Composite Index is down 39 percent after hitting a seven-year high in June."

Indeed, money is moving back into the United States. Experts cited by The Economist said about $44 billion has been pulled from emerging markets since mid-July.

Christine Lagarde, Managing Director of the International Monetary Fund (IMF), indicated the IMF's outlook for global growth was likely to be revised downward, in part, because emerging economies are at risk of being negatively affected by commodity price weakness, China"s slowdown, and America"s monetary policy.

Please keep in mind, international investing involves special risks such as currency fluctuation and political instability and may not be suitable for all investors.  These risks are often heightened for investments in emerging markets.

"I never blame myself when I'm not hitting. I just blame the bat and if it keeps up, I change bat. After all, if I know it isn't my fault that I'm not hitting, how can I get mad at myself?"

Build Confidence with a Chalk Line

One of the best ways to build confidence in your swing and aim is to practice lots of short putts in a safe, comfortable area. The next time you head to the putting green, bring a simple chalk line.

Set up a putt in a flat area about 20 or 30 feet away from the hole. Run a chalk line directly from your tee to the hole. Use the line to guide your stroke; you want the head of your putter to move directly along the line and you want your putterhead to stay square and perpendicular to the line.

Start with a bucket of balls and aim to get each one to within a couple of feet of the hole. Adjust your forward and backstroke as necessary until you find your distance control improving and your stroke consistently following the straight line of the chalk. 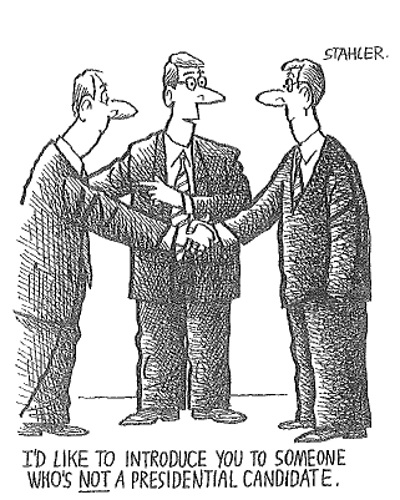