Last week was mixed for the markets, as the Dow increased by 0.44%, while the S&P 500 lost 0.06%, the NASDAQ dropped 0.13%, and the MSCI EAFE gave back 0.55%. We also saw a variety of data released, giving a similarly mixed view of recent economic activity. Retail sales and the Consumer Price Index showed modest gains, while industrial production and housing starts both declined.

The biggest headline from last week, however, was a development the market anticipated for quite some time: The Federal Reserve decided to raise its benchmark interest rates - for only the second time since 2006.

Why did the Fed raise rates?

The Federal Open Market Committee (FOMC), the group of Fed officials who meet to determine interest rates and other policies choices, has a mandate to "foster maximum employment and price stability." In its quest to uphold this mandate, the FOMC aims to keep inflation at 2%, as this level can help support accurate financial forecasting and decisions while preventing harmful deflation.

When describing her organization's decision to raise rates this month to a range of 0.5 - 0.75%, Fed Chairwoman Janet Yellen said, "My colleagues and I are recognizing the considerable progress the economy has made. We expect the economy will continue to perform well." The FOMC also said they may introduce three additional interest rate increases in 2017, up from their previous prediction of two raises.

In other words, the Federal Reserve believes our economy is on the right track and inflation may begin to rise. They are using the tool of interest-rate increases to help keep employment and inflation at healthy levels.

How did the markets react to the interest rate increase?

Overall, investors seemed to react reasonably to the interest rate increase. The VIX, a measure of expected volatility in the markets, increased by 4.6% - but it remains at low levels. In other words, the likelihood of great volatility seems slim.

One area of the market, however, did not respond well to the Fed's interest rate increase and inflation increase prediction: bonds. This summer, global bond markets experienced a rally in response to a variety of factors, including potential slowing economic growth worldwide. But since the U.S. election, the value of government debt has dropped by more than $1 trillion, as investors now expect greater inflation and a quickening economy. Essentially, the faster the economy and inflation grow, the less value that long-term government debt holds - contributing to the bond market's recent losses.

How could the rate increase affect you?

Rising interest rates have both positive and negative effects for individuals. If you have money earning interest in the bank, you can expect to earn a slightly higher return. Conversely, if you borrow money - such as taking out a new mortgage or refinancing existing liabilities - your interest rate may be higher than before the Fed's announcement.

In addition, the interconnected relationships between equities, bond markets, and other financial vehicles will evolve as interest rates increase. These shifts can be much more complex, and we are here to help you stay on top of any changes and align your financial life with the current market environment.

"If I had six hours to chop down a tree, I'd spend the first four hours sharpening the axe."

Many amateur golfers make the mistake of overusing their legs during a swing. While you want to use your legs for leverage and stability, wild gyrations will slow your clubhead and rob you of speed and power. If you're having trouble with your legs, ask an instructor to check for a lack of proper upper body movement.

How much can I gift in 2016 without being taxed?

In 2016 the annual gift exclusion amount is $14,000.  Each individual donor can gift this amount to an unlimited number of donees. If you are married and wish to make gifts to your two children, you and your spouse together are allowed to gift $28,000 to each child for a total of $56,000. If your children are married, you and your spouse can gift as much as $56,000 to each couple without tax issues. 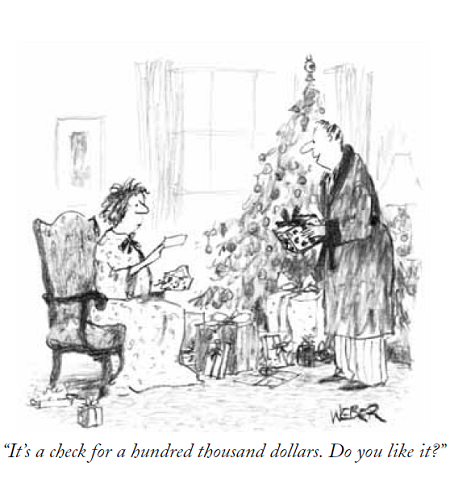