Once again, domestic markets reached record highs last week. The S&P 500 was up by 0.69% and the NASDAQ increased by 0.12%. With its 0.96% week-over-week growth, the Dow has posted gains for 11 straight days and is currently experiencing its longest record streak since 1987.

Last week did not offer much new information on economic fundamentals. With the exception of January increases for new single-family homes and the fastest pace of existing home sales since 2007, we do not have a tremendous amount of new data to share.

In the absence of this data, focusing on the roiling political conversations becomes much easier. As we have said before, we encourage you to pay attention to how the economy is performing - not what the headlines are blaring. Rather than recount the policy debates and political back-and-forth, we will discuss three important economic developments on our horizon: revised GDP, February CPI, and Fed interest rate deliberations.

February 28: Revised Q4 2016 GDP
On Tuesday, we will receive the second growth estimate of the U.S. economy during the fourth quarter of 2016, which came in at 1.9% in the first estimate. Consensus is that the revised estimate will increase to 2.1%, but we will have to wait until March 30 to see the third and final measurement of Q4 economic growth.

The Bottom Line: GDP is key in measuring the U.S. economy's strength. Any upward revisions would signal our economy is growing faster than the initial readings indicated.

March 15: February Consumer Price Index (CPI)
In January, the CPI experienced its largest month-over-month jump since 2013. The upcoming February report will help to show whether prices are continuing to increase and how the cost of living is changing.

The Bottom Line: The CPI measures changes to the average cost of specific goods and services that consumers purchase and is a key indicator for inflation. This data affects the bond and equity markets, labor contracts, Social Security payments, tax brackets, and more.

March 15: Federal Open Market Committee (FOMC) Meeting Announcement
From March 14 - 15, the FOMC will meet and determine whether or not to raise the Federal Reserve's benchmark interest rates. After the meeting concludes, Fed Chair Janet Yellen will announce their decision - a move that market participants will watch very closely. Yellen recently commented that "Waiting too long to [raise rates] would be unwise." However, Wall Street does not expect an increase in March and shows a less than 1 in 5 chance of this move.

The Bottom Line: When the Fed changes its benchmark interest rate, the effects re-verberate throughout our economy. According to Barron's, the FOMC interest-rate policy meetings "are the single most influential event for the markets." If the Fed decides to raise rates, this choice would affect interest rates now and also imply that monetary policy will continue to tighten throughout 2017.

These upcoming details are only a few of the noteworthy economic details on the horizon. If you have questions about what other fundamental data we are tracking or believe could affect your financial life, we are always here to talk.

"The ancestor of every action is a thought."

Perfect Your Drive in the Backyard

Unless your property is huge - or you don't mind smashing your neighbors' windows - chances are you haven't spent much time practicing your drive at home. With this exercise, you can effectively (and safely!) practice your swing.

Step 1: Grab a driver and go outside.

Look for a spot in your lawn where the grass length is similar to the rough - around the height of a tee.

You aren't actually hitting balls here; you're practicing your swing. Set up like you're at the tee box and swing so your driver's bottom just touches the top of the grass. Don't attack the imaginary ball like you would with an iron or you could end up digging into your yard - and you certainly won't improve your drives.

Keep practicing your swing, each time aiming to just skim the grass. Hitting up on the ball with this sweeping motion will help you launch long, straight drives the next time you're at the tee.

How much can I gift in 2017 without being taxed?

In 2017 the annual gift exclusion amount is $14,000. Each individual donor can gift this amount to an unlimited number of donees. If you are married and wish to make gifts to your two children, you and your spouse together are allowed to gift $28,000 to each child for a total of $56,000. If your children are married, you and your spouse can gift as much as $56,000 to each couple without tax issues. 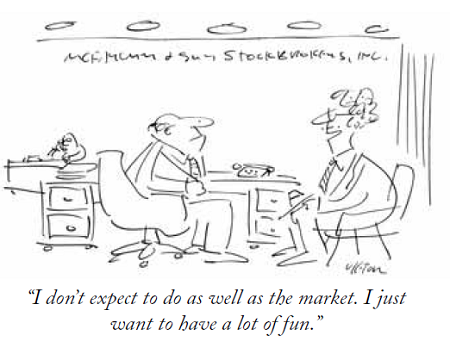