The market is as streaky as a slice of bacon.

U.S. stock markets have been sliding higher. And sliding lower.
Barron's reported the Standard & Poor's 500 Index has tumbled from gains to losses and back again for 10 weeks in a row. The Dow Jones Industrial Index has tagged along with nine weeks of flip-flops. You'd almost think they were running for office.

There are market optimists. There are market pessimists.
The American Association of Individual Investors (AAII) weekly survey of investor sentiment reported 34.6 percent of respondents were bullish. That's up from the previous week. Thirty-five percent of respondents were bearish. That's also up from last week. What's down? Neutral sentiment. More people are forming opinions about the possible direction of the market.

There are questions that need to be answered.
Will the Federal Reserve begin to raise rates this week?
Some say yes. Some say no. Barron's said it's too close to call. There is no clear consensus, Fed officials have given mixed signals, and the bond market has not priced in a rate hike. If the Fed does raise rates, experts cited by Barron's said markets could get ugly for a little while or they could remain calm. A lot depends on the wording of the Fed's statement.

Have Chinese markets stabilized?
MarketWatch reported the Shanghai Composite Index finished last week higher. It was the first positive weekly outcome in a month. Chinese authorities, once again, are taking steps to stabilize markets. The Economist offered this thought, "As China's financial markets develop, its stock market will become less bumpy. For now, investors must remember that many things are bigger in China, including the daily ups and down of its stock market."

Will the U.S. government shut down again?
It's in the hands of our elected officials.

ARE WE SEEING THE BIG PICTURE? It's safe to say many people are worried about whether economic growth - in the United States and abroad - will be stifled by changing monetary policy in the United States. As a result, all eyes have been on the Federal Reserve, which is expected to begin raising the Fed funds rates sometime soon.

However, the Federal Reserve's monetary policy isn't the only game in town. Fiscal policy - the actions taken by our government - can also have a profound effect on economic growth. A July Brookings' blog post 'Fiscal Headwinds are Abating,' reported:

"Tight fiscal policy by local, state, and federal governments held down economic growth for more than four years, but that restraint finally appears to be over... Fiscal policy is no longer a source of contraction for the economy, but neither is it a source of strength."

The blog post discusses the reasons that government spending has held back economic growth. At the federal level, contraction was attributed to "...tight caps on annually appropriated spending and the automatic spending cuts known as sequestration." The organization's Federal Impact Measure (FIM), which estimates the effect of federal, state, and local spending (and taxes) on gross domestic product growth, suggests federal spending caused economic growth to be 0.35 percentage points lower per year, on average, between 2011 and 2013.

There is talk of a government shutdown at the end of September. If it happens, it could have an effect on economic growth. The last time the government shut down was in 2013. Experts cited by the BBC reported the 2013 shutdown cost the U.S. economy about $24 billion and reduced quarterly economic growth by 0.6 percent. That shutdown lasted 16 days.

It is possible economic growth may slow for some period of time. It's also possible monetary policy, fiscal policy, and other factors may be responsible.

"My best friend is the man who in wishing me well wishes it for my sake."

If you frequently slice your drives - like many amateurs - you may be failing to square your clubface at impact or you may have too steep of a downswing. Pros typically swing their clubs on a flatter plane than do amateurs, allowing their clubfaces to square up before impact.

Here's a quick drill you can run to help your drives:

Rehearse your swing on a flatter plane by hovering about a foot off the ground and making shallower swings. Doing so helps you rotate your arm more thoroughly through the point of impact, generating greater clubface rotation. Try these hovering swings before each drive to reduce your chances of a slice.

How often do you review my portfolio?

Although our clients all have customized portfolios, most portfolios hold similar investments that we have chosen as best in class from throughout the investment universe. The customizations typically come in the form of asset allocation - determining the appropriate mix of investments for your particular situation.

That being said, we constantly review the investments we have chosen. During our daily meetings with clients we continuously evaluate these investments to ensure they remain in line with our expectations throughout changes in the market and economy. An even closer look is taken outside of meetings where we perform more detailed fundamental analysis.

With investments constantly analyzed, we take the opportunity to review each client's customized portfolio on at least a monthly basis. At this time we review how your investments are performing as a whole, your asset allocation strategy, and how your portfolio is working towards achieving your goals, among other factors effecting your financial situation.

Please let us know if you or someone you know has any questions about their portfolio. 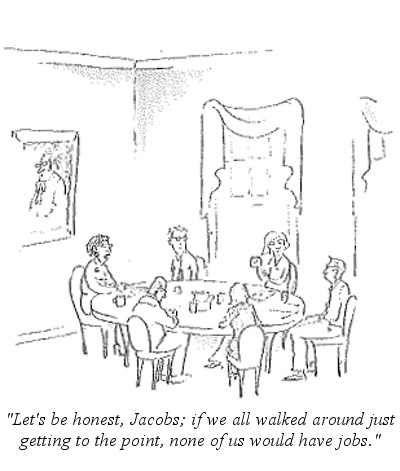