Stocks continued their advance on generally strong earnings reports this week despite the GDP report showing a slow first quarter economy. The S&P 500 rose 1.51%, the Dow gained 1.91%, and the NASDAQ added 2.32%. On Tuesday, the NASDAQ posted record highs as it closed over 6,000 for the first time.

On Friday, April 28, we learned that first quarter GDP increased a modest 0.7%, lower than the reported consensus expectations of approximately 1%. Oil drilling and housing performed well, but consumer spending fell, largely due to poor auto sales and lower utility bills. Consumer spending, the largest segment of our economy, rose by only 0.3%.

While this growth is slower than the 2.1% last quarter - and the lowest we've experienced in three years - the picture is likely not as negative as it may seem at first. Not only did mild weather affect consumer spending on heating, but the government has also acknowledged its challenges accurately calculating data for first quarter GDP.

In addition to these GDP readings, a number of other events and data releases contributed to market performance this week.

North American Trade Experienced Tension
On Wednesday, April 26, reports that the U.S. may pull out of NAFTA created concern in financial markets. By Thursday, however, markets calmed after President Trump said he would agree to requests from Canada and Mexico's leaders to renegotiate the decades-long trade deal. As these negotiations continue, two controversies lay in the background:

Finding the right solution for the negotiations is important to the U.S., Canada, and Mexico. NAFTA affects a significant portion of each country's economy, including industries such as farming, automotive, and energy. Trade with the two countries accounted for approximately $584 billion in U.S. exports in 2016.

With Congress avoiding a shutdown last week, the markets should focus this week on:

By Friday, most remaining S&P 500 companies' earnings reports will be in, including Apple, Facebook, and Pfizer. Looking ahead, we will watch for what economic stories emerge from the data we receive, including the upcoming jobs report. For now, despite the first quarter's initially slow GDP growth, expectations continue for 2.5% growth in 2017.

"The winds and waves are always on the side of the ablest navigators."

When you're told to swing "nice and easy," a common problem can emerge: You forget to go after the ball. The result? You become too relaxed in your swing and lose force. You can hit the ball better and avoid a loose swing with the following practice:

First: Understand What a Loose Swing Can Do
Solid contact requires decisiveness in your swing. Without strong grip and force, you get out of synch and lose precision as you move through the impact zone.

Second: Hit the Ball in the Rough - Half Swing
You can practice your swing by hitting your ball out of the rough. When doing so, you have to be more aggressive in order to clear the heavy grass. To nail that shot, you end up bracing for impact to stabilize your swing. This is the goal you need to reach to also hit a solid shot in the fairway: a feeling that your arms and torso connect in unison. You can practice this swing:

Third: Hit the Ball in the Rough - Full Swing
After you practice your half swing, try to recreate that feeling in your full swings. The rough will reveal the quality of your swing: If your arms disconnect from your body and you don't stay strong, you will make awful shots.

Continue to practice your full swings until you hit the ball consistently strong out of the rough - and then watch your improvements unfold in the fairway, too.

What Makes a Gift Taxable?

When you give gifts of property or money to people, you may need to pay a gift tax to the IRS. Here are some points to consider.

Are all gifts taxable?
Generally, no. While you should keep in mind that the gift tax could apply to you, most gifts that you give do not trigger the gift tax. Here are nontaxable gifts:

Does the person who receives a gift pay a gift tax?
Typically, no; they aren't responsible for paying a tax on the gift.

If you gave a taxable gift, file Form 709, United States Gift (and Generation-Skipping Transfer) Tax Return. Other details may apply, and you can find more information on the IRS website. 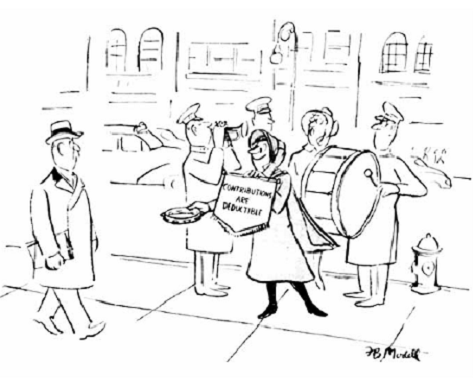