Last week, stocks rose but floated within a narrow trading range. By Friday, however, both the S&P 500 and the NASDAQ reached record highs.

Increased Job Creation and Low Unemployment
In April, U.S. payrolls added 211,000 jobs, exceeding the 190,000 predicted and showing a significant bounce back from March's 79,000 increase. The jobless rate also dropped to 4.4% - the lowest it has been since May 2007. The economy added jobs in several industries:

Decent Manufacturing and Service Reports
The ISM Manufacturing Index fell in April to 54.8 but remains in positive territory. The report is above 2016's 51.5 average and suggests continued manufacturing growth. Meanwhile, the PMI Manufacturing Index reported a 0.5 loss in April at 52.8. However, the PMI Services Index rose from 52.8 in March to 53.1 in April. While the month-over-month declines may show a pause in manufacturing, numbers above 50 indicate growth.

Auto Sales Below Expectations
U.S. motor vehicle sales bounced up to an annualized rate of 16.9 million. Though April's report falls below the predicted 17.2 million, it improves on March's 16.6 million annualized rate.

On Wednesday, May 3, the Federal Open Market Committee (FOMC) announced it would keep the federal funds target range at 0.75% to 1.00%. Nonetheless, the Fed remains encouraged that the second-quarter GDP will rebound, because they believe consumer fundamentals remain solid. This sentiment may indicate the FOMC will raise rates in their June meeting.

On Sunday, Emmanuel Macron won the French presidential election, as expected. Macron's win should ease European Market concerns, as he is a centrist who supports global trade, the euro, and France's continuing membership in the EU.

As we look ahead to this week, our analysis will include a variety of international and domestic focuses. In particular, consumer prices, retail sales, and business inventories will highlight economic reports for the week while oil prices also should remain in focus for investors.

"Truth is ever to be found in simplicity, and not in the multiplicity and confusion of things."

Get Out of That Ugly Lie

We all have off-days where the ball just seems to land in the most difficult spots. If you're stuck in a spot where you can't address the ball in any normal way, you need to know how to creatively escape these bad breaks. The next time your ball lands next to a tree or bush, you can take specific steps with your stance and approach to help you save your shot.

Stand with your back facing the target
When doing so, hold the club in your right hand (opposite for lefties), and point the club face at your target. You should have your club arm out to the side. This stance gives you the motion and space you need for swinging and hinging the club.

Hinge the ball up and down by using your wrist
You'll want to pop your ball onto the fairway. With this stance and motion, you have the speed you need to advance the ball back to the position you need for a standard shot.

While this move may seem risky, it can help you get back on track without taking an unplayable lie penalty or missing the shot and not being able to advance the ball. In-stead, you'll create an open path to the green for your next shot by making full contact with the ball and pitching it out to the clear.

Roth IRAs hold another advantage, one that becomes increasingly important as you age through retirement. Virtually every other tax-sheltered plan requires you to begin taking required minimum distributions (RMDs) once you turn age 70½. Roth IRAs stand alone among plans as they do not require RMDs. This allows you to continue accumulating money in your Roth during the time when you must draw down the balances of your other retirement accounts - possibly reducing the risk that you'll outlive your money.
Everybody's situation is different, so it's important to focus on what may make sense for you. Ask yourself a few questions to help determine the factors that matter most in making your decision.

Please contact our office if you would like help estimating the potential long-term tax and financial impact of converting to a Roth IRA. 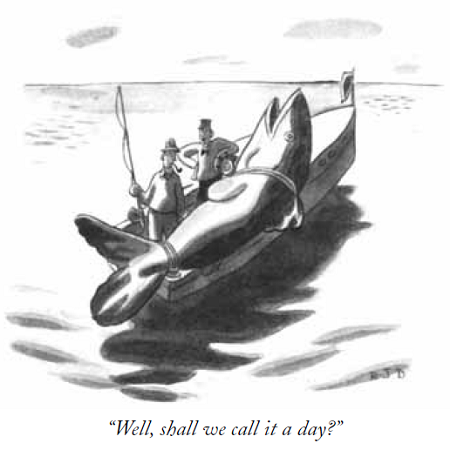