Recession fears and concerns that the Fed may consider a longer rate-hike cycle sent stocks lower for the week.

The manuscript, written around 1508, was one of some 30 similar books da Vinci produced during his lifetime on a variety of subjects. It contained 72 loose pages featuring some 300 notes and detailed drawings, all relating to the common theme of water and how it moved. Experts have said that da Vinci drew on it to paint the background of his masterwork, the Mona Lisa. The text, written in brown ink and chalk, read from right to left, an example of da Vinci’s favored mirror-writing technique. The painter Giuseppi Ghezzi discovered the notebook in 1690 in a chest of papers belonging to Guglielmo della Porto, a 16th-century Milanese sculptor who had studied Leonardo’s work. In 1717, Thomas Coke, the first earl of Leicester, bought the manuscript and installed it among his impressive collection of art at his family estate in England.

More than two centuries later, the notebook—by now known as the Leicester Codex—showed up on the auction block at Christie’s in London when the current Lord Coke was forced to sell it to cover inheritance taxes on the estate and art collection. In the days before the sale, art experts and the press speculated that the notebook would go for $7 to $20 million. In fact, the bidding started at $1.4 million and lasted less than two minutes, as Hammer and at least two or three other bidders competed to raise the price $100,000 at a time. The $5.12 million price tag was the highest ever paid for a manuscript at that time; a copy of the legendary Gutenberg Bible had gone for only $2 million in 1978. On November 11, 1994, the codex was sold to an anonymous bidder–soon identified as Bill Gates, the billionaire founder of Microsoft–at a New York auction for a new record high price of $30.8 million. Gates has loaned the manuscript to a number of museums for public display. 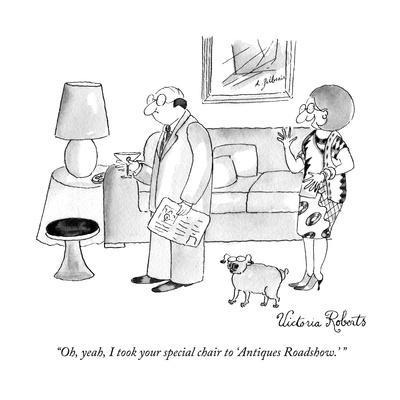 Stocks Slide
Stocks were under pressure much of the week due to resurgent recession fears and concerns that Fed rate hikes may go higher for longer than current expectations. There was some good news last week on the economic front and out of China, which started to loosen COVID restrictions. But it was a week where good news was considered bad news, as any signs of economic resilience stoked worries of a longer rate-hike cycle.
Higher continuing jobless claims signaled economic softness, triggering a Thursday rally. But stock prices were under pressure Friday following a disappointing Producer Price Index (PPI) number.

Producer Inflation Disappoints
The Labor Department reported that the PPI rose 0.3% in November and 7.4% from a year ago. Though wholesale prices inflation rose at the slowest 12-month pace since May 2021, they exceeded market expectations. Price pressures were felt most in the services sector, where costs rose 0.4% after a 0.1% increase the month before. Goods inflation eased to a rise of 0.1%, a sharp drop from its October gain of 0.6%.
Though the PPI number dented the optimism around cooling inflation, November’s PPI report represented an improvement from its 11.7% peak in March.

While becoming financially independent may seem overwhelming and hard to reach, creating a strong financial foundation is the first step on the path to independence. It’s not as complex as you might think!

As a general guideline, the journey to becoming independent from financial burden and the freedom it brings stems from creating a surplus between your income and expenses. There are many ways to do this, but there are a few building blocks that allow for the ability to have more income than you spend. You can get started with these first steps:

Set goals. Before you set off on your track to financial independence, you need to know what you’re aiming for. Set very clear short, mid, and long-term goals that are attainable and provide the motivation to stick to your plan.

Build a Budget. Assess your current financial situation by listing all income sources and expenses. Use utility bills, bank statements, and credit card bills to make sure you’re accounting for all charges and debits, including cash withdrawals. Also, evaluate your discretionary spending and identify what you can tighten up or do without.

Emergency Fund. Set aside money in an emergency fund that can cover up to three months of all expenses. If you don’t have the funds, earmark income each month in your budget to get one going. Having an emergency fund allows a safety net in the event a financial emergency arises (such as a job loss, home or vehicle repair, or health-related expense).

Pay Down Debt. Review your current debt to determine what debt needs to be eliminated, start with the highest interest rates first. The goal is to be very intentional about the debt you hold, avoid overspending or living outside your means, and never undertake debt you can’t afford.

Taking a deep dive into these financial areas can be sobering, but uncovering spending leaks or bad habits is what will allow you to make adjustments and start creating the financial surplus that can lead to wealth in the end. It can also loosen up funds to pay for emergency expenses or pay off any high-interest debt that may be impeding your financial goals.

Whether this is your first time working through this process or you’re simply reassessing your current financial situation, having a sound foundation is an essential part of becoming financially independent. It’s always a work in progress! Let us know if you’d like to discuss this further or need recommendations. We’re just a phone call away.