The Mars Exploration Rover Spirit lands on the Red Planet on January 3, 2004. 21 days later, its twin, Opportunity, also arrived safely. In one of the longest and most successful missions in NASA history, Spirit would survey Martian geography for the next seven years, while Opportunity remained active until June of 2018.

The rovers' primary mission was expected to last 90 sols, the term used for Martian days. In March, scientists announced that they had made a momentous discovery: a survey of Martian rocks strongly suggested that water had once flowed there, and analysis of Opportunity's landing site indicated that it had once been the bed of a salty sea. Later in 2004, Opportunity also discovered the first meteorite to be found on Mars.

The rovers continued to explore Mars for several years, with Spirit becoming a "stationary research platform" after getting stuck in sand. Spirit eventually fell out of contact with NASA, which declared its mission over in 2011. Opportunity, however, continued exploring. In 2014, it broke the record for longest distance driven by an off-Earth wheeled vehicle, and the next year NASA celebrated as Opportunity finished a "marathon," having traversed over 26.2 miles. In February 2019, NASA announced the end of the MER mission after Opportunity ceased responding to their communications. The rover had broken several other records, including the highest elevation reached on Mars, and sent back 224,642 images. Having far surpassed its original goals and contributed greatly to human understanding of Mars and its potential to host life, the MER mission had a major impact on mankind's knowledge of our solar system. 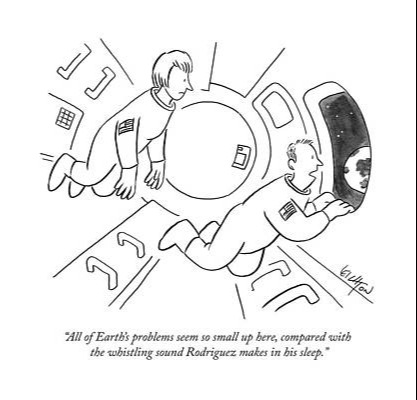 Stocks End Lower
Steps by China to move past its zero-Covid policies triggered concerns that its economic reopening might aggravate inflation pressures, sending stocks lower and bond yields higher to begin the week. Technology stocks saw the most significant hit.

With dimming prospects of a Santa Claus rally (the historical tendency of stocks to rise in the final trading days of the year and the first two days of the new year), stocks rebounded strongly on Thursday to erase the losses of the previous two days. However, stocks again turned lower to end the week with small losses.

Lower Risk Appetite Amid Uncertainty
In an otherwise slow week for news, two monthly reports were released highlighting the market's headwinds. The first was State Street’s Investor Confidence Index, which measures the risk appetite of institutional investors. The December report showed the confidence of large asset managers in investing in risk assets, like stocks, has dropped over the past two months, explaining, in part, why stocks may have struggled of late.

Meanwhile, the Atlanta Fed released its Survey of Business Uncertainty, which reflected both declining expectations around sales growth and employment, along with growing uncertainty about revenue and employment growth over the next 12 months.

The Internal Revenue Service has released new limits for the coming year. After months of high inflation and financial uncertainty, some of these cost-of-living-based adjustments have reached near-record levels.

SIMPLE Accounts A $1,500 increase in limits for 2023 gives individuals contributing to this incentive match plan a $15,500 stop light.

Keep in mind that we provide updates for informational purposes only, so consult with your tax professional before making any changes in anticipation of the new 2023 levels. You can also contact our offices, and we can provide you with information about the pending changes.