﻿Stocks rallied last week thanks to fresh confirmation of inflation’s cooling trend and growing optimism that an inflation slowdown may provide the Fed with space to ease up on future rate hikes.

FACT OF THE WEEK
On January 16, 1605, Miguel de Cervantes' El ingenioso hidalgo Don Quixote de la Mancha, better known as Don Quixote, is published. The book is considered by many to be the first modern novel and one of the greatest novels of all time.

The protagonist is a minor noble, Alonso Quixano, whose obsessive reading of chivalric romances drives him mad. He adopts the name Don Quixote and, along with his squire Sancho Panza, roams around La Mancha, a central region of Spain, taking on a number of challenges that exist entirely in his mind. Quixote attacks a group of monks, a flock of sheep, and, most famously, some windmills he believes to be giants. The episodic story is intentionally comedic, and its deliberately archaic language contributes to its satirization of older stories of knights and their deeds.

Although Cervantes made only a modest profit off of its publication rights, the novel was re-published across Spain and Portugal within the year. Over the next decade, it was translated and re-published across Europe and widely read in Spain's American colonies. Over the subsequent centuries, critics have continued to praise, analyze, and re-interpret Don Quixote. Many analyses focus on the theme of imagination and the more subversive elements of the text, which has been taken as a satire of orthodoxy, chivalry, patriotism, and even the concept of objective reality. The novel gave rise to a number of now-common idioms in Spanish and other languages, including the English phrase "tilting at windmills" and the word "quixotic." Laurence Sterne's Tristram Shandy, another novel frequently called one of the greatest of all time, was heavily influenced by Don Quixote, as was Mark Twain's enormously influential The Adventures of Huckleberry Finn, which explicitly references Cervantes' work. Cerebral, comedic, and groundbreaking, Don Quixote has endured in a way that only a select few novels could. 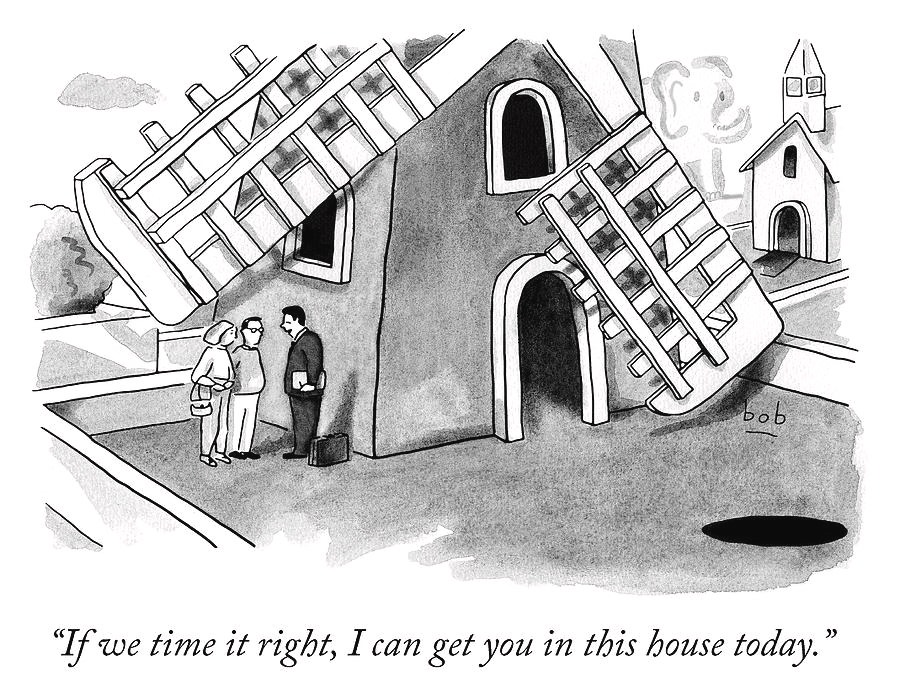 Improving Sentiment
Investor sentiment came into the new year weighed down by recession fears and concerns that Fed rate hikes may “go higher for longer.” Last week a different narrative emerged. Sustained declines in inflation, a rate hike cycle nearing an end, and a resilient economy that may avoid recession resulted in a broad-based rally.

Moderating inflation was evident in the Consumer Price Index (CPI) report released on Thursday, which, in combination with a strong labor report the previous Friday, gave investors confidence that the environment for stocks had improved. Stocks extended their gains to end the week as a few money center banks kicked off a new earnings season with upbeat reports.

Inflation’s Cooling Trend
December’s CPI report showed a 0.1% decline in prices from November and a 6.5% increase from a year ago. It was the sixth-consecutive month of decelerating year-over-year increases. Core prices (excludes food and energy) slowed to 5.7%, a decline from the previous month’s 6.0% year-over-year rise. For the last three months, core prices have risen at an annualized rate of 3.1%–the slowest pace in over a year. Falling gasoline prices (-9.4%) accounted for most of the monthly decline in the CPI. Used car prices (-2.5%) were another bright spot.

The best financial plan isn’t static. Instead, it changes with you as your life changes. Pair a flexible plan with an overarching set of goals as a guide, and that’s a recipe for success. As you work toward your goals, be sure to review your plan at important checkpoints along the way.

In the calm. It is during the calm times, in between life transitions, that we can zero in on what is important and incorporate that into our plan. This enables you to have a solid idea of your goals and financial plan before major life transitions come along, allowing you to be best prepared. The calm also provides time, energy, and focus to build out or refine your financial goals.

Goals to prioritize. Whenever you’re trying to identify where to focus your attention, what goals to work toward, or how to accomplish something, that’s a time to review your financial plan. Compare your goals with your plan, then (re)prioritize each goal based on how it impacts your finances both in the short term as well as over the long haul.

Major life events. This could encompass everything from a marriage or divorce, the death of a loved one, a job change, or a new baby. Any time there is a major life event or transition, it’s a good idea to review your plan and identify any changes that need to be made.

Have questions. Our role as trusted financial professionals is to ensure you have the guidance and plan to reach your goals, no matter what they are! There will be times you may have questions or feel unsure about some aspect of your plan, whether that’s due to market movement or simply figuring out your path. Taking stock of your plan when you’re feeling unsteady or in a heightened emotional state can reinforce the benefits of taking the strategic, rational course of action.

Annually. At the very least, even in the quietest of times, it’s a good idea to review your plan annually. Life is continuously changing, and it’s important to regularly review your goals, ensure everything is updated and accurate, and make any adjustments necessary. This way, you always have an eye on your goals, and nothing falls by the wayside.

It is a common misconception that a financial plan means shackling your freedom and lifestyle to an inflexible budget calculator. The best financial plan is aligned with your hopes and dreams and flexible enough to enable greater freedom and peace of mind. Consistently reviewing your plan will help you reach financial independence that much faster.

As always, we’re here to answer any questions or help with anything you or your family needs.