On January 23, 1957, the Wham-O toy company's machines rolled out the first batch of their aerodynamic plastic discs—now known to millions of fans worldwide as Frisbees.

The story of the Frisbee began in Bridgeport, Connecticut, where William Frisbie opened the Frisbie Pie Company in 1871. Students from nearby universities would throw the empty pie tins to each other, yelling “Frisbie!” as they let go. In 1948, Walter Frederick Morrison and his partner Warren Franscioni invented a plastic version of the disc called the “Flying Saucer” that could fly further and more accurately than the tin pie plates. After splitting with Franscioni, Morrison made an improved model in 1955 and sold it to the new toy company Wham-O as the “Pluto Platter”–an attempt to cash in on the public craze over space and Unidentified Flying Objects (UFOs).

In 1958, a year after the toy’s first release, Wham-O—the company behind such top-sellers as the Hula-Hoop, the Super Ball and the Water Wiggle—changed its name to the Frisbee disc, misspelling the name of the historic pie company. A company designer, Ed Headrick, patented the design for the modern Frisbee in December 1967, adding a band of raised ridges on the disc’s surface–called the Rings–to stabilize flight. By aggressively marketing Frisbee-playing as a new sport, Wham-O sold over 100 million units of its famous toy by 1977.

High school students in Maplewood, New Jersey, invented Ultimate Frisbee, a cross between football, soccer, and basketball, in 1967. In the 1970s, Headrick himself invented Frisbee Golf, in which discs are tossed into metal baskets; there are now hundreds of courses in the U.S., with millions of devotees. There is also Freestyle Frisbee, with choreographed routines set to music and multiple discs in play, and various Frisbee competitions for both humans and dogs–the best natural Frisbee players.

Today, at least 60 manufacturers produce the flying discs—generally made out of plastic and measuring roughly 20-25 centimeters (8-10 inches) in diameter with a curved lip. The official Frisbee is owned by Mattel Toy Manufacturers, who bought the toy from Wham-O in 1994. 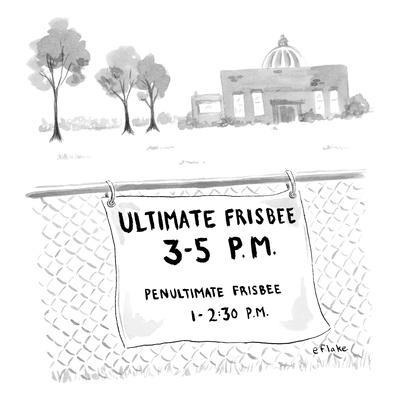 Mixed Economic Data
Stocks weakened to start the week amid discouraging corporate earnings and troubling economic data. Disappointing retail sales and manufacturing reports sparked concerns that the Fed may have gone too far in hiking rates, while a drop in initial jobless claims diminished chances of a near-term pause in rate hikes. Welcome news from two big technology names on Friday powered a strong rally that mixed significant indices.
The start of the earnings season was a drag on investor sentiment. While 69% of the S&P 500 constituent companies that reported earnings by Thursday (48 companies) exceeded expectations, the percentage of “beats” is below the three-year average. More concerning, however, was that average earnings declined by more than 2%.

Consumers Retrench
Retail sales fell 1.1% in December, capping an overall weak holiday shopping season. November retail sales were revised downward to -1.0%, from the earlier estimate of -0.6%. Compared to November-December 2021, sales increased by 5.3%, below the 6 to 8% increase expected by The National Retail Federation. Many economists viewed these lackluster numbers as evidence of a weakening consumer. A more cautious consumer raises more concerns about a recession at some point this year since the primary driver of U.S. economic growth is consumer spending.

On December 29, 2022, President Biden signed into law a $1.7 trillion budget bill called the SECURE 2.0 Act of 2022. SECURE 2.0 is expected to reshape retirement tax incentives for years to come since this new law makes numerous changes to existing retirement account rules. That includes rules for 401(k) plans, 403(b)s, IRAs, and Roth IRA accounts. Some of these changes could impact your retirement savings and personal financial planning strategy and approach.

Please take a moment to contact your human resources department to update your contributions or ask about your specific situation. Should you find this information helpful, please pass it on to friends and family.

As always, we’re here to answer any questions or help with anything you or your family needs.