The Dow Jones Industrial Average gained 0.11% for the week. But the S&P 500 fell 0.71% and the Nasdaq Composite index slid 1.57%. The MSCI EAFE index, which tracks developed overseas stock markets, declined 0.26%.

February 28, National Tooth Fairy Day, encourages us to take look back on the history of one of dental care’s little helpers.

In the mid-1920s fairies were used for all sorts of health education, from bath fairies to fresh air fairies as a way to get kids to remember to eat their vegetables, stay clean, and get a good night’s rest. Like toothpaste, today that advertises fruity flavors and sparkles to get kids excited to brush their teeth, in 1925 it was probably quite a bit more difficult considering the pastes were mostly just peroxide and baking soda.

Then in 1927, Esther Watkins Arnold printed an eight-page playlet for children called "The Tooth Fairy." It was the same year Sir Arthur Conan Doyle “proved” his claim that fairies and gnomes are real and “verified” with pictures of two little girls surrounded by fairies. The world was ripe with imagination and primed to have a tooth fairy about to come collect the lost teeth of little boys and girls and leave a coin or two behind.

Children’s author, Katie Davis, created the February 28 observance of National Tooth Fairy Day. While there is also an August 22 observance, it is interesting to note the two observances are six months apart and the American Dental Association’s recommendation to have cleanings twice annually. 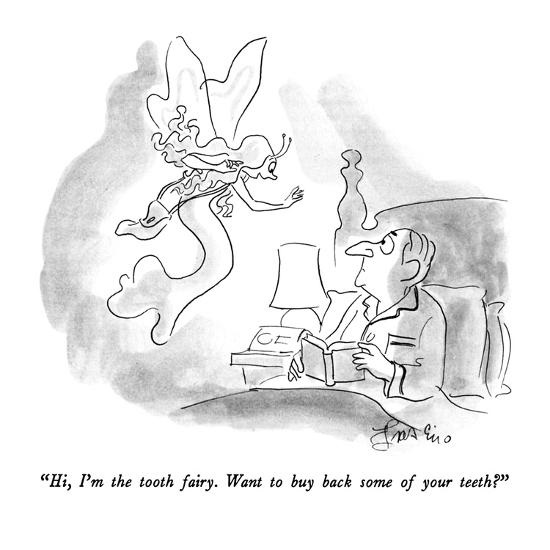 The 10-year Treasury Note yield hit its highest level in a year last week on worries of a pick-up in inflation, while the 30-year Treasury Bond yield ticked over 2.0%. Rising yields weighed on the high-valuation growth stocks, most specifically the big tech names, in addition to dragging down interest rate sensitive sectors, like utilities and real estate investment trusts (REITs).

Stocks were flat as the week came to a close, as traders wrestled with the crosscurrents of positive economic data and a further rise in yields.

After a long period of low inflation, concerns are growing that higher consumer prices may return as a result of an accommodative Federal Reserve monetary policy and fiscal spending in response to the pandemic. Tensions heightened last week with the release of January’s PPI report, which saw a jump of 1.7%, the biggest monthly increase since 2009.

While the Fed believes that any price increases will be fleeting, the market appears to view inflation a bit differently. The prospect of further stimulus and more re-openings are adding to investors’ unease, which may revive an old Wall Street practice—inflation watching.

Each fall the Treasury Department announces inflation adjustments to tax-advantaged retirement accounts and income limits for the following tax year. They recently announced contribution limits and changes for the 2021 tax year.

There are also changes to income limits for 2021 to be aware of:

Traditional IRA - The income range limits for deducting contributions to a traditional IRA will increase by $1,000. The AGI phase-out range will be $66,000 and $76,000 for singles and heads of household covered by a workplace retirement plan. The range for married couples filing jointly, where the spouse who makes the IRA contribution is covered by a workplace retirement plan, will be $105,000 to $125,000.

If you have questions on the 2021 contribution limits, let’s set aside some time to discuss to see how these changes may affect your financial goals.