New messaging from the Federal Reserve on interest rates and inflation last week led to a broad retreat in stock prices.

The Summer Solstice is the day with the longest period of sunlight. Notice how the sun appears highest in the sky at the solstice; its rays strike Earth at a more direct angle, causing the efficient warming we call summer. Because the sun is highest in the sky on this day, you’ll notice that your shadow (at local, or solar, noon, not clock-time noon) is the shortest that it will be all year. [Local noon is when the sun crosses the local meridian (an imaginary line between the North and South poles) and is highest in the sky for the day.]

The timing of the June solstice is not based on a specific calendar date or time; it all depends on when the sun reaches its northernmost point from the celestial equator. Therefore, the solstice won’t always occur on the same day. Currently, it shifts between June 20, 21, and 22.

For those who live in the Southern Hemisphere, this is the shortest day of the year and marks the arrival of winter. 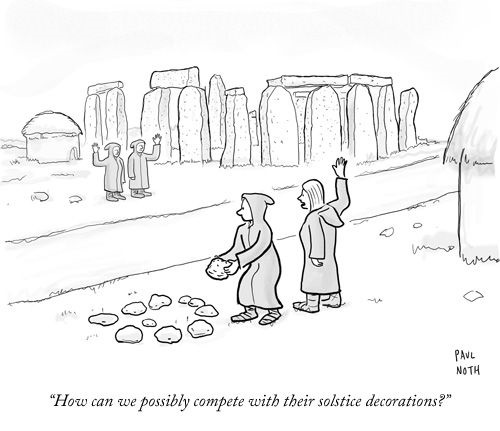 The Federal Reserve’s announcement on Wednesday that interest rate hikes may likely occur sooner than expected and that it had underestimated the pace of inflation unsettled investors. The hardest hit groups were cyclical stocks, like energy, materials, and industrials, as well as financials and consumer staples.

Losses accelerated into the week’s close on comments by St. Louis Fed President James Bullard that the first rate hike could be as soon as 2022.

Last week’s FOMC meeting announcement took investors by surprise as the Fed indicated that two rate hikes in 2023 were likely. It was as recent as March that the Fed had signaled that rates would remain unchanged until 2024.

The Fed also raised its inflation expectations to 3.4%, up from its March projection of 2.4%, though it continues to believe that price increases will be transitory in nature.

The Fed provided no indication of when and by how much it might begin tapering its monthly bond purchase program.

Tax Tips for Children or Grandchildren with Part-Time Summer Jobs

As summer approaches, many of us have kids or grandkids who are coming home for the summer and working part-time. Whether they're bussing tables, counseling summer camp, or mowing lawns, these tips will help them (and you) understand the tax implications of summer jobs:

Withholding: If your child is working for an employer, they will generally withhold taxes from their paycheck. If they are self-employed, however, they may be responsible for paying these taxes directly to the IRS.

Self-Employment: Speaking of self-employment, it's a good idea to keep records of income and expenses related to self-employed work. Expenses associated with self-employment may be deductible.

New Employee Paperwork: Talk to your child or grandchild about the paperwork that they may need to fill out when starting a new job. This will likely include a W-4 form, which is a form that businesses use to calculate how much federal income should be withheld from their paycheck.

Tip Income: All tip income is taxable and if they make more than $20 in cash tips a month, they need to report it to their employer. In addition, they must report all yearly tips on their tax return.

Payroll Taxes: Even if your kids or grandkids earn too little to owe income tax, they may still have to either pay Social Security and Medicare taxes themselves or have them withheld from their paycheck.

Summer jobs are a great way to learn about responsibility and taxes, as well as earn a little extra income before returning to the school year.