Wimbledon, the oldest and most prestigious tennis championship in the world, begins this year on June 28 and ends on July 11. The London-based event takes place on grass - the only Grand Slam event to do so. Both the Australian Open and the US Open are hardcourt events; Roland Garros (the French Open) occurs on clay. The Wimbledon draw consists of 128 men and and 128 women in the singles events, as well as 64 men’s and women’s doubles teams each.

Wimbledon quirks: Strict fashion rules require all players to wear white - and players do not compete on the “middle Sunday” of the event. 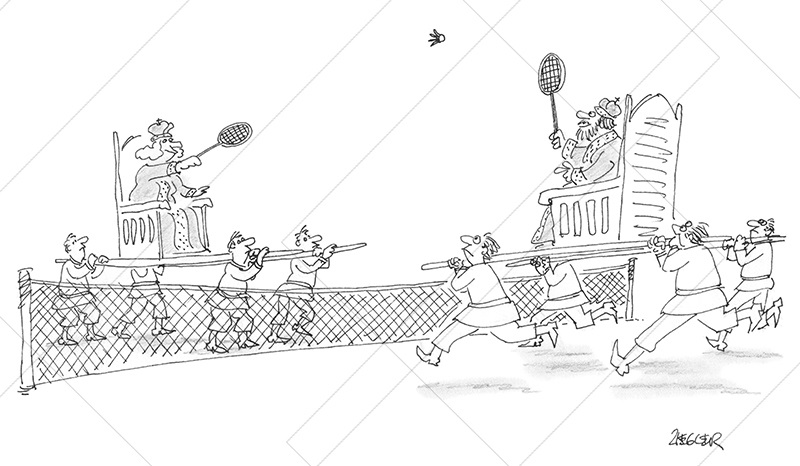 Stocks rallied on the first day of trading last week and gained further momentum on Thursday and Friday. Despite some discouraging data on housing and initial jobless claims, stocks managed to set new highs, as investors cheered an agreement between President Biden and a group of senators that appeared to pave the way for the passage of a $1 trillion infrastructure bill.

Positive results from the Federal Reserve’s stress tests of banks, which raised the prospect of banks raising their dividend payouts and share buybacks, and a key inflation measure coming in at market expectations provided impetus for further gains. The S&P 500 had its best week since February and ended the five-trading days at a record high.

Historically low mortgage rates, the COVID-19 pandemic, and a flush consumer have contributed to a very strong housing market in recent months. Last week’s housing data for May, however, showed that housing may be running into headwinds. The rising cost of materials and labor led to a 5.9% decline in new single home sales in May even as the median price hit an all-time high.

Meanwhile, sales of existing homes fell 0.9%, the fourth-straight month of declines, owing to a very low inventory. High demand, coupled with a depressed supply, led to a 23.6% increase in the median price of an existing home.

One way to retire early and with a lot of money is to avoid falling victim to big money mistakes. Here are a few to avoid.

Not having an emergency fund

An emergency fund is your first line of defense against unexpected financial problems. Washing machines break, cars need repairs, kids need braces, and so on. It’s a fact of life. If you don’t have an emergency fund, you will likely have to borrow money when an emergency pops up.

So how much should you save in your emergency fund? A good rule-of-thumb is to have six months of living expenses saved. In addition, be sure to keep your emergency fund in a safe place - you certainly want it to be there when you need it.

Neglecting to make a will

Having a will helps eliminate any family disagreements about your estate that may arise, and also determines the “who, what, and when” of your estate. Also, you decide who will take care of your minor children.

Not having enough insurance

Think of insurance as a large emergency fund that supplements your cash emergency fund. It covers the things you couldn’t save up to cover in advance, helping to replace/protect the largest assets you have - your career, your home, and your investments in the event that you experience a major accident, death, or injury.

The formula for financial prosperity is pretty simple:

• Spend less than you earn

• Do this for a long time

If you’re not saving, you’re not making progress financially. And the longer you wait to save, the harder it will be to catch up later. A good financial move is to save a portion of every paycheck you receive. Start out by saving at least 10% of your income, and from there the amount should increase over time.

Buying too much house

Ideally, you would not purchase a home that requires a mortgage which is more than twice your household’s annual realized income.

There are three factors that determine how well your investments (savings) perform:

• The amount that’s invested (how much is invested)

• The return rate on your investments

• The length of time they are invested

The factor that most influences the value of your investments is the time you have it invested.

Being deep in debt

AARP notes that, “Over a lifetime, the average American will now pay over $600,000 in interest.”

This is a pretty big example of the fact that debt is very costly — it can rob you of hundreds of thousands of dollars. The solution to this mistake is simple:

• If you’re in debt, start taking my steps for how to get out of debt.

If your outflow exceeds your income, then your upkeep will be your downfall. The first step to gaining wealth is spending less than you earn - this is vital to making any financial progress.