On July 7, 1930, construction of the Hoover Dam begins. Over the next five years, a total of 21,000 people would work ceaselessly to produce what would be the largest dam of its time, as well as one of the largest manmade structures in the world.

Although the dam would take only five years to build, its construction was nearly 30 years in the making. Arthur Powell Davis, an engineer from the Bureau of Reclamation, originally had his vision for the Hoover Dam back in 1902, and his engineering report on the topic became the guiding document when plans were finally made to begin the dam in 1922.

Herbert Hoover, the 31st president of the United States and a committed conservationist, played a crucial role in making Davis’ vision a reality. As secretary of commerce in 1921, Hoover devoted himself to the erection of a high dam in Boulder Canyon. The dam would provide essential flood control, which would prevent damage to downstream farming communities that suffered each year when snow from the Rocky Mountains melted and joined the Colorado River. Further, the dam would allow the expansion of irrigated farming in the desert, and would provide a dependable supply of water for Los Angeles and other southern California communities.

Even with Hoover’s exuberant backing and a regional consensus around the need to build the dam, Congressional approval and individual state cooperation were slow in coming. For many years, water rights had been a source of contention among the western states that had claims on the Colorado River. To address this issue, Hoover negotiated the Colorado River Compact, which broke the river basin into two regions with the water divided between them. Hoover then had to introduce and re-introduce the bill to build the dam several times over the next few years before the House and Senate finally approved the bill in 1928. 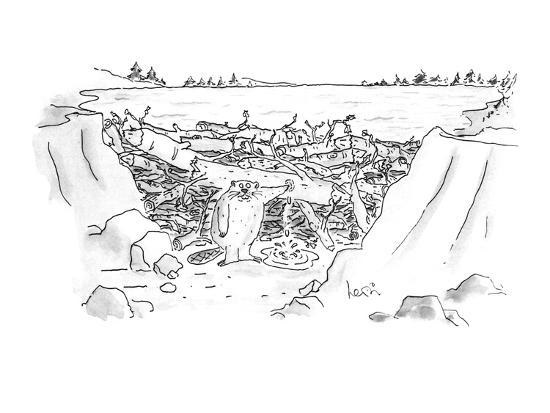 Rising conviction in the economic recovery and waning inflation worries drove stock prices higher, with the S&P 500 and Nasdaq Composite racing to record closes to begin the week.

Amid the week-long march higher, market leadership changed hands throughout the five trading days. The leadership baton alternated between the technology and high-growth companies, which responded to lower bond yields, and cyclical stocks, which rallied on higher oil prices and successful bank stress tests.

Economic news buoyed investor sentiment as consumer confidence rose as well as an improving labor market. Weekly initial jobless claims came in at a pandemic-era low (364,000), while employers added 850,000 new jobs in June which sent the S&P 500 and Nasdaq Composite to new record highs to close out the week.

Market sentiment was lifted by a rise in The Conference Board’s Consumer Confidence Index, which reached its highest level since the onset of the pandemic in March 2020. This was the fourth straight month of increases in consumer confidence levels.

The consumer outlook for income, business, and labor market conditions over the short-term improved markedly. Interestingly, consumer confidence and buying intentions appear largely unaffected by the possibility of rising inflation. In fact, the survey showed a rise in the number of consumers expecting to purchase homes, automobiles, or home appliances. Vacation intentions also rose.

Do you have a child or grandchild embarking upon their college years? Below are a few money-saving tips to help guide them through the next few years without expending too much of their savings.

The first thing any savvy student should do is create a budget consolidating all of their income and expenses into one easy-to-access location. If you take the time to create a budget and stick to it, you will be able to track your spending and gauge what you truly can and cannot afford while in school.

A quick trip to the campus bookstore could cost you thousands of dollars - literally. Of course, that doesn’t mean you can show up to class without your textbook in tow. As an alternative to your expensive campus bookstore, consider ordering used textbooks online at a fraction of the price. You can even rent textbooks for even less if you don’t think you’ll need (or want) them after the class is done. Just make sure you order the right edition!

You don’t have to spend money to have fun. If you can separate these two things in your mind, you’ll open up a whole new world of affordable activities. Look for free events, like a public concert or movie. Go hiking on a local public trail. Visit a park or join a pickup soccer league. The point is, there are plenty of ways to have fun for little to no money.

You’re a student now - take advantage of your situation and always be on the lookout for student discounts. Often, businesses that operate in college towns have student discounts that can halve the price of a movie ticket or make the entrance fee to a park significantly cheaper. If you’re not aware of them, start doing some research and asking around, and always keep your student ID handy.

If you feel the need to binge-watch The Office again or watch the latest episode of The Walking Dead on a regular basis, it’s understandable that you might have a streaming service or two as you try to survive college classes and dorm life. That said, there’s no need to pay for 10 streaming services at once. Narrow your options down to one or two services at a time based on what you want to watch, cancel the rest, then set up a rotation.

Use alternative forms of transportation

While having your own car may be a rite of passage when you turn 16, that doesn’t mean you need to bring your own set of wheels to campus. Instead, utilize apps like Uber and Lyft to get around for a fraction of the cost or walk if possible.

Get a side job

If you’re feeling a crunch for cash, you can solve the problem by picking up some freelance work or applying for a part-time job. While this won’t pay off your debts entirely, it can provide a trickle of cash that can at least help cover living costs until you graduate.

Finally, consider ways that you can reduce the cost of your college itself. Can you graduate early by taking extra classes? If you can cut your time on campus down by a semester or two, it can add up to significant savings.