Despite a good start to earnings season and some solid economic data, worries of slower second-half economic growth led to a pullback in stock prices last week.

On July 19, 1799, during Napoleon Bonaparte’s Egyptian campaign, a French soldier discovers a black basalt slab inscribed with ancient writing near the town of Rosetta, about 35 miles east of Alexandria. The irregularly shaped stone contained fragments of passages written in three different scripts: Greek, Egyptian hieroglyphics and Egyptian demotic. The ancient Greek on the Rosetta Stone told archaeologists that it was inscribed by priests honoring the king of Egypt, Ptolemy V, in the second century B.C. More startlingly, the Greek passage announced that the three scripts were all of identical meaning. The artifact thus held the key to solving the riddle of hieroglyphics, a written language that had been “dead” for nearly 2,000 years.

When Napoleon, an emperor known for his enlightened view of education, art and culture, invaded Egypt in 1798, he took along a group of scholars and told them to seize all important cultural artifacts for France. Pierre Bouchard, one of Napoleon’s soldiers, was aware of this order when he found the basalt stone, which was almost four feet long and two-and-a-half feet wide, at a fort near Rosetta. When the British defeated Napoleon in 1801, they took possession of the Rosetta Stone.

Several scholars, including Englishman Thomas Young made progress with the initial hieroglyphics analysis of the Rosetta Stone. French Egyptologist Jean-Francois Champollion (1790-1832), who had taught himself ancient languages, ultimately cracked the code and deciphered the hieroglyphics using his knowledge of Greek as a guide. Hieroglyphics used pictures to represent objects, sounds and groups of sounds. Once the Rosetta Stone inscriptions were translated, the language and culture of ancient Egypt was suddenly open to scientists as never before. 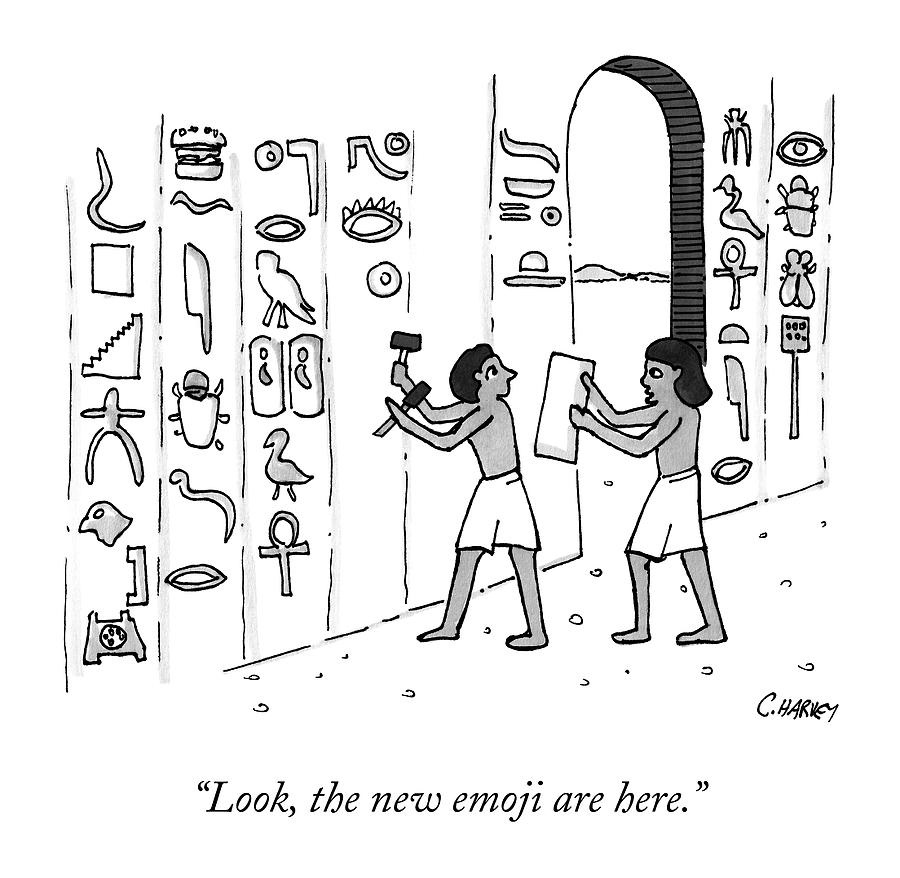 Stocks weakened amid an active week of news, including two important inflation reports, Congressional testimony from Fed Chair Jerome Powell, a string of economic reports, and the start of the second-quarter earnings season.

The earnings season began on a strong note as 95% of the first S&P 500 constituent companies to report checked in with “earnings above estimates” by an average of 22%. Despite these above-expectation earnings, stocks moved little on the results.

The Consumer Price Index (CPI) jumped 5.4% in June, representing the biggest monthly gain since August 2008. The core CPI, which excludes food and energy, increased 4.5%, which was the fastest pace since September 1991.

The CPI report was followed by the Producer Price Index, which surged 7.3% from a year earlier, outpacing May’s jump of 6.6%. Higher wholesale prices were primarily attributed to increased commodity prices and labor costs.

Fed Chair Powell, in Congressional testimony subsequent to these reports, reiterated his position that the accelerated inflation of recent months will be temporary.

It might be hard to imagine now, but chances are you’ll need some help taking care of yourself later in life. The big question is: How will you pay for it?

Buying long-term care insurance is one way to prepare. Long-term care refers to a host of services that aren’t covered by regular health insurance. This includes assistance with routine daily activities, like bathing, dressing or getting in and out of bed.

A long-term care insurance policy helps cover the costs of that care when you have a chronic medical condition, a disability or a disorder such as Alzheimer’s disease. Most policies will reimburse you for care given in a variety of places, such as:

Whether long-term care insurance is the right choice depends on your situation and preferences.

About half of 65-year-olds today will eventually develop a disability and require some long-term care services, according to a study revised in 2016 by the Urban Institute and the U.S. Department of Health & Human Services. Most will need services for less than two years, but about 14% will require care for more than five years.

Regular health insurance doesn’t cover long-term care. And Medicare won’t come to the rescue, either; it covers only short nursing home stays or limited amounts of home health care when you require skilled nursing or rehab. It does not pay for custodial care, which includes supervision and help with day-to-day tasks.

If you don’t have insurance to cover long-term care, you’ll have to pay for it yourself. You can get help through Medicaid, the federal and state health insurance program for those with low incomes, but only after you’ve exhausted most of your savings.

To give you more choices for care. The more money you can spend, the better the quality of care you can get. If you have to rely on Medicaid, your choices will be limited to the nursing homes that accept payments from the government program. Medicaid does not pay for assisted living in many states.