August 5th is National Oyster Day. Oysters are enjoyed as a seafood in many parts of the world.

These mollusks provide valuable nutrients whether eaten cooked or raw. Since oysters supply a high amount of vitamins B12 and A, they may benefit heart, skin, and brain health. These vitamins also support lung and kidney function. Additionally, oysters benefit the environment since their valves are capable of cleansing an ecosystem of pollutants.

Here are some other exciting oyster facts:

- The Chesapeake Bay produces more oysters in the world than any other body of water.

- The world loves oysters! We consume almost two billion pounds of oysters each year around the world.

- Illustrating how the body of water influences the flavor of the oysters, the east and west coast U.S. oysters taste very different from each other. On the east coast, oysters tend to be smaller, milder and saltier. However, west coast oysters take on a creamy texture and a sweet flavor. 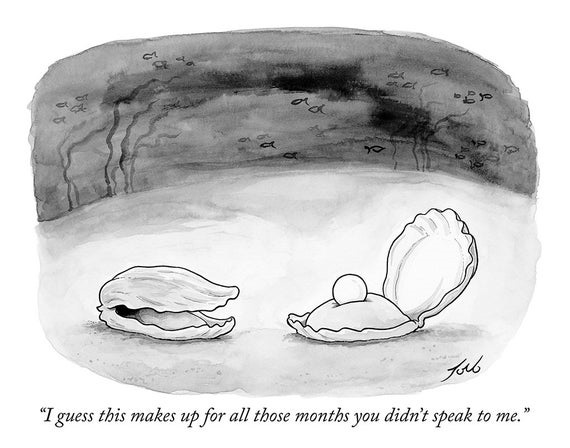 There were plenty of excuses for stocks to retreat last week. News of a new phase in Chinese regulators’ crackdown on large, private-sector companies, a decline in new home sales, and concerns about the Delta variant weighed on investors.

After opening the week adding to record highs, stocks turned lower despite an earnings season that continued to impress.

Solid earnings from the mega-cap technology companies were not enough to propel stocks higher. Instead, stocks slipped throughout the week, fighting uncertainty over Chinese stocks, a disappointing second-quarter Gross Domestic Product number, and a retreat in technology shares they reset to fresh company guidance.

Chinese government actions raised new levels of concerns about which industries may next fall in the crosshairs of regulators. American investors have plenty of exposure to Chinese companies. Substantial losses were felt by mutual funds and hedge funds, which account for about 86% of the holdings in the over 200 U.S.-listed Chinese companies whose aggregate market capitalization exceeds $2 trillion.

Costs to Include in Your Retirement Budget

Don’t forget to save up for these common retirement expenses.

You won’t have to pay commuting costs or buy expensive clothes for work in retirement. But you might face new costs as you use more health care services or take up new hobbies to fill your days. Remember to factor the following expenses into your retirement budget.

Housing is likely to be your biggest cost in retirement, but there are also a variety of ways to significantly reduce your monthly housing bills. Paying off your mortgage can eliminate a major monthly expense, leaving only the cost of taxes, insurance and maintenance. Another option is to downsize to a home that costs significantly less and free up home equity to pad your nest egg. A smaller home in a less expensive neighborhood could also reduce your heating, cooling, maintenance and tax bills.

Most people don’t pay a premium for Medicare Part A hospital insurance, but Medicare Part B medical insurance charged a standard premium of $144.60 in 2020. Medicare Part D prescription drug plans charge a separate premium that varies depending on the plan you select each year. And there might be a third premium if you select a Medigap plan that will pay for some of Medicare’s out-of-pocket costs.

Medicare Part B had a $198 deductible in 2020. After that, you are expected to pay for 20% of the Medicare-approved amount for most of the medical services you use unless you purchase another insurance plan to supplement traditional Medicare. Some preventive care services are covered by Medicare with no out-of-pocket costs, but there are also several types of commonly needed medical services that typically aren’t covered at all, such as eyeglasses and hearing aids.

After years of deferring taxes on your retirement savings, you will need to pay income tax on each withdrawal from your traditional 401(k)s and IRAs. Part of your Social Security benefit could also be taxable if your retirement income tops a specific threshold. However, there are several ways to strategically withdraw money from your retirement accounts and reduce your retirement tax bill.

You can save money on food in retirement if you are willing to give up expensive convenience foods and take the time to cook healthy meals at home. However, the additional free time you have in retirement might tempt you to spend more on lingering lunches with friends. You may be able to qualify for senior discounts at some restaurants or even at the grocery store.

The need for an emergency fund doesn’t end when you retire. You will continue to need to make home repairs, replace worn-out appliances and fix your car. An emergency fund is essential to avoid spending your retirement savings too quickly. You don’t want to disrupt your retirement draw-down strategy every time something breaks.

Your newfound free time in retirement provides opportunities to try new things, but those new experiences can get expensive. Fortunately, deals for seniors abound, such as discount admission to museums and movies, and some colleges offer low-cost classes for retirees. Many communities provide plenty of free or affordable entertainment to people of all ages, ranging from summer concerts to library seminars.

Retirees finally have time to travel as much as they want. The only limiting factor is your budget. Senior citizens and AARP members often enjoy discounts on hotels and rental cars. There are also creative ways to travel affordably if you’re willing to stay with friends or swap homes with someone else. Retirees have the advantage of being able to travel during weekdays and off-peak times, which could save you money and help you avoid crowds.

Nothing can throw off a retirement budget quite like the arrival of a grandchild. Grandchildren can change your financial priorities. Some grandparents like to lavish gifts on their grandchildren, travel to see them frequently, help provide child care or set up a trust to help provide for their future. Each of these scenarios can significantly change your retirement budget.

Some retirees would like to leave financial gifts to their children, grandchildren or other heirs or pass on treasured items such as jewelry, furniture or other heirlooms. You might want to write a memoir or curate family photos. Make sure your wishes are clearly spelled out in writing so that your plans can be realized.