Overcoming jitters about the Delta variant and the reintroduction of mask requirements, stocks climbed higher on strong employment data and a fresh batch of strong corporate earnings.

The Dow Jones Industrial Average rose 0.78% while the S&P 500 advanced 0.94%. The Nasdaq Composite index gained 1.11% for the week. The MSCI EAFE index, which tracks developed overseas stock markets, picked up 1.61%.

Regarded as the greatest golfer of the 20th century, Nicklaus was born in Columbus, Ohio, in 1940. He began playing golf at the age of 10 and at the age of 16 won his first significant tournament, the Ohio Open. In 1959, he won the U.S. Amateur championship, which at the time was still considered one of golf’s major tournaments. Two years later, he repeated the feat and announced he was turning professional. His first major professional title was the 1962 U.S. Open at the Oakmont Country Club in Pittsburgh, Pennsylvania. He was derided by spectators for beating fan-favorite Arnold Palmer, and a rivalry was born between the two American golfers that lasted through the 1960s. 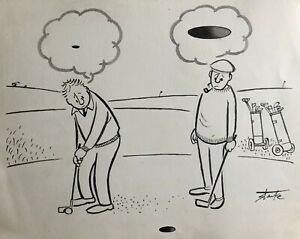 The crosscurrents of strong corporate profits and the rise in Delta variant infections led to a roller coaster week of price action, as markets alternated between daily gains and losses. By Thursday, however, investors appeared to grow more optimistic that the economic reopening was not under serious threat when back-to-back employment reports suggested that the economic recovery remained on track.

A favorable initial jobless claims report was enough to send the S&P 500 and Nasdaq to new all-time highs. Thanks to Friday’s stronger-than-expected employment report, the S&P 500 managed to add to its previous record close, while the Dow Jones Industrial Average set its own record high. The more tech-centric Nasdaq, however, slipped off its highs.

Thursday’s report of a modest drop in initial jobless claims to 385,000 and a more substantial drop of 366,000 in continuing claims was followed by a solid employment report on Friday, which showed employers had added 943,000 new jobs in July - the biggest jump since August 2020. This hiring increase shaved the unemployment rate to 5.4%, down from June’s 5.9% rate.

Some credit cards simply charge you interest for using their product. Others offer incentives in the form of credit card rewards.

Credit card rewards come in different forms, but they all provide a benefit for using your card more. The value of the rewards you earn and the types of purchases that earn rewards can vary by credit card.

Rewards generally fall into one of three categories: cash, points, or miles. The cash rewards can help reduce your credit card balance. Travel rewards can help you earn free trips for yourself and your loved ones. You can use rewards to purchase holiday and birthday gifts. You also can invest the rewards you earn.

Cash rewards are the most straightforward and easiest to use, but they don't always result in cold, hard dollars in your hand. Some programs allow you to redeem your cash rewards only as a credit to your account.

Rewards paid as a statement credit reduce your balance, but the redemption doesn't count as a payment to your account.

Points rewards are based on how much you spend. For example, you might earn one point for every dollar you make in purchases. Depending on the card issuer, you may be able to redeem your rewards for gift cards, cash, or even travel. Redeeming your points for gift cards may give you more bang for your buck since many merchant partners give you 10% to 20% off the gift card price. Examples of points rewards cards include auto rewards cards and hotel rewards cards.

Rewards programs generally are structured in one of two ways. You might earn a flat rate of rewards on all your purchases. For instance, a credit card may pay a 2% cash back rewards or two points for every dollar you spend. You also may earn rewards in different amounts based on different categories of spending. Some travel credit cards, for example, pay higher rewards on travel purchases and a smaller reward on all other spending.

What to Look Out For

There may be stipulations for earning rewards buried in the fine print of your credit card terms. For example, a program may advertise 5% cash rewards, but there may be a limit on the rewards you can earn at a higher rate. Restrictions, caps, or minimum redemption amounts can make it difficult to redeem your rewards.

Credit card issuers might change their rewards programs without warning, so make sure you read everything that comes with your billing statement.

Choosing the right rewards credit card can allow you to earn major perks on your credit card spending. But keep an eye on your purchases. If you’re always chasing rewards and bonuses, you could rack up a credit card balance that you can’t afford to repay.