Each year on August 16, people flock to amusement parks for a thrill, a few exciting screams, and to celebrate National Roller Coaster Day.

The day commemorates the first vertical loop roller coaster which was patented by Edwin Prescott on this day in 1898. While roller coasters are similar to railroad systems in design, the inclines and vertical loops incorporated in the structures aren’t for transportation. These elements boost the thrills rollercoaster enthusiasts seek!

The oldest roller coasters are believed to have originated from the so-called “Russian Mountains.” Built-in the 17th century, these specially constructed hills of ice located near Saint Petersburg, Russia rose between 70 and 80 feet in height. Passengers faced 50-degree drops. Wooden supports supplied reinforcement.

Roller coaster designs existed since at least 1872 when J.G. Taylor received one of the earliest patents. He called his creation an inclined railway. Another patent granted for an inclined-plane railway was granted to Richard Knudsen in 1878.

For years, history has believed the first roller coaster in America opened at Coney Island on June 26, 1884. However, tracing J.G. Taylor’s patent and newspaper articles tells us a different story. According to the Providence Evening Press dated June 1872, Taylor’s elevated railway at Rocky Point, Rhode Island extended 400 feet and gave nine passengers a ride. It all started with a shove, allowing gravity to do the rest.

While Prescott’s patent detailed ways to improve upon structures such as J.G. Taylor’s and that built at Coney Island, it was Prescott’s designs that led to the roller coasters we know today. His design gave riders a reason to scream and keep coming back for the rush of excitement. 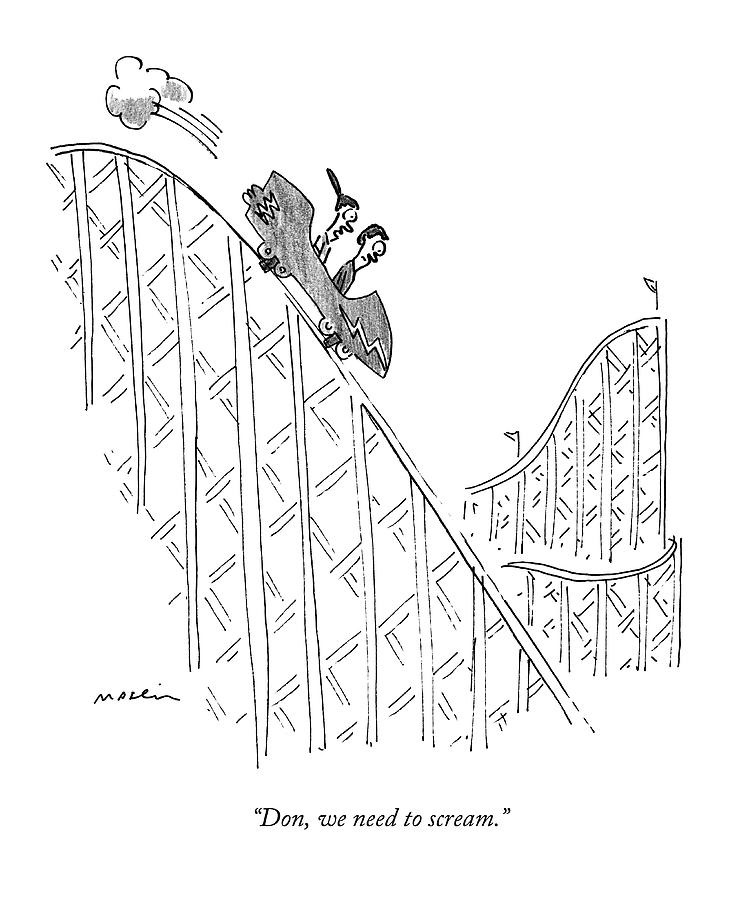 Two themes emerged last week. The first was that inflation assumed a less threatening profile. The most recent Consumer Price Index report showed some moderation in consumer price increases, while investors appeared to interpret a hotter-than-expected Producer Price Index report as the peak in this inflation cycle.

Also worth noting were comments by multiple Federal Reserve Bank regional presidents suggesting that the time for tapering (i.e., ending the Fed’s bond purchases) was nearing, with one intimating that tapering could start as early as October.

Consumer prices climbed at their fastest rate since August 2008, rising 5.4% year-over-year. But this elevated rate was expected by most economists. The core inflation rate (excludes the more volatile food and energy prices) came in 4.3% higher, substantially lower than anticipated. This deceleration in core inflation was largely attributed to a slowdown in price increases in used cars and apparel.

More unsettling was the following day’s Producer Price Index (PPI). The PPI, which can be an indicator of future consumer prices, came in at the highest rate since tracking began, surging 7.8%.

How to Spot and Avoid Scams

Criminals are always looking for new ways to obtain your personal and financial information by:

Pretending to be your bank

Don’t transfer money or provide personal information to someone you don’t know via a call, text, email or pop-up.

Posing as a legitimate company

Scammers often pose as a legitimate business. Be sure to call your bank to verify any email or other request for money using a number from a trusted source.

The most common types of scams will target you through fake emails, text messages, voice calls, letters or even someone who shows up at your front door unexpectedly. No matter which technique the scammer uses, you may be:

- Instructed to not trust your bank, or to respond to questions in untruthful ways
- Pressured to send money
- Threatened with law enforcement action
- Told to purchase gift cards and provide codes as a form of payment
- Asked to cash a check for a stranger or send money via wire transfer or other payment method
- Asked to deposit a check that overpays for something you’re selling, then send the difference elsewhere

**If you authorize a transfer or send money to a scammer, there’s often little that can be done to get your money back.

Know the best ways to avoid being scammed

Don’t respond: If you’re not 100% certain of the source of the call, email or text, then hang up the phone, don’t click on the link in the email and don’t reply to the text message.

Don’t trust caller ID or answer phone calls from unknown numbers: If you recognize the caller ID but the call seems suspicious, hang up the phone. Phone numbers can be easily spoofed to appear to be from a legitimate caller.

Don’t give out your information: Never provide any personally identifiable information unless you’re absolutely certain the person and reason are legitimate. Remember: your bank will likely never ask you to send them personal information such as an account number, Social Security number or Tax ID over text, email or online.

Research and validate: If the individual or organization seems suspicious, make sure the request being made is legitimate by calling the organization through an official number from their website or consulting with a trusted family member or friend.