The Dow Jones Industrial Average slipped 0.24% during the five trading days. But the S&P 500 tacked on 0.58% and the Nasdaq Composite index rose 1.55%. The MSCI EAFE index, which tracks developed overseas stock markets, gained 1.51%.

On September 12, 1951, former middleweight champion Sugar Ray Robinson defeats Randy Turpin to win back the belt in front of 61,370 spectators at the Polo Grounds in New York City. Robinson, a New York City native, had lost the belt to Turpin two months prior in Turpin’s native London.

By 1951, Sugar Ray Robinson was considered the best pound-for-pound fighter in boxing history. That summer, Robinson traveled to Great Britain for a vacation and publicity tour before his scheduled July 10 bout with Turpin, in which Sugar Ray was heavily favored. To the surprise of his fans around the world, however, the surprisingly strong Turpin battered Robinson and won the match in a 15-round decision. Afterward, Robinson requested and was granted a rematch.

Two months later on September 12, the Polo Grounds set a middleweight fight attendance record for the rematch. The crowd was filled with well-known personalities, from U.S. Army General Douglas MacArthur, to stars of film and stage. Robinson, intent on avenging his loss, trained intensely for the rematch, refusing to once again take his opponent too lightly. From the first ring of the bell, the 31-year-old Robinson dictated the pace of the fight to his 23-year-old opponent, and won each of the first seven rounds decisively. In the eighth round, however, Robinson appeared to tire, and Turpin fought with a new intensity. Two minutes and 52 seconds into the 10th round, referee Rudy Goldstein stopped the fight, and Robinson was showered with adulation from the adoring hometown crowd. 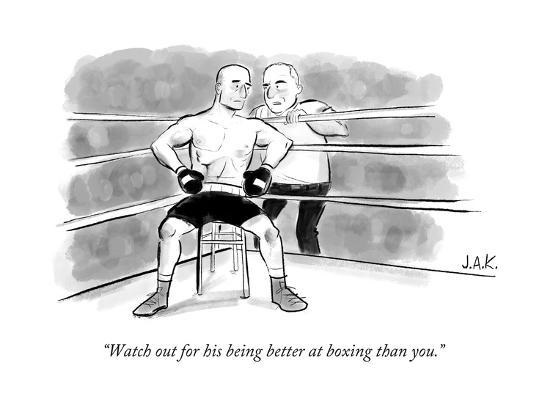 Investors gravitated toward the high growth technology and communication services sectors, as well as the more defensive sectors, such as utilities and real estate. Reopening stocks were weighed down by Delta variant fears and a retreating consumer, while energy struggled to bounce in the wake of Hurricane Ida shutting down energy production and refining capacity.

Stocks appeared to shrug off a shaky employment report on Friday, despite the questions it raised about economic growth in the months ahead.

After initial jobless claims reached a new pandemic low on Thursday, the August employment report on Friday came in below expectations as payrolls expanded by 235,000. Adding to the subdued report was a 4% decline in the number of hours worked by employees. On the positive side, the Friday report showed the unemployment rate fell to 5.2%, while wage growth rose 0.6% from July and increased 4.3% from August 2020.

The weak employment report may reflect a pause in hiring due to the Delta variant. It could additionally muddy the outlook for the Federal Reserve, which has indicated it may begin tapering before year-end. The uncertain jobs picture may force the Fed to push its tapering start date into 2022.

There are no two ways around it: childcare is expensive. In many cities, it can cost nearly as much as the mortgage or rent payment, which puts parents in a Catch-22: they have to work to afford childcare, but they need childcare in order to work. Factor in the costs for healthcare coverage, and there’s a ton of financial pressure on parents.

The Biden Administration recently took steps to help. As of July 15, 2021, qualifying households will receive monthly tax credit payments of $250 to $300 per child, with no additional action on their part.

Let’s focus on the big takeaways:

Which families and children qualify? For 2021, the child tax credit is $3,600 per child under the age of six, or $3,000 per child aged 6 to 17. Eligible households have children who are legal dependents and US citizens, US nationals, or US resident aliens.

How long do payments last?

The IRS began immediate payments starting July 15, 2021, and they will continue through the next 12 months. Households that filed their taxes online will receive the payment as a direct deposit from the IRS. Payments will revert to the 2020 amounts and rules in 2022, unless the proposed American Families Plan becomes law. In that case, payments would extend to 2025 for qualifying households.

You‘re eligible. To claim the Child Tax Credit, households need to meet two sets of qualifications. First, the person receiving the credit must be a qualifying taxpayer, which means you live and pay taxes in the United States and earn less than certain income limits. The benefit begins to phase out for households earning more than $150,000 jointly ($95,000 single). Second, dependents must be younger than 18 years old.

You may receive the Child Tax Credit even if you make up to $400,000 joint ($200,000 single). If you receive the $300 each month but your income disqualifies you from the payment, you have two options: do nothing or opt-out.

If you do nothing, you may have to pay back the credit you received. Consult with your tax professional for specific guidance.

If you opt-out of the payments because you expect to earn more than the income limit, you may still have to repay any money you received so far as part of your annual tax filing. It may make sense to opt out for other reasons, so be sure you fully understand your tax load. You can opt-out of the monthly payments on the IRS website.