Stocks weakened ahead of this week’s Federal Reserve meeting and amid persistent concerns about the Delta variant’s impact on the economy.

Portuguese navigator Ferdinand Magellan sets sail from Spain on September 20, 1519, in an effort to find a western sea route to the rich Spice Islands of Indonesia. In command of five ships and 270 men, Magellan sailed to West Africa and then to Brazil, where he searched the South American coast for a strait that would take him to the Pacific. He searched the Río de la Plata, a large estuary south of Brazil, for a way through; failing, he continued south along the coast of Patagonia. At the end of March 1520, the expedition set up winter quarters at Port St. Julian.

On October 21, 1520, he finally discovered the strait he had been seeking. The Strait of Magellan, as it became known, is located near the tip of South America, separating Tierra del Fuego and the continental mainland. Only three ships entered the passage; one had been wrecked and another deserted. It took 38 days to navigate the treacherous strait, and when ocean was sighted at the other end Magellan wept with joy. He was the first European explorer to reach the Pacific Ocean from the Atlantic. His fleet accomplished the westward crossing of the ocean in 99 days, crossing waters so strangely calm that the ocean was named “Pacific,” from the Latin word pacificus, meaning “tranquil.” By the end, the men were out of food and chewed the leather parts of their gear to keep themselves alive. On March 6, 1521, the expedition landed at the island of Guam. 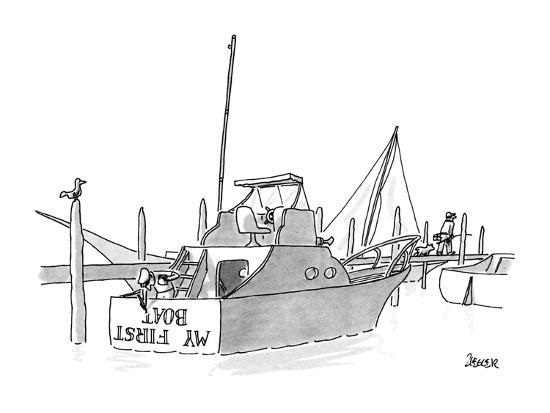 Despite a string of economic reports painting a healthy picture of the U.S. economy, investor sentiment remained cautious. While tamer inflation and higher-than-expected retail sales may typically be constructive for the market, any investor enthusiasm it generated was fleeting.

The market appeared all week to be encumbered by a tentative, apprehensive mood. The Delta variant remained an overhang, but it was more than that. Investors appeared concerned about September, which historically has been a weak month for stock prices. The market also was concerned about fiscal and tax policy proposals emanating from Washington D.C., news of an economic slowdown in China, and by what the Fed may announce following its September 21-22 Federal Open Market Committee meeting.

A series of economic reports released last week provided investors with a broad snapshot of the state of the economic recovery.

Inflation showed signs of moderating, rising 0.3% - an elevated rate, but well below June and July’s increases of 0.9% and 0.5%, respectively. The consumer remained strong as retail sales rose 0.7%, an unexpected jump. Manufacturing reached pre-pandemic, while the labor market continued its recovery, with initial jobless claims coming in near pandemic lows and continuing claims hitting a new pandemic low.

The news keeps getting better for Social Security recipients.

It's now projected that benefits will increase 6.1% in 2022, up from the 4.7% forecast just two months ago. That would be the most significant increase since 1983.

It’s all about inflation. Social Security cost of living adjustments (COLA) are based on the consumer price index, which rose 5.4% in June - its largest 12-month increase since 2008. The official announcement is expected in October and, once it’s confirmed, the revised payment will go into effect in January 2022.

More than 65 million Americans receive Social Security, and the annual cost of living adjustments are designed to help recipients manage higher costs. At the start of 2021, recipients saw a 1.3% increase.

Social Security can be confusing. One survey found only 6% of Americans know all the factors that determine the maximum benefits someone can receive. If you have any questions, please reach out. We have a number of resources at our fingertips that you may find helpful.