Higher bond yields and a legislative stalemate in Washington, D.C., added up to losses for the week.

The second Saturday in October recognizes National Chess Day. The game challenges players mentally while also breaking down barriers through the centuries.

Chess developed in India around the 6th century. As the strategic game spread across continents, the pieces and rules evolved. It also shifted between classes. Once, only the upper class could afford to linger over a long, challenging game. However, the merchant class would later introduce the game to the rest of the population as they traveled around the world trading their wares.

The day celebrates the long history of chess and recognizes the role chess plays in connecting people across societies. The game has broken many barriers – class, language, and cultural – simply by two people sitting down to play one of the most mentally challenging games in the world.

- It’s a mental game. However, the game can end as quickly as two moves.
- The longest possible chess game in terms of the number of moves is 5,949.
- Checkmate derives from the Persian phrase Shah Mat. The phrase means “the King is dead.”
- In 1989, a chess match between Ivan Nikolic and Goran Arsovic in Belgrade ended in a draw. It was recorded as the longest official check game and lasted 269 moves.
- The playing board used today with the alternating light and dark squares first appeared in Europe in 1090.

"For both professionals and amateurs, chess is a game that sharpens the mind, tests human faculties and encourages healthy competition. It has captivated the attention of players and spectators world-wide and will continue to do so as long as competition and excellence challenge mankind." ~ President Gerald Ford ~ October 1976

Our founding fathers played chess, including George Washington, Ben Franklin, and Thomas Jefferson. Franklin was exceptionally skilled and wrote one of the earliest books on chess. 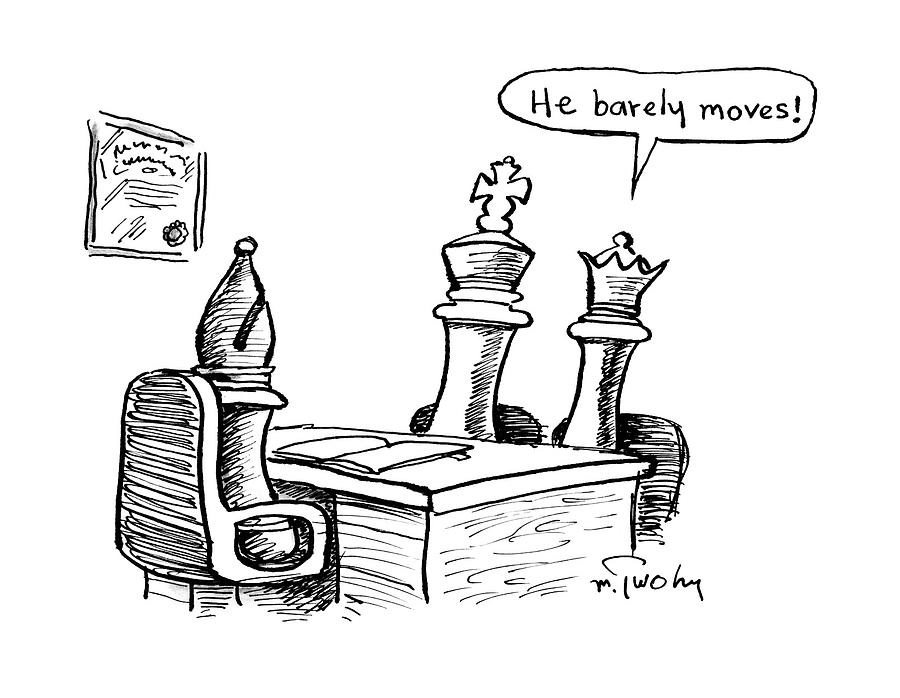 The reality of a more hawkish Fed finally hit the bond market, sparking a sell-off in bonds that sent yields higher. Higher yields hurt technology and other high-growth companies, and that weakness spread to the broader market. (Higher yields can reduce the value of a company's future cash flow, which may reset valuations.)

Congress added to the market uncertainty. It was unable to advance an infrastructure bill, and it made little progress on the debt-ceiling agreement. After a sell-off to close out September, stocks surged on Friday on news of a potential Covid-19 oral therapeutic, an easing of yields, and reports that President Biden was traveling to Capitol Hill to help break the logjam on legislation.

Powell in the News

Fed Chair Jerome Powell was at the center of two news developments last week. The first was the announcement by a prominent senator opposing Powell’s re-nomination, heightening market uncertainty over the leadership transition when his term expires in February 2022.

Powell later made comments at a European Central Bank event, admitting that the current bout of inflation may last longer than he and many other central bankers have previously expected. But he remained steadfast that inflation would be transitory, attributing much of today's price pressures to temporary supply bottlenecks. Powell also said that he saw little evidence of building inflationary expectations from consumers or businesses.

Wouldn’t it be nice if the stock market didn’t have such violent swings in either direction? Especially the dramatic downward plunges - we’d ALL like to avoid those. But the reality is, the markets include a certain amount of volatility, and keeping those market swings in perspective is important.

Here are five facts to remember when the market gets bumpy:

Be Wary of Headlines Quoted in Points

It’s common for the financial media to quote changes to market indices – specifically the Dow Jones Industrial Average – in terms of points. Why? Because a large point change sounds scary. Pay close attention to what that point change REALLY means. In reality, a 340-point change in the Dow only equals about +/- 1% change based on current levels of around 34,000 (as of September 2021). When the Dow was at 10,000, a 1% move is only 100 points. It’s all relative, and important to view numbers in context.

Look at the Bond Market

It’s difficult to determine if a market downturn is the start of the next recession or simply a bad day. Turns out the bond market can offer some peace of mind when volatility flares up.

Here’s why it matters:

Treasury spreads have correctly anticipated the last six recessions, dating back to 1976. Critically, if Treasury spreads drop below zero, that’s not a great sign. It doesn’t happen often, but there’s genuine cause for concern when they do. So, the next time the stock market is having a down day, listen to the bond market.

A volatile year doesn’t mean that it will be a negative year! For example, let’s compare two years that featured a similar return: 18.4% in 2017 vs. 16.9% in 2020. Despite similar returns, the S&P 500's volatility was much higher in 2020 than in 2017. If you stayed put throughout the year, you made similar double-digit returns in both years.

Patience is a Virtue

It can be hard to stick to your plan through periods of volatility. When volatility picks up, just remember that investors who hold the line tend to realize more of the market’s returns than those who try to time their entry and exits. In other words, longer hold periods can make those stormy days seem much less significant.

The Glass is Half-Full

Those names you hear quoted in the media – the Dow, the S&P 500, and the Nasdaq, and so on – they represent a basket of America’s largest and most profitable businesses. These businesses produce the goods and services that make our modern world run. Sure, recessions happen and make the business climate challenging, but those are relatively rare.

In fact, since 1945, recessions have lasted less than a year, on average, whereas the good times where businesses grow historically last more than five years.

In the long run, stocks go up more often than they go down!