On November 18th, Mickey Mouse Birthday commemorates the debut of a lovable mouse that was once a rabbit called Oswald. His character got his start on film on November 18, 1928, but before that, the story begins in 1927, when Walt Disney first sketched a floppy-eared bunny while under contract to Universal Studios. The events that unraveled brought us Mickey Mouse.

While his creator and studio have applied several different birth dates to the lovable mouse over the years, November 18, 1928, was finalized as Mickey’s birth date with stardom. From a rabbit named Oswald to a mouse named Mortimer, eventually, the squeaky-voiced rodent was dubbed Mickey. He flopped in two animated short films without any success. Then on November 18, 1928, Mickey’s star was born. The first animation synchronized to music and sound effects, Steamboat Willie premiered in New York.

Within a year, a Mickey Mouse Club popped up in Salem, Oregon. This particular club offered admission as a fundraiser for the Salvation Army. Patrons donated either a potato or a small toy and a penny as admission. According to a December 22, 1929, Statesman Journal (Salem, Oregon) article, $12 and three truckloads of potatoes and toys were collected by eager new members.

Remember, the stock market crashed just 20 days before Mickey Mouse was born. That a cute little mouse could bring smiles to the faces of children at an uncertain time isn’t such a surprise.

A makeover in 1935 by animator Fred Moore gave Mickey the look we are familiar with today. The big eyes, white gloves, and the pert little nose. More lovable than ever before, he propelled himself even further into the hearts of children everywhere. His companions Minnie, Donald, Goofy, and Pluto joined him along the way, bringing vaudevillian comedy with them. 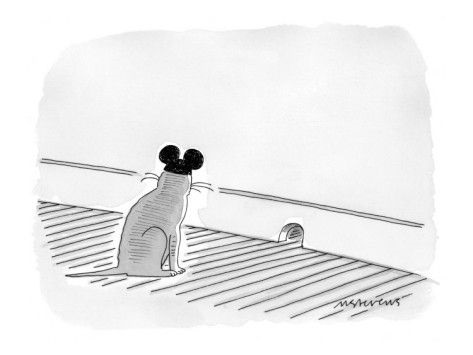 Higher than expected inflation elevated investor worries that the Fed may be forced to accelerate its bond tapering schedule and hike interest rates sooner than planned. Stocks found firmer footing following the inflation-related sell-off, closing the week on a strong note, though it wasn’t sufficient to keep stocks from ending the week in the red.

Rising prices appear to be showing no signs of moderating. The first reading on inflation was Tuesday’s release of the Producer Price Index, which saw wholesale prices rise 0.6% in October and register an 8.6% increase from 12 months ago.

A day later the Consumer Price Index came in above consensus estimates, with prices climbing 0.9% from September 2021 and increasing 6.2% year over year. The 12-month increase was the sharpest such rise since 1990. The 12-month core inflation rate (excludes the more volatile food and energy sectors) was 4.6%, the fastest pace since 1991.

Many of us are eager to resume travel again as restrictions are slowly being lifted. If you’re planning a vacation in the coming months, it’s important to remember that with a little preparation, you can enjoy some serious savings on travel. Here are some useful tips to save big when it’s safe to take your next vacation:

Booking travel mid-week can yield savings of over 35% on airfare and hotels (these tend to be more expensive on weekends). As an added bonus, there are likely to be fewer crowds.

It may feel like you need to make up for lost time, but you can minimize both trip planning stress and expenses when you focus on just one or two destinations. This will minimize costly itinerary snafus and give you more time to compare deals. By keeping travel straightforward and simple, you can focus on what matters most (R&R) while maximizing savings.

Focus on Domestic Travel or Consider a Road Trip

The pandemic has made international travel a bit more complicated, including testing requirements, more limited flight schedules, and fewer open amenities in some countries. These factors can all add extra expense and effort to travel overseas, which makes the beautiful USA one of the most affordable - and accessible - travel destinations. In addition, you might consider a road trip to your favorite destination to cut down on airfare and avoid a busy airport.

Don’t forget that local travel restrictions and requirements could change at any time - though many airlines and hotels are still offering free change or cancellation policies. This is helpful for keeping your plans flexible, and since prices can change last-minute due to variable demand and availability, you can often find even cheaper options a day or two before you travel. This perk won’t last forever, so maximize your savings by keeping an eye on price fluctuations, taking advantage of flexibility and making changes when you can.