The movie 'A Christmas Story' is arguably one of America’s favorite holiday films. Over the years, this modest little movie has grown into a Yuletide perennial. In the late 1960s, “A Christmas Story” director Bob Clark was driving to a date’s house when he happened upon a broadcast of radio personality and writer Jean Shepherd’s recollections of growing up in Indiana in the late ’30s and early ’40s. Clark wound up driving around the block for almost an hour, glued to the radio until the program was over. “My date was not happy,” Clark said, but he knew right away he wanted to make a movie out of the stories.

The movie was actually filmed in Cleveland, Ohio and Toronto, Ontario. The house from the movie is located just outside of downtown Cleveland and the Higbee building still stands in downtown Cleveland. The Christmas tree shopping scene and many of the inside shots of the house, were filmed in Toronto, Ontario . One of Toronto’s trademark red trolleys can be seen driving by the shot of the outside of the tree lot. Ralphie’s school exteriors were filmed at Victoria School in St. Catharines, Ontario, Canada.

Director Bob Clark has a brief cameo appearance as Swede, the Parker family’s dim-witted neighbor who stops to marvel at the leg lamp from across the street.

Author Jean Shepherd’s concept for the “major award” leg lamp was based on a real lamp: an illuminated Nehi logo. The style of the leg lamp for A Christmas Story was created by production designer Reuben Freed who had never before seen or heard of a leg lamp. Three leg lamps were made for the movie and all were broken on set during the filming. 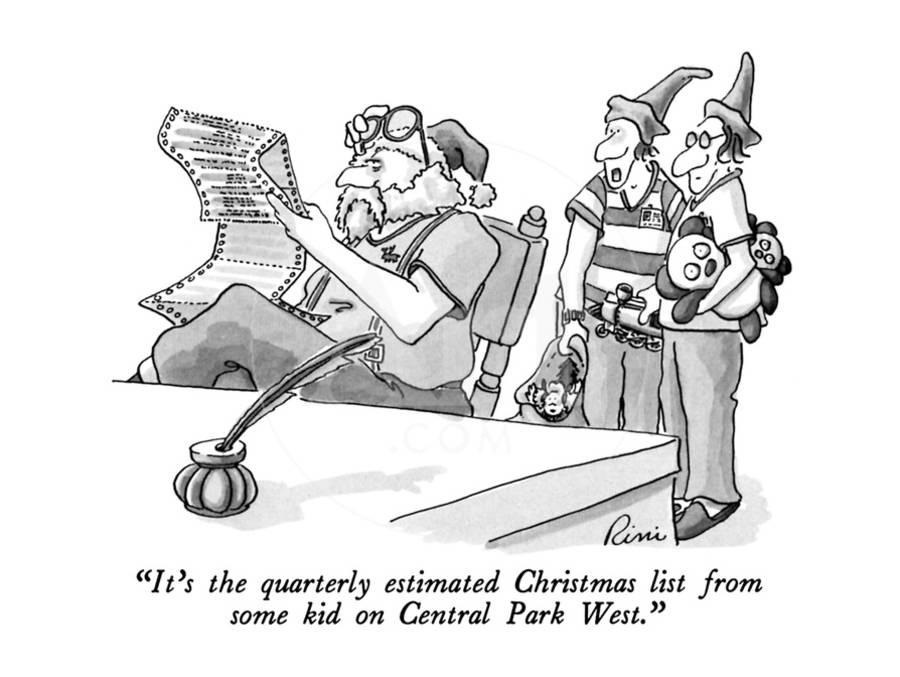 Stock prices were volatile all week, swinging wildly after staging a modest recovery to begin the week. Omicron fears were not the only issue weighing on investors. Markets were also rattled by Fed Chair Powell’s Congressional testimony stating conditions warranted considering an acceleration of its bond purchase taper schedule. Last week’s roller-coaster action was epitomized on Wednesday when stocks rallied intraday by 520 points on the Dow Industrials, only to close the session lower by 460 points.

Stocks staged a powerful rebound on Thursday on news that a second Omicron infection exhibited mild symptoms. Also helping the rebound was news that an agreement was reached in the House of Representatives to temporarily fund the government and word from President Biden that an economic lockdown was not in the plan to fight COVID this winter. Emblematic of the volatile week, stocks fell on Friday following a weak jobs report.

Markets easily digested the Fed’s early-November announcement that it would pull the trigger on its bond purchase tapering program, but were caught off-guard by Powell’s comments during Congressional testimony last Tuesday. Powell indicated that the Fed would discuss the option of accelerating its tapering plans at its next meeting.

Powell cited the risk of higher inflation and substantial improvement in the labor market as warranting ending bond purchases a few months sooner than planned. Powell sought to move away from describing inflation as transitory, acknowledging that rising energy prices, higher rents, and strong wage gains could keep inflation elevated, though he maintained inflation would decline sometime in 2022.

Whether you’re fully or partly retired, you may find that your assets are sufficient to cover your lifestyle for the remainder of your retirement. In that case, you may not feel like you need to use any additional money from your IRA. And that’s fine - until you reach age 72.

Then, the IRS will require you to withdraw funds from your IRA in statutorily-mandated annual increments known as “Required Minimum Distributions” (RMDs). The way IRAs are structured, you receive a tax deduction for making contributions on the condition that withdrawals from the account are taxed as ordinary income.

That means two things: a) you must take RMDs whether you want to or not and b) the RMD money could push your adjusted income into a higher tax bracket, depending on your taxable income.

If making regular charitable contributions is important to you, a Qualified Charitable Distribution (QCD) may be a suitable tax-relief strategy. Starting at age 70.5, you can direct IRA distributions of up to $100,000 per year to a qualified 501(c)3 charity of your choice.

This charitable distribution satisfies the IRS RMD rules. AND, because the money went to a charity, you’re not required to report the income or pay taxes on the distribution. The QCD rule permits you to deduct the donation, which lowers your adjustable gross income (AGI).

Since the IRS uses AGI in several calculations - including the taxable portion of your Social Security benefits and what deductions and credits you qualify to receive - you can minimize the impact on your other retirement benefits. Particularly if you regularly support charities, you may find the QCD rule is truly a win-win.

If this strategy is something you would like to consider doing in 2022, be sure to consult with your tax professional for guidance specific to your household. Then, we can review your portfolio to determine if your current assets can support these contributions without impacting your overall financial plan. If you’d like further information or have questions, please give our office a call.