Deteriorating investor enthusiasm for high-valuation growth companies and a mixed start to the fourth-quarter earnings season made for a volatile week.

January 18, 2009 marks the final day of a weeklong auction in which auto giant General Motors (GM) sells off historic cars from its Heritage Collection. GM sold around 200 vehicles at the Scottsdale, Arizona, auction, including a 1996 Buick Blackhawk concept car for $522,500, a 1969 Chevrolet Camaro ZL-1 COPO Coupe for $319,000 and a 1959 Chevrolet Corvette convertible for $220,000. Other items included a 1998 Cadillac Brougham, which was built for the pope. (That vehicle was blessed by the pope but never used because of safety issues; it sold for more than $57,000.) Most were preproduction, development, concept or prototype cars.

The vehicles came from GM’s Heritage Center, an 81,000 square foot facility in Sterling, Michigan, that houses hundreds of cars and trucks from GM’s past, along with documents chronicling the company’s history and other artifacts and “automobilia.” Rumors spread that the financially troubled GM was selling off its entire fleet of historic vehicles, but that was not the case. As The New York Times reported shortly after the January auction: “Much has been made of the timing of the sale coinciding with GM’s current situation, but GM is simply doing the same thing that many large-scale collectors and museums regularly do in culling certain pieces from their collections. This was hardly a wholesale dumping of GM’s heritage.” 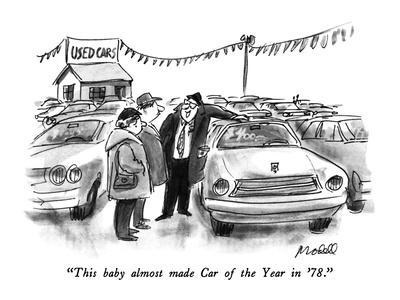 Stocks were under pressure all week as investors grappled with higher bond yields and talk of possibly four rate hikes this year. Initially, intraday declines would bring out buyers and pare the losses. Investors were particularly heartened by Fed Chair Powell’s congressional testimony on Tuesday that softened the hawkish tone found in the minutes of the Federal Open Market Committee’s December meeting.
After digesting the hot inflation reports released mid-week, stocks were unable to resist the selling pressures on Thursday. A weak retail sales number, a resumption in the rise in yields, and mixed earnings from some of the big money center banks weighed on the market during Friday’s trading.

Inflation and the Fed

Inflation reports last week continued to reflect upward momentum in consumer prices. The Consumer Price Index posted a 7.0% year-over-year jump - the biggest increase since 1982, while the Producer Price Index rose 9.7% from a year earlier - the fastest pace since 2010 when the index was reconstituted.
Markets responded calmly as both numbers were in the neighborhood of expectations and the monthly increase for each moderated from previous single-month increases. The price pressures are expected to remain in the face of continuing supply chain constraints and wage growth. The pace and persistence of price increases may influence the speed at which the Fed may tighten in the year ahead.

Once you complete this year’s taxes, you may wonder what to do with that pile of records, 1099s, receipts, and bank statements. The IRS recommends holding on to any documents related to the income you’re reporting or any deduction or credit you’re claiming, including:

• Financial records related to real property, including paperwork from the purchase or sale of a home and all documents associated with the costs of buying, selling, or managing rental properties

If you’re unsure whether to keep a document or not, err on the side of caution and store it in your files. How long you should hang on to all those documents varies, depending on the action, expense, or event that the document records. The IRS has the right to review all tax returns filed during the Period of Limitations. This is the time when you can amend your tax return to claim a credit or refund, or the IRS can assess additional tax. That period is typically three years from the date you filed for any given year.

Consider keeping some documents past three years. For example, the IRS recommends keeping employment tax records for at least four years after related taxes become due or are paid, whichever is later. Keep your property tax records until the period of limitations expires for the year you dispose of the property. Retain your tax returns and related documentation for six years or more if you have reason to believe you may have under-reported your income by 25% or more.

It’s best to create digital copies of all your documents. That way, if the printed version is lost or destroyed, you’ll have a backup. Don’t hesitate to reach out if you have questions or need some help.