Stocks extended their January retreat as worries over inflation and rising bond yields continued to exert downward pressure on prices.

On January 24, 1908, the Boy Scouts movement begins in England with the publication of the first installment of Robert Baden-Powell’s Scouting for Boys. The name Baden-Powell was already well known to many English boys, and thousands of them eagerly bought up the handbook. By the end of April, the serialization of Scouting for Boys was completed, and scores of impromptu Boy Scout troops had sprung up across Britain.

In 1900, Baden-Powell became a national hero in Britain for his 217-day defense of Mafeking in the South African War. Soon after, Aids to Scouting, a military field manual he had written for British soldiers in 1899, caught on with a younger audience. Boys loved the lessons on tracking and observation and organized elaborate games using the book. Hearing this, Baden-Powell decided to write a nonmilitary field manual for adolescents that would also emphasize the importance of morality and good deeds.

First, however, he decided to try out some of his ideas on an actual group of boys. On July 25, 1907, he took a diverse group of 21 adolescents to Brownsea Island in Dorsetshire where they set up camp for a fortnight. With the aid of other instructors, he taught the boys about camping, observation, deduction, woodcraft, boating, lifesaving, patriotism, and chivalry. Many of these lessons were learned through inventive games that were very popular with the boys. The first Boy Scouts meeting was a great success.

With the success of Scouting for Boys, Baden-Powell set up a central Boy Scouts office, which registered new Scouts and designed a uniform. By the end of 1908, there were 60,000 Boy Scouts, and troops began springing up in British Commonwealth countries across the globe. In September 1909, the first national Boy Scout meeting was held at the Crystal Palace in London. Ten thousand Scouts showed up, including a group of uniformed girls who called themselves the Girl Scouts. In 1910, Baden-Powell organized the Girl Guides as a separate organization. 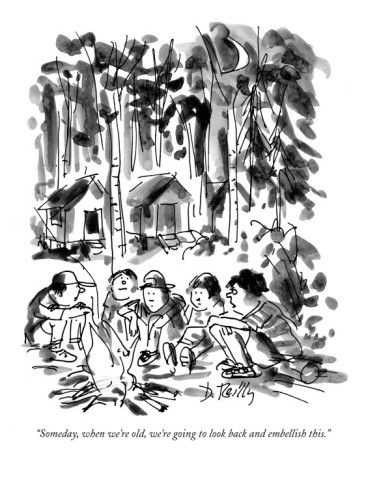 After the holiday weekend, stocks found little respite from this month’s selling pressures. The week began with the 10-year Treasury yield hitting a two-year high that triggered a broad retreat in stocks, with technology and other high-growth companies bearing the brunt of the losses. The Nasdaq Composite officially entered correction territory and closed below its 200-day moving average for the first time since April 2020.

Stocks struggled throughout the week, rallying in early trading on both Wednesday and Thursday on solid corporate earnings and stabilizing bond yields, only to end lower on late-day selling. While last year may have been distinguished by “buying on the dip,” this week reflected a different mindset, “selling on the rebound.” Stocks extended their losses in the final hours of the Friday trading session to conclude a difficult week.

Recent market volatility has stemmed predominantly from inflation concerns and how aggressive the Fed will be in fighting it. This reaction reflects the market's pricing of rate hike probabilities, and their estimation of the Fed's reaction.

Last week's interest rate futures suggested that investors expect four or five rate hikes this year, up from three to four the previous week. Markets are pricing a 32% probability of 4-5 rate hikes by December and a nearly 28% probability of 5-6 rate hikes by year-end. Of course, the Fed will act independently of the market, but it provides insight into the recent run-up in yields and continuing pressure on high-growth stock valuations.

What to do if You Get Mail From the IRS

The IRS sends letters and notices for many different reasons. Some letters need a response or action item, while some are just notices to keep you informed.

Here’s what to do if you receive mail from the IRS:

- Don’t throw it away
- Don’t panic
- Don’t reply unless directed to do so
- If a response is needed, respond in a timely manner
- Review the information to make sure it’s correct
- Respond to a disputed notice
- If you need to call the IRS, use the phone number printed in the upper right-hand corner of the notice
- Avoid scams through email, social media, or text messages

We suggest that you discuss any specific tax issues with a qualified tax professional. We are happy to answer any additional questions you might have.