The Dow Jones Industrial Average rose 1.05%, while the S&P 500 gained 1.55%. The Nasdaq Composite index picked up 2.38% for the week. The MSCI EAFE index, which tracks developed overseas stock markets, tacked on 2.73%.

On February 8, 1936, at Philadelphia’s Ritz-Carlton Hotel, University of Chicago halfback Jay Berwanger, the first Heisman Trophy winner, is picked No. 1 overall by the Philadelphia Eagles in the first NFL draft. His rights are traded to the Chicago Bears, but Berwanger never plays for them or any other NFL team.

Berwanger's contract demands were too much George "Papa Bear" Halas, the Bears' coach and owner. So, the college star became a foam rubber salesman.

"[Halas] asked me what I wanted," Berwanger told the New York Times years later. "I said $25,000 for two years and a no-cut contract. We shook hands, said goodbye and he and I have been good friends ever since."

Berwanger also worked as a sports columnist for the Chicago Daily News, a college football referee and as an assistant coach at his alma mater. He was a Navy officer during World War II. 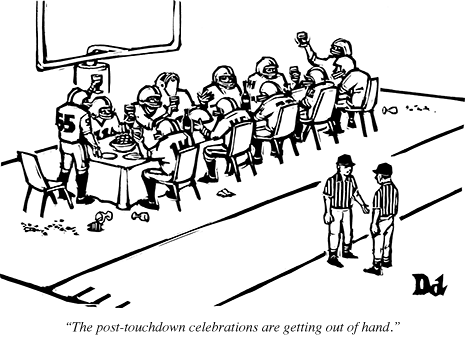 At the start of the week, stocks extended the previous week’s rally with some high-growth companies leading the move higher. Strong company profits fueled the market the middle of the week, until an earnings disappointment from a mega-cap company took investors by surprise. The earnings miss deflated sentiment as it heightened worries of what it may portend for other technology companies yet to report. These anxieties led to a sell-off that reverberated across the market.

Subsequent earnings beats from several technology and social media names, and an above-consensus rise in new payrolls on Friday, helped the market close with week with a solid gain.

At the conclusion of its two-day meeting, the central bank said it will aggressively unwind last year’s bond buying after a variety of inflation reports reached their highest levels in decades.

Although interest rates will stay near zero for now, Fed officials set the stage for the first of multiple rate hikes starting as soon as March as they look to contain soaring inflation. “With inflation well above 2 percent and a strong labor market, the Committee expects it will soon be appropriate to raise the target range for the federal funds rate,” the central bank said in a statement.

How the federal funds rate affects you

The federal funds rate, which is set by the central bank, is the interest rate at which banks borrow and lend to one another overnight. Although that’s not the rate that consumers pay, the Fed’s moves still affect the borrowing and saving rates they see every day.

Now that the central bank’s easy money policies are about to end, consumers will have pay more to borrow and still barely benefit from better rates on their deposits.

The cost of borrowing will rise

As the Fed unwinds its bond purchases, long-term fixed mortgage rates are edging higher, since they are influenced by the economy and inflation.

The average 30-year fixed-rate home mortgage has already risen to 3.75%, and could continue to climb.

As rates rise, there are fewer opportunities to refinance, although borrowers with a good credit score can still find annual percentage rates around 3.25% for a 30-year, fixed-rate refinance loan, and 2.62% for a 15-year, fixed-rate loan.

Shorter-term borrowing rates, particularly on credit cards, will head higher even faster. Since most credit cards have a variable rate, there’s a direct connection to the Fed’s benchmark, so expect your APR to rise when the Fed makes a move.

Borrowers could call their card issuer and ask for a lower rate, switch to a zero-interest balance transfer credit card or consolidate and pay off high-interest credit cards with a home equity loan or personal loan.

Additionally, cards offering 15, 18 and even 21 months with no interest on transferred balances can be very useful to help avoid credit card debt.

When the Fed does raise it benchmark rate, deposit rates will be much slower to respond, and even then, only incrementally.

While the Fed has no direct influence on deposit rates; they tend to be correlated to changes in the target federal funds rate. As a result, the savings account rate at some of the largest retail banks has been hovering near rock bottom, currently a mere 0.06%, on average.

Thanks, in part, to lower overhead expenses, the average online savings account rate is at least three times higher than the average rate from a traditional, brick-and-mortar bank.

Set aside enough cash to cover every day expenses, so you are protected against the big ups and downs. Don’t hesitate to reach out if you have any questions.