The Dow Jones Industrial Average was flat (-0.06%), while the S&Ps 500 edged higher by 0.82%. The Nasdaq Composite index gained 1.08% for the week. The MSCI EAFE index, which tracks developed overseas stock markets, lost an eye-catching 5.72%.

On February 28, 1953, Cambridge University scientists James D. Watson and Francis H.C. Crick announce that they have determined the double-helix structure of DNA, the molecule containing human genes. The molecular biologists were aided significantly by the work of another DNA researcher, Rosalind Franklin, although she is not included in the announcement, nor did she share the subsequent Nobel Prize award for it.

Though DNA - short for deoxyribonucleic acid - was discovered in 1869, its crucial role in determining genetic inheritance wasn’t demonstrated until 1943. In the early 1950s, Watson and Crick were only two of many scientists working on figuring out the structure of DNA. California chemist Linus Pauling suggested an incorrect model at the beginning of 1953, prompting Watson and Crick to try and beat Pauling at his own game.

On the morning of February 28, they determined that the structure of DNA was a double-helix polymer, or a spiral of two DNA strands, each containing a long chain of monomer nucleotides, wound around each other. According to their findings, DNA replicated itself by separating into individual strands, each of which became the template for a new double helix. In his best-selling book, The Double Helix (1968), Watson later claimed that Crick announced the discovery by walking into the nearby Eagle Pub and blurting out that “we had found the secret of life.” The truth wasn’t that far off, as Watson and Crick had solved a fundamental mystery of science - how it was possible for genetic instructions to be held inside organisms and passed from generation to generation. 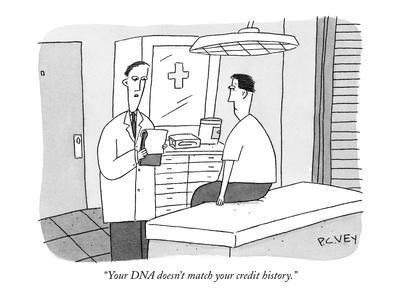 The build-up to Russia’s eventual invasion of Ukraine triggered elevated market volatility, resulting in broad-based selling that sent the S&P 500 into correction territory as the holiday-shortened week of trading began.

The sell-off culminated on Thursday morning following the overnight incursion of Russian troops into Ukrainian territory, though markets staged a powerful late-day recovery that coincided with President Biden’s announcing fresh sanctions against Russia. The afternoon rebound was remarkable, as the S&P 500 ended 1.5% higher after being down more than 2.6%, while the Nasdaq Composite closed 3.3% higher after dropping nearly 3.5% intraday. Thursday afternoon’s momentum continued into Friday as stocks rallied to end the week in positive territory.

Setting aside the more important aspects of the human cost and damage to world order, Russia’s invasion of Ukraine introduced an acute layer of uncertainty into many layers of the financial markets. The immediate repercussion was the impact on global economic recovery due to rising energy prices, which reduce consumers’ discretionary spending and saddle businesses with higher costs.

The inflationary impact of higher energy and other prices, along with the prospect of decelerating economic growth, also complicates the Fed’s strategy to guide interest rates higher. Already, the probability of a 50 basis point interest rate hike at the Fed’s March 2022 meeting seems less likely than it was just a week ago. Finally, Russia’s actions have raised new concerns over second-order effects that could further unsettle markets, such as a new round of supply-chain disruptions.

Like many Americans, you probably saw at least a few Super Bowl advertisements this year for the cryptocurrency industry. And if you’ve been paying attention to the news, there’s no question you’ve heard of someone creating a cryptocurrency wallet. With all the excitement, you may even be tempted to invest in, or mine, cryptocurrency yourself.

But before you dive in, you should know that cryptocurrency is inherently risky.

Unlike banks and brokerages, there's no regulatory body watching over the crypto market, which reports to the state and federal government. In addition, crypto prices are heavily susceptible to sentiment. As sentiment changes, prices shift - sometimes drastically. In other words, cryptocurrency is driven mainly by the hope that someone will purchase it for more in the future than the initial investment.

At the same time, many cryptocurrency exchanges have become targets for criminals. For example, did you hear about what the Justice Department has called its "largest financial seizure ever?" A couple was recently accused of conspiring to launder billions of dollars worth of bitcoin stolen during a 2016 hack, which targeted a well-known virtual cryptocurrency exchange.

It’s natural to be excited about a new opportunity, especially one with as much media buzz as cryptocurrency continues to generate. But before you get started, it's crucial to research and understand the risks. We’re always here to help answer questions regarding this topic or anything else.