War in Ukraine weighed on stocks as investors assessed the economic impact of continued hostilities, expanding economic sanctions, and potentially higher inflation due to rising oil prices and new stresses on the global supply chain.

On March 8, 1817, the New York Stock Exchange was formally created; it became one of the world's largest marketplaces for securities and other exchange-traded investments.

The exchange evolved from a meeting of 24 stockbrokers under a buttonwood tree in 1792 on what is now Wall Street in New York City. It was formally constituted as the New York Stock and Exchange Board in 1817. The present name was adopted in 1863. For most of the NYSE’s history, ownership of the exchange was controlled by members - limited (since 1953) to 1,366 - and the only means of obtaining a membership was by purchasing (since 1868) a seat from an existing member. 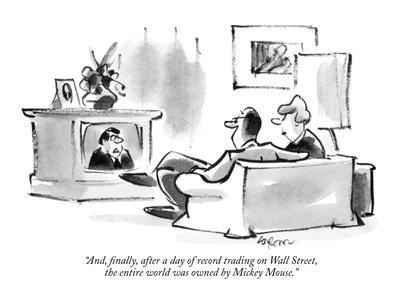 Stocks rebounded mid-week following the release of positive economic data and Congressional testimony by Fed Chair Jerome Powell, who said the Fed is likely to move forward on rate hikes, but would proceed cautiously. Investor enthusiasm was short-lived, however, as stocks resumed their decline on Thursday into Friday despite a strong employment report.

Fed Chair Powell told Congress on Wednesday that he would propose a 25 basis point increase in the federal funds rate when the Federal Open Market Committee meets in mid-March. He conceded that the invasion of Ukraine and the economic sanctions against Russia introduced a level of uncertainty and that the Fed would proceed carefully with monetary tightening.

Powell also testified that he would not have the Fed’s strategy to shrink its balance sheet finalized before the mid-March meeting. Alluding to the urgency of fighting inflation, Powell left the door open to more aggressive rate hikes later in the year.

One of the biggest decisions to make in retirement is ensuring you have the health care coverage you need, when you need it. Medicare can be a complicated program to navigate and as you approach the time in which you can begin enrollment in the Medicare program, we thought we’d send along resources to make the process easier.

It’s helpful to understand the basics to choose the best options for your health and budget. With certain parts of Medicare offered by the government and other options available to purchase through private insurers, putting all the pieces of the puzzle together can be complicated. Here are the main features of Medicare to be aware of as you determine your needs and when you should opt into Medicare coverage:

Eligibility: Medicare is available to individuals ages 65 and older, younger people with certain disabilities, and those with End Stage Renal Disease (ESRD).

Coverage: The Medicare program is broken down into four main parts: A, B, C, and D. Each covers different areas of health care. Some plans are government offered and some are offered by private healthcare companies for a separate cost.

Here are the overarching coverages of each plan:

Part C: Combines A & B with dental, vision, hearing, and/or prescription drug coverage

Enrollment Periods: Initial enrollment spans a total of seven months; the three full months before your 65th birthday, your birthday month, and the three months after. Unless you qualify for a Special Enrollment Period, failure to enroll at age 65 will result in a permanent penalty of 10% for every 12 months you could have enrolled but did not. There are also several general enrollment periods each year for specific purposes.

Premiums: While most don’t pay a premium for Part A, premiums for Part B & D are dependent on income, higher-income earners will pay escalated premiums. If you do not receive Part A for free, you will be responsible for paying a premium for that part, as well.

The particulars of Medicare can be intimidating and budgeting for this expense in retirement is crucial. We can help you create a plan that suits both your medical and financial needs. Please let us know what questions you have and how we can help!