Intensifying hostilities in Ukraine continued to unsettle markets, as investors grappled with the war’s impact on the global economies.

The first St. Patrick’s Day parade took place not in Ireland, but the United States. Records show that a St. Patrick’s Day parade was held on March 17, 1601 in a Spanish colony under the direction of the colony's Irish vicar, Ricardo Artur. More than a century later, homesick Irish soldiers serving in the English military marched in Boston in 1737 and in New York City on March 1762. As the years went on, the parades became a show of unity and strength for persecuted Irish-American immigrants, and then a popular celebration of Irish-American heritage. The party went global in 1995, when the Irish government began a large-scale campaign to market St. Patrick’s Day as a way of driving tourism and showcasing Ireland’s many charms to the rest of the world. These days, March 17 is a day of international celebration, as millions of people around the globe put on their best green clothing to drink beer, watch parades and toast the luck of the Irish. 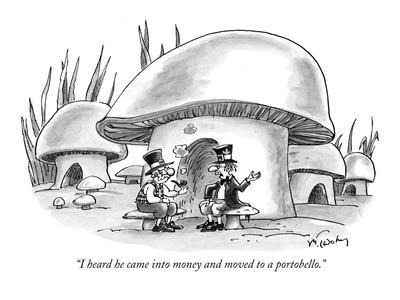 Markets gyrated last week as Russia escalated its attacks on Ukraine, the U.S. banned imports of Russian oil, and more companies announced the suspension of business in Russia. Eastern Europe has added complexity to the Fed’s plans for raising interest rates to manage accelerating inflation, which has been exacerbated by a sharp rise in energy and other commodity prices.

The stock market saw brief moments of respite. Stocks rallied Tuesday on a news report that Ukraine would promise not to pursue NATO membership, but lost momentum before the close. Stocks rallied on Wednesday as oil prices tumbled, but were unable to follow-through on Thursday and then faded further into Friday’s close.

Many economists hoped that inflation pressures would ease, but February’s inflation number suggested that the impact of sanctions and supply-chain disruptions due to the invasion of Ukraine may likely feed further price increases for the foreseeable future.

Parents are constantly teaching their children about money management, whether they’re aware of it or not. Kids pick up on whether you plan your shopping, put money into savings, or spend irresponsibly. At its most fundamental, teaching money management to children is about setting a good example. You should also take the time to help your children learn how to manage money with specific lessons. Here are 5 good money management lessons to teach your kids:

1. Start With Physical Currency, Then Teach About Banks

With younger children, physical currency is a great, tangible way to learn about money. Whether you teach them to put their coins in a piggy bank or keep paper money in designated envelopes, handling money demonstrates the basics of money management.

2. Teach Kids About Saving, Sharing, and Spending with Allowance

Whether allowances are tied to chores is an individual decision for each family. One method that works well is to give kids a flat allowance in exchange for the basics expected of them (like making their beds and feeding household pets), and giving them the opportunity to earn more with bigger chores (like mowing the lawn or handling the family laundry). However you deal with allowances, you should emphasize that saving and sharing are just as important as spending.

Children in elementary school can understand the basics of comparison shopping. Let kids see you making a shopping list and looking at sales circulars in order to note where certain items cost less. Take your child grocery shopping with you and show how you compare brands to make your money buy more.

Middle school-age kids may not be eligible to get a traditional job, but that doesn’t mean they don’t have opportunities to earn extra money. Here are some ways kids can earn a little extra:

• Organizing and setting up a family garage sale
• Doing yard work in summer, and snow shoveling in winter for neighbors
• Babysitting
• Doing housework for elderly neighbors
• Tutoring students who are struggling with academic subjects
• Pet sitting and dog walking

5. Teach Children the Importance of Giving

While earning, saving, and spending are important, so is helping out those less fortunate. Explain to your kids why you give money to charity and encourage them to give some of their allowance or other earnings to the less fortunate.

Sound money management is one of the most valuable life skills you can teach your children, and starting when they’re young is best. Demonstrating good money management yourself is extremely important, because kids are so good at absorbing what’s going on around them. Tailor your money management lessons to their age and maturity level, and you lay a solid foundation for good money management skills once they’re grown and out of the nest. Please feel free to contact us regarding this topic or anything else.