On Friday, a sharp sell-off sent major stock market indices into negative territory for the week, capping a volatile close to April.

The 148th running of the Kentucky Derby will occur on Saturday, May 7, 2022. Here are some fun Derby facts:

Nineteen past winners have had names beginning with the letter "S," including Secretariat.

Only three horses raced in the 1892 Kentucky Derby.

The traditional drink of the Derby is the mint julep, and over 120,000 are said to be consumed at the race each year.

Only 3 year-old horses are allowed to compete in the Kentucky Derby.

The youngest jockey to win the esteemed race, Alonzo "Lonnie" Clayton, was just 15 come Derby day in 1892. Bill Shoemaker continues to hold the title as the oldest winner; he was 54 when he took home the 1986 title.

The Derby is also referred to as 'The Run for the Roses' because the winner is awarded a blanket sewn with over 400 roses post-race. This blanket weighs about 40 lbs.

Post No. 1 has become known as "the dreaded rail" due to its tendency to leave horses boxed in behind other racers, making it difficult to pull away from the pack.

Starting posts #5 and #10 have proved to be the luckiest—riders assigned to those posts have won more times than any of the other starting lanes.

1919 champion Sir Barton was the first Triple Crown winner, however he hadn't won a race before arriving at the Derby.

Churchill Downs Racetrack was not the official name of the track until 1928. 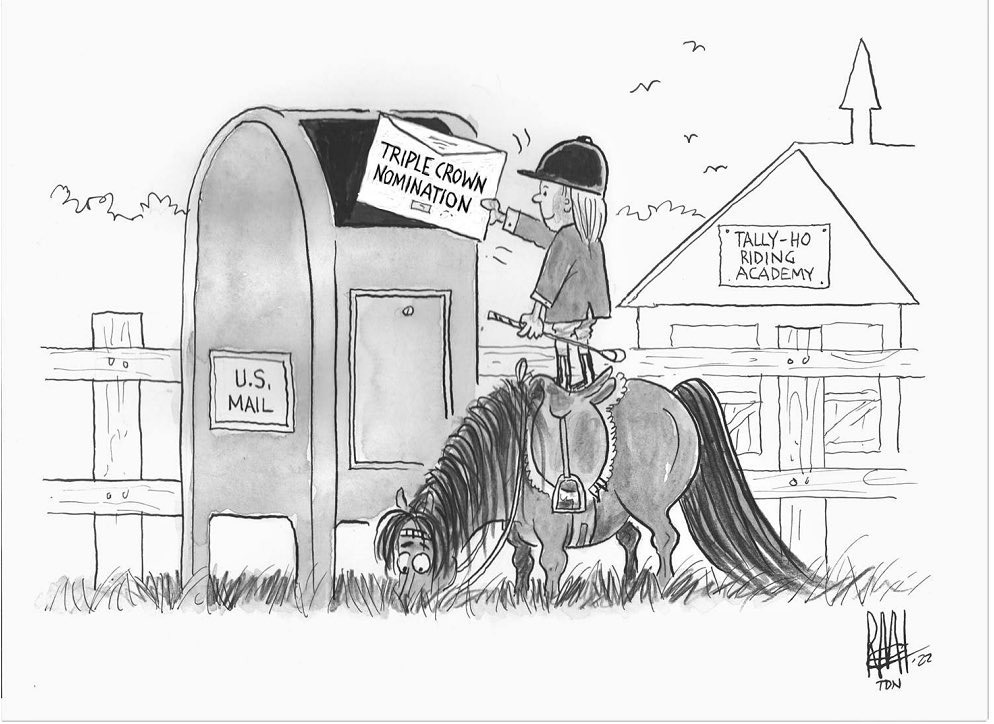 Trading was volatile in the final week of April as investors struggled with the crosscurrents of global economic growth anxieties stemming from widening COVID-related lockdowns in China and a fresh batch of corporate earnings reports.

Monday set the tone for the week. Stocks staged an intraday reversal, wiping out a deep morning decline to end the day higher. After broad losses on Tuesday and a choppy session on Wednesday, stocks mounted a powerful rally Thursday thanks to positive corporate earnings reports, overcoming a disappointing first-quarter Gross Domestic Product report. Stocks could not sustain Thursday’s momentum, as Friday witnessed a broad-based retreat to cement another week of losses.

Following the torrid 6.9% annualized GDP growth rate in the fourth quarter, economists had expected economic growth to moderate to about a one-percent gain in the first quarter. Instead, the economy shrank at an annualized rate of 1.4%, dented by a slowdown in inventory investment by businesses, a jump in the trade deficit, and a decline in defense spending.

Consumer spending held up, rising 2.7%, though the gain was amid higher prices. Some economists expect the economy to resume its expansion for the remainder of the year, which may be one reason investors shrugged off the negative surprise.

Are you confident that your money is in the best type of retirement account for you? There are a few options, including a 401(k) (or equivalent for public sector employees), a traditional IRA, and a Roth IRA. In general, it’s possible to contribute to all three each year, they have their own tax benefits, and all have specific penalties and restrictions. So, how can you know which is right for you?

What are the basics? A traditional IRA works a lot like a 401(k). Any money you add to the account can be deducted from your taxable income each year, assuming it's pre-tax (that’s not a complicated step: contact your HR or payroll department to set up a payroll deduction that adds pre-tax money directly to your IRA each time you get paid).

A quick caveat: under current law, the deductibility of IRA contributions may be reduced or eliminated if you or your spouse are covered by a retirement plan at work and earn above a specific adjusted gross income level.

Flexible investing options. Most 401(k)s have a limited set of investment options to choose from. IRAs, on the other hand, let you invest in practically anything you want. All gains in the account are tax-deferred, meaning that you pay taxes only when you withdraw funds from the account. This flexibility means we can potentially tailor your portfolio to align with your financial goals.

No taxes until retirement. Distributions from a traditional IRA are penalty-free after reaching age 59.5. Any withdrawals are then taxed at your ordinary income rate (no taxes in, taxes out).

A Roth IRA is a retirement savings account where distributions aren’t taxed, provided contributions are made with after-tax funds. Unlike a traditional IRA, withdrawals of both principal and interest occur tax free. This can amount to decades of tax-free growth. And just as importantly, it can result in decades of tax-free income during retirement.

Early withdrawals. Roth IRAs only penalize you for withdrawing investment earnings (not contributions) prior to age 59½. So if you need emergency cash, you can access some of the money penalty-free.

Home purchases. Once you’ve owned your Roth IRA for five years or more, you can withdraw up to $10,000 to purchase a home, penalty-free.

No Required Minimum Distributions (RMDs). Unlike traditional IRAs and 401(k)s, there are never any RMDs for Roth IRAs, so you can maintain the Roth IRA indefinitely.

Income limits. There is an income cap for being able to contribute to a Roth IRA. However, there are no income limits on your ability to convert a traditional IRA to Roth IRA.

401(k)s are employer-sponsored retirement accounts funded using pre-tax payroll deductions. That means you contribute a portion of your paycheck each pay period into the 401(k). This way, your contributions are 100% tax-deductible under current regulations. Also, 401(k) contributions grow tax-deferred, which means that you pay taxes when you take the money out rather than each year. You can start using the money after reaching age 59.5, though there are other ways to use the money beforehand.

What is an employer match? The best part of a 401(k) is that employers can match your contributions up to a specific amount. The employer-match benefit grows your investment amount immediately, accelerating your retirement savings.

The biggest drawback to a 401(k) is that you are penalized for accessing the money before age 59.5. Current guidelines call for a 10% penalty plus your ordinary income tax rate to be assessed on any early withdrawals. So, suppose you’re in the 25% tax bracket, and you withdrew $10,000 from your 401(k) without returning it. Then, you’d owe a penalty of $3,500 on the withdrawal (25% tax plus 10% penalty).

Fortunately, many 401(k) plans contain a loan provision, which allows you to borrow up to 50% of the balance or up to $100,000 of the vested balance, whichever is less. There are important financial considerations to review before borrowing from your 401(k), so please reach out to our office if you’re thinking of going that route.

We are happy to speak to you regarding these topics or anything else of interest to you.